Technology, budgets and strategy are on the agenda for this week 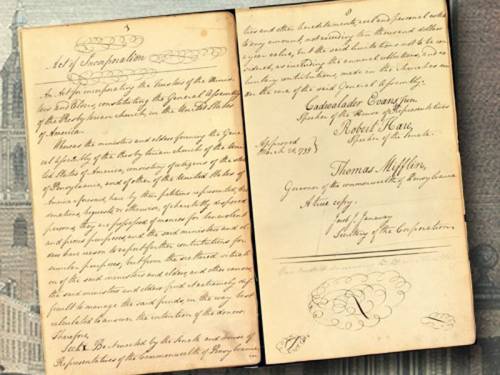 LOUISVILLE — Presbyterian Church (U.S.A.), A Corp is not new, though it may look a little different these days.

The denomination’s article of incorporation is dated 1799 and its purpose is pretty much the same today as it was then: to act as the corporate entity for the denomination — holding title to properties, engaging in legal responsibilities with the secular world, being a good and ethical employer and complying with laws that govern business activities.

“We are a church, but A Corp is how we transact business with the rest of the world,” says Kathy Lueckert, President of A Corp. “We are accountable to the General Assembly and we have assets that have to be managed and accounted for carefully.”ad

Looking back at the almost two years since the 223rd General Assembly (2018) voted to approve the recommendation to reconfigure the board of the Presbyterian Church (U.S.A.), A Corporation into its current structure, Chris Mason, who is co-chair of the A Corp board along with Bridget-Anne Hampden, said, “The biggest challenge was figuring out how much we did and did not know. In some areas, we knew more than we thought we did. In others, we found we knew very little. As one of our board members is fond of saying, ‘Sometimes it is like you are still building the airplane while it is flying.’”

Mason added, “The biggest surprise was a good one. Once you get behind the different acronyms for the different parts of the national denomination, people’s commitment to the work of the Church as a whole is actually almost universal.”

The A Corp board meets Thursday and Friday in Louisville and one item on their agenda is the approval of a proposed Business Plan that outlines the strategy, work and goals of each department that makes up the Administrative Services Group (ASG) — Finance, Accounting, Reporting, Treasury, Legal Services, Human Resources, Internal Audit, Global Language Resources, Information Technology, Distribution Services, Mail/Print Services, Research Services, Risk Management and Building Services.

The newest department in the ASG is Global Language Resources, led by director Jason Raff. At this week’s meeting, Raff will be sharing progress on the development of this new department and its processes. “Jason brings a wealth of skills, abilities and knowledge of how to set up a translation and interpretation function,” Lueckert said. “He is developing the process and instituting the technological mechanisms to help us take our language hospitality to a new level.”

Currently, the focus is on Spanish and Korean, but there are demands for other languages. Those capabilities are being explored as well. Technology in the area of interpretation has advanced, so the department is looking at it to help speed up the process, learn the Church’s terminology, and, with smart technology, improve quality and turnaround time.

Another position recently filled is that of General Counsel. Michael Kirk, the previous Associate General Counsel, has been named to that position. In addition to their responsibilities, attorneys with Legal Services support all of the client partners during General Assembly in a variety of capacities.

The last leadership position to be filled in ASG is that of the Chief Financial Officer/Chief Operations Officer combination role. This person will not only have the responsibilities of the financial and operations side of ASG, but management and oversight to Information Technology, Building Services, Mail and Print Services, and Presbyterian Distribution Services and Hubbard Press as well. The goal is to have the position filled prior to the assembly, which meets in Baltimore June 20-27. 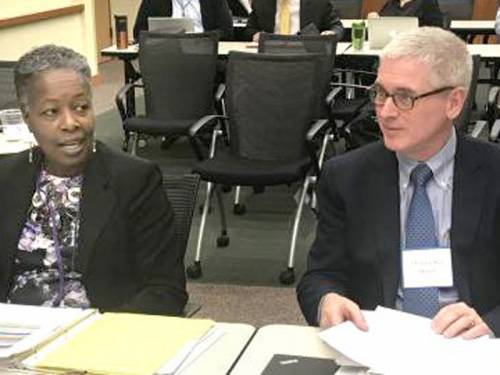 Bridget-Anne Hampden and Chris Mason are co-moderators of the A Corp Board of Directors. (Photo by Mike Ferguson)

Looking ahead at the 224th General Assembly, Lueckert sees A Corp and ASG as a resource to committees and staff. “Our role is to support decisions, not make them,” she said.

Lueckert has been in the President role since August 2019, and her confirmation will be held at the General Assembly this summer.

“The assembly is evolving,” she said. “With the influence of technology and the expectation of real-time information, everything is shifting. We are a different church from several assemblies ago.”