Search the margins for the hidden God 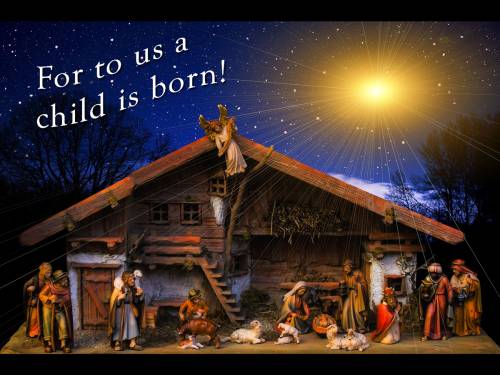 1 In those days a decree went out from Emperor Augustus that all the world should be registered. 2 This was the first registration and was taken while Quirinius was governor of Syria. 3 All went to their own towns to be registered. 4 Joseph also went from the town of Nazareth in Galilee to Judea, to the city of David called Bethlehem, because he was descended from the house and family of David. 5 He went to be registered with Mary, to whom he was engaged and who was expecting a child. 6 While they were there, the time came for her to deliver her child. 7 And she gave birth to her firstborn son and wrapped him in bands of cloth, and laid him in a manger, because there was no place for them in the inn. The Shepherds and the Angels 8 In that region there were shepherds living in the fields, keeping watch over their flock by night. 9 Then an angel of the Lord stood before them, and the glory of the Lord shone around them, and they were terrified. 10 But the angel said to them, “Do not be afraid; for see — I am bringing you good news of great joy for all the people: 11 to you is born this day in the city of David a Savior, who is the Messiah, the Lord. 12 This will be a sign for you: you will find a child wrapped in bands of cloth and lying in a manger.” 13 And suddenly there was with the angel a multitude of the heavenly host, praising God and saying, 14 “Glory to God in the highest heaven, and on earth peace among those whom he favors!” 15 When the angels had left them and gone into heaven, the shepherds said to one another, “Let us go now to Bethlehem and see this thing that has taken place, which the Lord has made known to us.” 16 So they went with haste and found Mary and Joseph, and the child lying in the manger. 17 When they saw this, they made known what had been told them about this child; 18 and all who heard it were amazed at what the shepherds told them. 19 But Mary treasured all these words and pondered them in her heart. 20 The shepherds returned, glorifying and praising God for all they had heard and seen, as it had been told them.

It’s Christmas! Every time we celebrate Christmas, we affirm that the Kairos of God has arrived with the force of a hurricane yet the gentleness of a breeze.

Christmas is the recovery of the identity of humanity. God came to us to affirm the wisdom of children and the greatness of the humble. One of the most incredible paradoxes of Christmas is the “incognito” character of the arriving visitor. God comes as a stranger; nobody knows who he is. According to the prophecy, the Messiah is anticipated, but comes as no one expects him.

Nobody knows who he is or how and when he will come but we do know where he comes from. Eugene Peterson in his translation of John 1:14 says, “God became flesh and moved into the neighborhood.” Nobody expected that! Nobody imagined God living in their neighborhood!

Isaiah’s announcement described the Messiah as a vulnerable baby. We also know he would be born among the poor and, as a poor man, he would be adored by peasants, and at his birth foreigners and people from all over would be called to form a new people. In other words, the Messiah would come from the marginalized.

The experience of Christmas comes from the margin. The message of Christmas is that from the margin life is changing; from the margin comes hope. God is hidden behind the common faces of the people in the neighborhood. God hides in the faces of hungry children. God is suffering with the pain of abused women. God sweats on the poorly paid worker’s shirt, experiences the frustration of the illiterate who does not understand the newspapers or drug prescriptions, dies daily with those suffering from curable but not profitable diseases.

God cries for being discriminated against because of a race, religion, culture, gender or economic level. The God who is called ugly, hateful and derogatory names. The God who is accused of being poor because he or she is considered lazy and doesn’t work hard enough, so he or she will stay poor for not “being an entrepreneur” and not “wanting to succeed.”

The God who the “respectable society” calls a prostitute because she sells her body to support her children in a society that took away all her opportunities. The God who experiences social rejection because of a sexuality not chosen yet is repudiated and vilified. The God who crosses the Rio Grande and the Arizona desert fleeing poverty and violence yet suffers abuse, persecution and jail. The God who speaks Creole and Spanish as a descendant of Haitian parents living in the Dominican Republic and is rejected by the Dominican laws that deny their rights to be citizens.

Inside all of them lives the One whom John Calvin called “Deus Incognito,” the hidden God. This “hidden” God did not enter the lives of these people by mistake. Instead God decided and chose to live the lives of the “least of these” to affirm that from the margins of society and from marginalized people, history can be changed. The hidden God, present in the lives of the humble and the most vulnerable people, can be “discovered” only when we join them in the fight for justice and peace. Justice for the marginalized and peace on Earth is the message of Christmas, the message of the “Hidden God” for each of us. 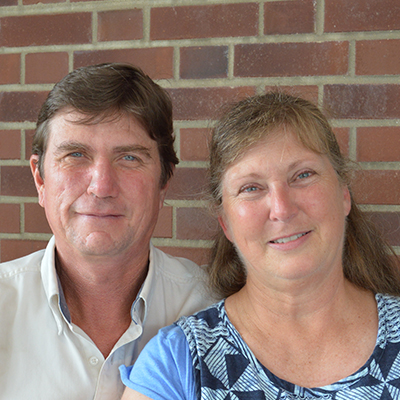