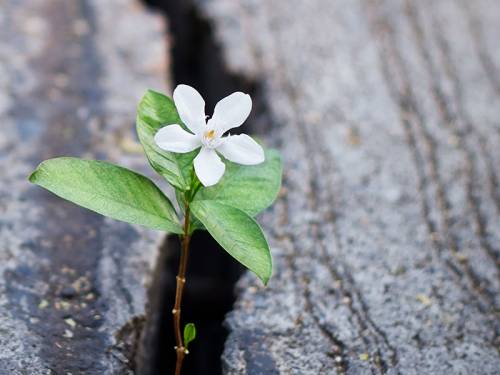 Dec. 2, 2012. It was the first Sunday of Advent and the congregation of Valley Presbyterian Church in Brookfield, Connecticut, gathered in its spacious sanctuary, designed with windows looking out onto the peaceful woods outside. They were there to celebrate the installation of their new pastor, the Rev. Adele Crawford.

As the setting sun cast a glow on the faces of those present, the constitutional questions of the PC(USA) were asked. Among them, one addressed by an elder to the congregation:

Do we promise to stand by our pastor in trouble and share her joy?

The reply: We do.

Little did the congregation know that that promise would be one they would be called upon to fulfill. Not just to Crawford, but to each other and to their neighbors in Newtown.

Do we promise to stand by each other in trouble … ?

On Dec. 16, the third Sunday of Advent, the congregation of Valley Presbyterian was gathered again in the sanctuary. The once peaceful woods outside the windows now whispered a painful reminder of just how the world can be as barren and desolate as trees’ bare limbs.

The pink candle on the Advent wreath — known as the “joy” candle — was lit. Its tiny flame flickered precariously, but those gathered held on to a promise greater than the one they had recently made to stand together. They held on to the Christmas promise of a light in the world that no darkness can overcome.

“We are all broken,” Crawford said, adding that Sandy Hook and more recent shootings remind us in tangible ways how broken our world is. “But our hope continues to be in the incarnate Christ.”

God is right there in the mess, she added, and we find ways to “do good to counteract the evil.”

Originally Crawford’s installation service was going to be held after the busy Advent and Christmas seasons.

Looking back, though, Crawford, a former singer with New York’s Metropolitan Opera, is grateful that the installation took place when it did, helping to solidify the new relationship between pastor and congregation before trials came.

“We had already stood up together and covenanted with one another,” she said. Such an act reinforced Valley Presbyterian in seeking ways to be the church in action.

“This congregation was a compassionate, loving group of people before Sandy Hook, and that is definitely true after Sandy Hook. We have responded and continue to respond by making time and space for one another to heal,” Crawford said.

Part of that space Crawford refers to is the reminder on the church’s website that those suffering, even five years later, do not have to suffer alone.

As Crawford wrote, “The tragedy at Sandy Hook Elementary School has deeply affected us all, in various ways. We will all be grieving the event for a long time to come. Sometimes grief appears as utter fatigue, a sudden and unexpected onset of sadness, anger, anxiety, an inability to concentrate, a lack of interest in normal activities, difficulty sleeping, nightmares, etc. If you or someone you know is struggling with any of these things, please do not hesitate to call or email. We are all in this together; you don’t need to suffer alone.”

Crawford and her congregation are aware, too, that while time is said to heal all wounds, such a grief experienced on Dec. 14 “will always be central to the families of Newtown.”

And so, each anniversary the church seeks to do its part in the healing process, providing either spaces for quiet contemplation and meditation or spaces to come together and serve side by side.

One year, for example, on a snowy Saturday morning young and old gathered for a meditative worship service. Scripture was read, songs were sung and prayers were recited. Afterwards, 30 fleece blankets were donated to an agency serving seriously ill hospitalized children. Another year, Valley Presbyterian marked the Sandy Hook anniversary by putting birthday boxes together for children staying at a local women’s shelter. And yet another December, Christmas cookies were decorated and taken to homebound members.

“Out of the ashes, God does God’s best work,” Crawford said.

A deacon with a love for poetry

Lea Attanasio is an example of God’s best work emerging from the ashes, Crawford said. A deacon at Valley Presbyterian, Attanasio was already tending to the sick, the lonely and the heartbroken in the church family. After Sandy Hook, Attanasio took her call to help others in a most unconventional way. Writing poetry — together.

“Writing is very therapeutic and poetry is a freer form of writing,” Attanasio said.

At the time of the shooting, Attanasio was a fourth-grade teacher at Hawley School, just a mile down the road from Sandy Hook Elementary. Her friend Carol Ann Davis, a professor of writing at Fairfield University, had two young sons in Hawley.

Both women had talked about doing a creative writing workshop together, but nothing moved past the dreaming stage. Now, with the shock and grief of a shooting so close to home, Attanasio and Davis knew the shattered community needed something to bring it together.

“Lea and I sought to reaffirm our conviction that writing together creates and enhances community,” Davis said.

In the spring of 2013, the Newtown Poetry Project was launched and held at Hawley School. Children and adults filled the room and gathered around a table covered with white butcher paper. They were invited to express their feelings with either written words or pictures. By the end of the six-week workshop, the pristine butcher paper was a rainbow of colored marker scribbles and squiggles, all speaking of hope and gratitude for being together. And many of those words and pictures made their way into beautiful prose. (See some of the poetry at the end of this story.)

“The poetry workshops help people access their feelings in a safe space — sadness, anger, regret, fear, love, gratitude, thanks — all can, and need to, be expressed,” said Crawford.

Valley Presbyterian hosted the Newtown Poetry Project in 2014, and many of Attanasio’s faith family got to experience the healing art of poetry writing then. The workshops have rotated to other community locations over the years. At the end of each workshop, the poems are published in a book and given to participants.

“It is inspiring to see what Lea has done,” Crawford said, again referring to good work coming out of ashes.

While the free workshop, supported by funds from the Connecticut Writing Project and Fairfield University, started as an outlet to process the raw emotions of Dec. 14, the goal of the project has not been to write about tragedy (unless participants chose to), as Davis explained in the introduction of one of the first poetry books. Rather, the goal of the project was to invite young and old to explore their lives and the places they loved.

“We looked for the good and the beauty in life, and this (writing) gave us hope in a better tomorrow,” Attanasio said. “Gathered in a room together, many cast aside fear and put their faith in the future and in one another.”

Over the years, workshops have hosted 30 to 58 people. The youngest poet was in second grade and the oldest was a 70-year-old grandmother, said Attanasio, who now works as a library media specialist in Greenwich, Connecticut.

“Carol Ann and I have been pleased to learn from the participants every year about how meaningful they found the workshop,” Attanasio said.

During the first weeks of a workshop, she added, many participants are quiet and reserved, reluctant to share their writing or thoughts. Over the course of the workshop, a change happens.

“It becomes a community of writers, but more importantly, an intimate group of people that truly care about one another,” Attanasio said.

Anyone passing through Newtown today might look around and say nothing has changed. Everything has gone back to normal since the event five years ago — just a couple of new restaurants, a new hardware store and a smattering of new houses around town.

“But we are changed. Forever changed,” Attanasio said. “The poems we wrote helped us see that ‘the rules’ in life don’t always apply and that amid chaos, we can find comfort, light and love.”

Early in the Newtown Poetry Project, someone remarked to Attanasio that they were lucky to reflect on their values, priorities and beliefs together as a community, all at the same time.

“I guess we are lucky, because we learned that at the end of the day, all that really matters are the people in our lives and, I believe, God,” she said. “While there are horrific memories and tragic losses we will never forget, it is the ultimate comfort to know that God is right by our side, every minute of every day. All things are possible — most of all, hope and love.”

Donna Frischknecht Jackson is the interim editor of Presbyterians Today.

Some poetry from the Newtown Poetry Project

Avengers assemble!
Okay, maybe not as cool,
but Newtown has a superpower
just the same.
We don’t have the Hulk,
but we do have
25-year-old guys playing
Dungeons & Dragons,
Cave Comics,
Caraluzzi’s,
Hawley School.
Sandy Hook village,
the arcade.
Our super power is staying
together.
Newtown is home.

a bell rings in the distance
a reminiscent chime
of the past and of sadness
of things too difficult to
remember
but impossible to forget
bong bong
make it stop
silence the images
erase the deed
turn back the clock
turn off the dark
undo the done and
let in the light
strike the bell
let it sing
its song of peace and forgiveness
let it ring and ring and ring
so that we might never forget
and always remember.

Home is Where the Heart Is

Home is where the heart is
The heart is in my town
My town is filled with amenities
that can’t be beat
Edmond Town Hall, so calm
and so fun
Two dollar movies and one dollar
popcorn
So buttery and crunchy
Fit perfectly in my budget
The C.H. Booth Library
Brimming with books
An overwhelming smell of
ancient buildings
And crisp yellow pages
A comforting scent
The flagpole stands strong and
sturdy
The metal smooth against my
palm
The red, white and blue flaps in
the wind
Rustling fabric is all I hear
Besides laughing smiles
And footsteps leaving
Footprints of love
We are Newtown.
My home
Where my heart is.

I share my room with my little brother
We have a bunk bed
We have tons of Legos scattered about the floor —
One set of which makes an apartment building.
I built it myself
My brother broke it three times
And my dad helped me fix it three times
I have to share everything with him
I don’t always like it because he goes in my bed without
permission.
But I do like it when mom snuggles him at bedtime
She lays down with him
I sleep in the top bunk
Actually, we share the snuggle.