Make A Donation Click Here >
Home › We are the racist culture 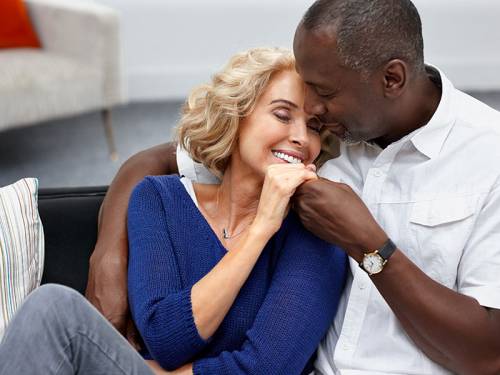 “I was raised to believe that skin color and ethnicity don’t matter. It never occurred to me that not everyone wanted to live that way until a classmate at seminary told me otherwise.” Dean Mitchell/Getty Images

I can still remember my first encounter with an overt racist. I must have been 8 or 9, and my friend and I were in the back seat. Her mom was driving and started talking to me.

“I was watching a baseball game the other night, and they showed a shot of a really beautiful woman in the stands,” she said. I thought, Who cares? I was going to ignore her, but I caught her eye in the rearview mirror and she had the mom look that told me I should listen.

“I thought she was so lovely,” she continued, her eyes flicking again to the mirror to look at me. “But then they showed her husband at bat. He was a black man.” She paused. “You know, after seeing him I didn’t think she was so pretty anymore.” I felt her eyes on me again.

Chances are that later that day I went back to the miniature golf course my dad and mom ran each summer and spent another afternoon with my friends Alan and Paul, who were black.

Later, it became clear to me what my friend’s mom was trying to tell me. Playing with black boys will diminish you. Make you less than. Today, I understand she was a racist.

It can be so easy to lob the racist word at people whose anger and disdain of others is overt, people like those in Charlottesville. It’s easy for me to remember my friend’s mom and to judge her. But doing this only makes racism her problem, not mine. Racism is my problem, too.

It’s only been through people who have challenged my views that I have been able to realize that even though I would never want to be called a racist, there are times when I’ve said and done things that have indeed been racist. Importantly, I didn’t even realize it.

One of the stories in this issue is about a church that is sponsoring a group modeled after the 12-step Alcoholics Anonymous program. Talking about our experiences in the context of a 12-step program is a great way to face our own racism.

In 12-step programs, the first step to dealing with a problem is admitting there is a problem.

So, I admit to you that I am racist. I hate the way those words look on the page. I want to qualify them with words like unintentional or occasional. I want them to not be true. I don’t feel like a racist.

My husband has a saying, “You’re not in traffic; you are traffic.” We don’t live in a racist culture; we are the racist culture. By virtue of my skin color and culture, I am part of the racial inequality in America.

Steps four and five of the 12-step program call for a fearless moral inventory and admission to the exact nature of our wrongs. And so I confess these wrongs:

Assuming we are all the same. Yes, I was raised to believe that skin color and ethnicity don’t matter, that we are all the same. I assumed that if we could just get along, everyone could blend into the melting pot of the white, middle-class lifestyle I lived. It never occurred to me that not everyone wanted to live that way until a classmate at seminary told me otherwise.

Doing mission for people. My husband and I were setting up chairs at a men’s shelter when one of the residents came in and asked us what we were doing. I said we were getting ready for the dinner. He told us that setting up the chairs was his job and we were taking an opportunity to serve his community away from him.

“Don’t you come in here and rob me of my blessing,” he said. That day we learned we were not white saviors.

Making socioeconomic judgments. I moved from working in a city neighborhood where we ministered with and to a lot of people who were both African-American and poor. When I moved to a small-town parish, I made the same assumptions about class and race. I soon discovered that many people in the African-American church in town shared the same education and income level as many of the Presbyterians. I confess I assumed the poorest people in the community were black.

I admit these wrongs because I suspect they may be shared by a lot of other well-meaning people who would be horrified to think of themselves as racist. We are racism. Once we face that ugly truth, we can begin the hard work of recovering.

Sue Washburn is the interim editor of Presbyterians Today and pastor of Reunion Presbyterian Church in Mount Pleasant, Pennsylvania.