A troublemaking turn from Romans

For by the grace given me I say to every one of you: Do not think of yourself more highly than you ought, but rather think of yourself with sober judgment, in accordance with the faith God has distributed to each of you. — Romans 12:3 NIV 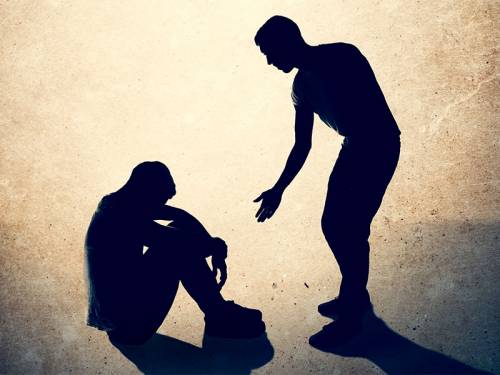 One of my favorite seminary professors once said that you can sum up all of Paul’s letters in eight words. Eight words!

The first four words are “You are God’s children.” That’s what the first 11 chapters of Romans are all about: The gospel is the power of God for salvation to all who have faith.

Romans 12 is the big turn from “You are God’s children” to “Now act like it.” Paul challenges us to live sacrificial lives as we worship God. The apostle warns us that being transformed is always better than being conformed to the world. After all, the former helps us discern the will of God, so that we’ll identify what is good and acceptable and perfect. As we are transformed by the renewing of our minds, we realize that our pursuits are not our own.

The chapter goes on to flesh out the action of putting others before ourselves rather than fooling ourselves into a self-importance that leaves others behind. We are all members of each other, with different gifts of grace given to strengthen the church.

The troublemaking comes when we realize how countercultural this is. The gospel critiques the narcissistic tendency to put ourselves at the center of the universe, over and above everyone else. This self-centered move often shows up in the culture around us, whether it’s Frank Underwood’s deceitful ploys on House of Cards, the self-serving games played by contestants on The Bachelorette, or real-life politicians who put their own self-interests above the needs of the citizens they ostensibly serve.

One reason for the tendency to put ourselves first is what psychologists call the “fundamental attribution error,” a common miscalculation when we think about ourselves and others. The attribution error comes into play when I and someone else take the same action, but I judge us differently in regard to why that action took place. When it comes to me, I am certain that outside circumstances drive my behavior. But concerning others, it must be their inner nature that drives it. In layperson’s terms, when I notice that I am acting weird, it is because things are going on around me that make me that way. But if you’re acting weird, it’s because, well, you’re just weird.

Here’s the problem: It is hard to follow Paul’s challenge to stop thinking so highly of ourselves when we give ourselves so much more grace than we give to others. For instance, it’s not that unusual to be in a church meeting when tensions run high and someone says something they later regret. (“What makes you think a new worship service would ever be a good idea?”)

If we’re the one who blurts it out, we tell ourselves that we wouldn’t have flown off the handle if we’d had a better day at work. But when another says it, we jump to “Wow, Jane has such a short temper!” It’s hard to see the gifts of the Spirit present in others when we are so quick to judge them, even while we are giving ourselves a break.

Paul’s challenge to think less highly of ourselves makes trouble for us, but it also gives life to us. When we resist the fundamental attribution error and other ways of overestimating our own worth, we follow Jesus in raising up others and forming part of Christ’s body. When we extend grace to those around us as well as ourselves, we live up to the meaning of Paul’s words: “You are God’s children. Now act like it!”

Chip Hardwick is the director of Theology, Formation & Evangelism for the PC(USA).

Questions for reflection or discussion