Off the radar: an unexpected journey to the PC(USA) 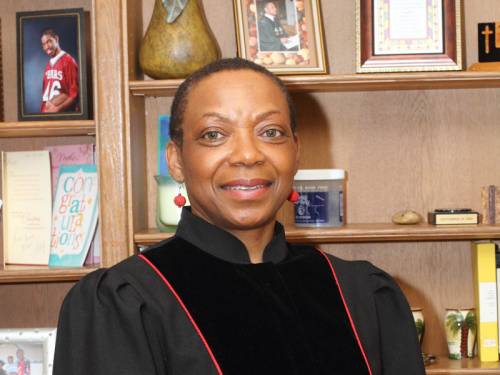 When Betty Tom began seminary, she had belonged only to denominations that did not ordain women. She cried the first time she saw a woman preach and understood that God was calling her to the pulpit. (Photo courtesy of Betty Tom)

Becoming a Presbyterian pastor was nowhere on the Rev. Dr. Betty Tom’s radar. She had attended Baptist and Pentecostal churches most of her life and was serving in a nondenominational church, and she was content. However, Tom’s life took an unexpected turn when she enrolled in seminary. As she worked her way through the courses of Christian Theological Seminary (CTS) in Indianapolis, the time came for her to do her supervised field experience, when seminarians go to work in their field of study in a church.

For Tom this task was not as easy as it was for others. She really wanted to do her supervised field experience at the nondenominational church where she was serving. Unfortunately for her, that church was not willing to allow a woman to have a leadership role. She met the same resistance from Baptist churches — no women preachers. The deadline for an internship was drawing ever closer and Tom was running out of options.

Then a friend suggested she try the Presbyterian Church (U.S.A.).

“What’s a Presbyterian?” she asked her friend.

Coming from a Pentecostal and Baptist background Tom didn’t think the Presbyterian Church would be a good fit for her. At her friend’s insistence, however, she contacted the pastor at Immanuel Presbyterian Church in Indianapolis — a Chinese-American pastoring an African-American church.

She started her intern program at Immanuel that August. Little did she know, the pastor of Immanuel was looking for an African-American to groom for a leadership role in the congregation. In December, four months after she started her internship, the pastor of Immanuel resigned and for a short period Tom, still an intern, was left on her own with the congregation.

Tom’s internship was scheduled to end in June, but the congregation asked her to stay until they called a new pastor. Several months passed and the session approached her once again. 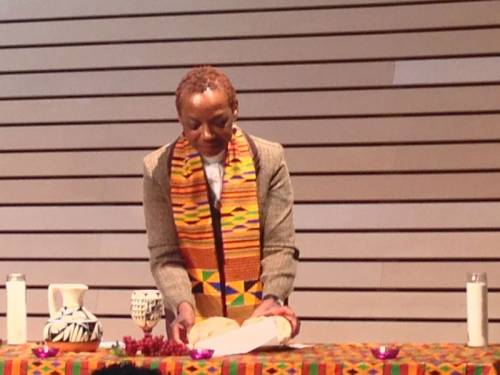 Betty Tom prepares to serve Communion. Friends and family of different denominations had mixed reactions as she decided to pursue ordination. She credits her background in Baptist and Pentecostal churches with giving her a love of Scripture and passion for joyful worship. (Photo by Gail Strange)

“This time was different,” said Tom. “They asked me to stay on permanently as the pastor. I ended up pastoring the church for 10 years.” She then received a call from First Presbyterian Church in Mount Vernon, New York, where for the past five years she has served as the congregation’s pastor.

“I’m truly grateful for the opportunities afforded me through the PC(USA),” Tom said. “I grew up in a small, family-sized Missionary Baptist church, and I never saw a woman preaching from the pulpit. As a matter of fact, we were taught that women were not allowed to preach the gospel.”

While at CTS she saw a women preaching in chapel and cried the entire service. While she came to embrace Scriptures that affirm women’s leadership, not everyone was supportive.

Tom’s family and friends had mixed reactions about her becoming a pastor. Her immediate family, particularly her mother, responded with shock, confusion and anxiety.

“I had left a 21-year career in public education, so they thought I had abandoned my senses!” she said. Yet many of her close friends and supporters encouraged her to follow the call of God.

Tom recognizes the gifts that she brings to the PC(USA) from her time spent in Baptist and Pentecostal churches.

“The Missionary Baptist Church taught me the love of Scriptures and the importance of knowing God’s Word. To this day I absolutely love the study of God’s Word. I preach with a passion that comes from spending years with God and loving God’s Word,” she said. “I learned in the Church of God in Christ and Bible Way denominations to be full of the Spirit and to worship freely, joyfully and unashamedly.”

But, she adds, God called her ordained ministry in the PC(USA).

“I love our polity, the confessions and connectional nature of the PC(USA). The church feels like family to me!” she said. “Although we still have much work to do around women in leadership — especially women of color — in programs and corporate-sized churches in the PC(USA), I believe that my ministry is affirmed and celebrated in the PC(USA). To God be the glory!”