The first few feet the truck drove into the puddle seemed to go just fine, then, right at the deepest part, wheels slid, and the Montero agitated from side to side.

On the road from Mombin Crochu back to Hinche, we were stuck.

I could have made the jump from the back seat to solid ground. It was only about two feet. I could have, but I didn’t.

One sneakered foot plunged into the dark brown mud. Halfway up my right shin.

Clean foot, dirty foot. While several of us travelers and a handful of local residents tried to dislodge the Montero from the thick Haitian mud, I took off the offending sneaker and found some Wet Ones to clean up the mess.

A woman standing in the crowd approached me. I don’t remember if she said anything. Maybe she said, “Let me help you,” in Haitian Creole. I resisted her help, but to no avail. She took the container of wipes and went to work.

That was seven years ago. It was my first trip to Haiti. Me, with all my puffed-up ideals and exaggerated visions that I could be of value to the people of this poor country. Sitting along the side of a road I’d never traveled while a stranger masterfully revealed myself to me. Wipe by wipe, clearing away the mud that covered me.

It’s been that way ever since. Haiti continues to reveal myself to me. Haiti brings into focus what I can and cannot do here. Haiti sharpens me. 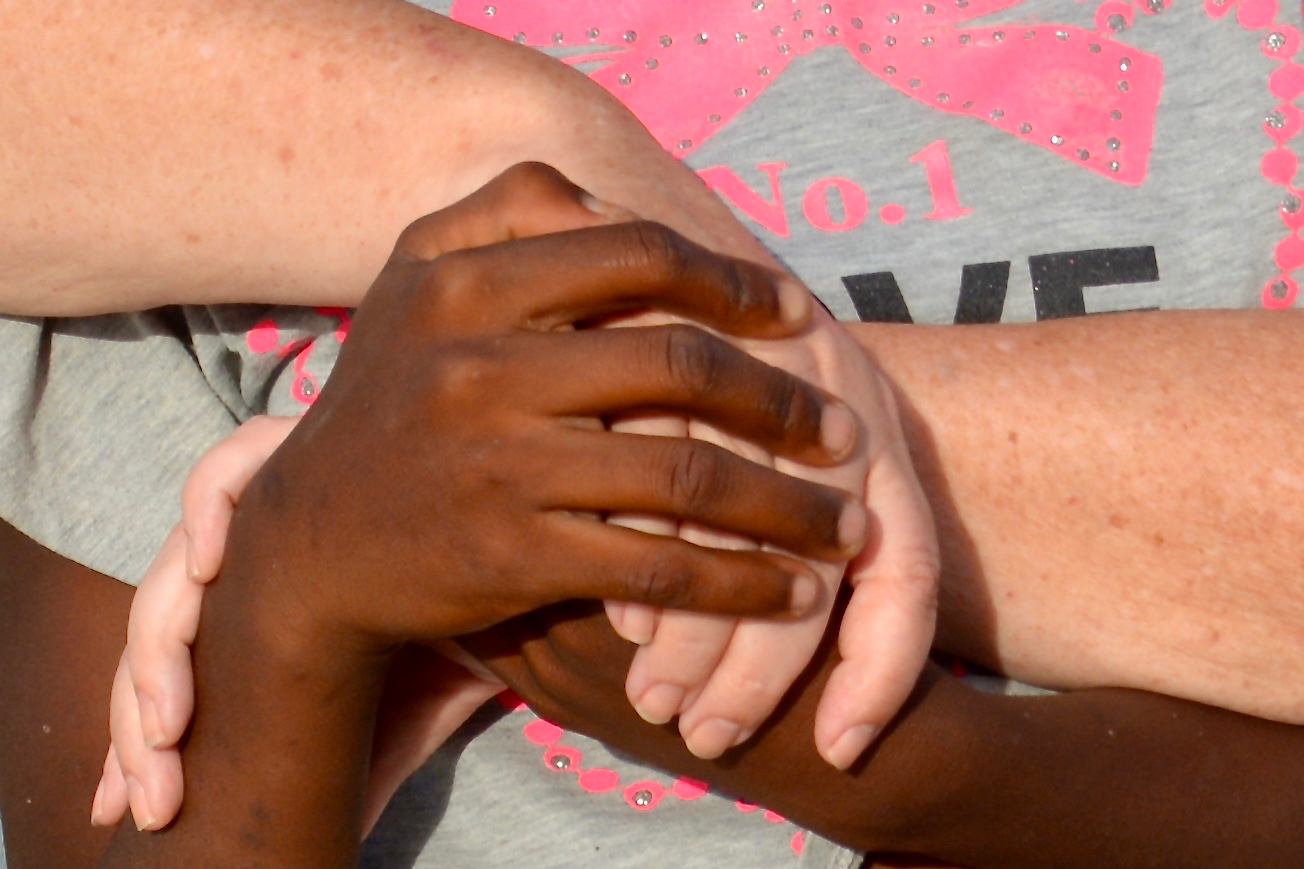 Mission co-worker Cindy Corell has found strength in the care and concern of the people of Haiti.

I moved to Haiti in May 2013 to live and work among the people of this country. In some ways, I feel like it’s only been a minute. In other ways, I feel I’ve been here all my life. I have scars. I’ve been hurt. I’ve been challenged like never before. And the joys. Oh, the joys.

In my work as a companionship facilitator with a network of farmer organizations, I work with Haitian colleagues to bring together grassroots organizations from across Haiti. Our network FONDAMA, a Haitian Creole acronym for the Hand to Hand Foundation of Haiti, identifies root causes of the country’s poverty and finds ways to combat the problems. Those causes include the effects of climate change, food imports and land-grabbing.

In addition, the network works with other organizations to support farmers in the rural areas.
My role includes inviting and accompanying U.S. delegations as they visit our organizations, learn more about the struggles and victories here and find ways to work together.

It is good work, but it is a challenge.

Perhaps the best lesson I’ve learned is to listen hungrily to the local people who have so much to share.

Haiti was born of revolution. The slavery experienced in this small country was among the most brutal. French landowners bought slaves through the Atlantic Slave Trade, mercilessly using human chattel to build up huge plantations of sugarcane, coffee and other luxuries that they exported at great profit to Europe. By the late 1700s, slaves began their rebellion, and on Jan. 1, 1804, Haiti declared its independence as the first free black republic.

The spirit of independence and dignity remains among those heroes’ descendants. Racial prejudice, economic difficulties and government corruption have assaulted Haiti since its beginning, but dignity and extraordinary hospitality are alive and well.

Like the woman who gently and expertly washed my muddy foot, the people of Haiti have so much to give.

When we humbly open ourselves to their offerings, our collective gifts multiply exponentially.

To all who have made my mission here possible, I say thank you. I invite you to begin or continue support through prayer and financial gifts.

And I invite you to come be with us. Join us in the journey.