Our family dressing up in a castle on a recent visit to Scotland. 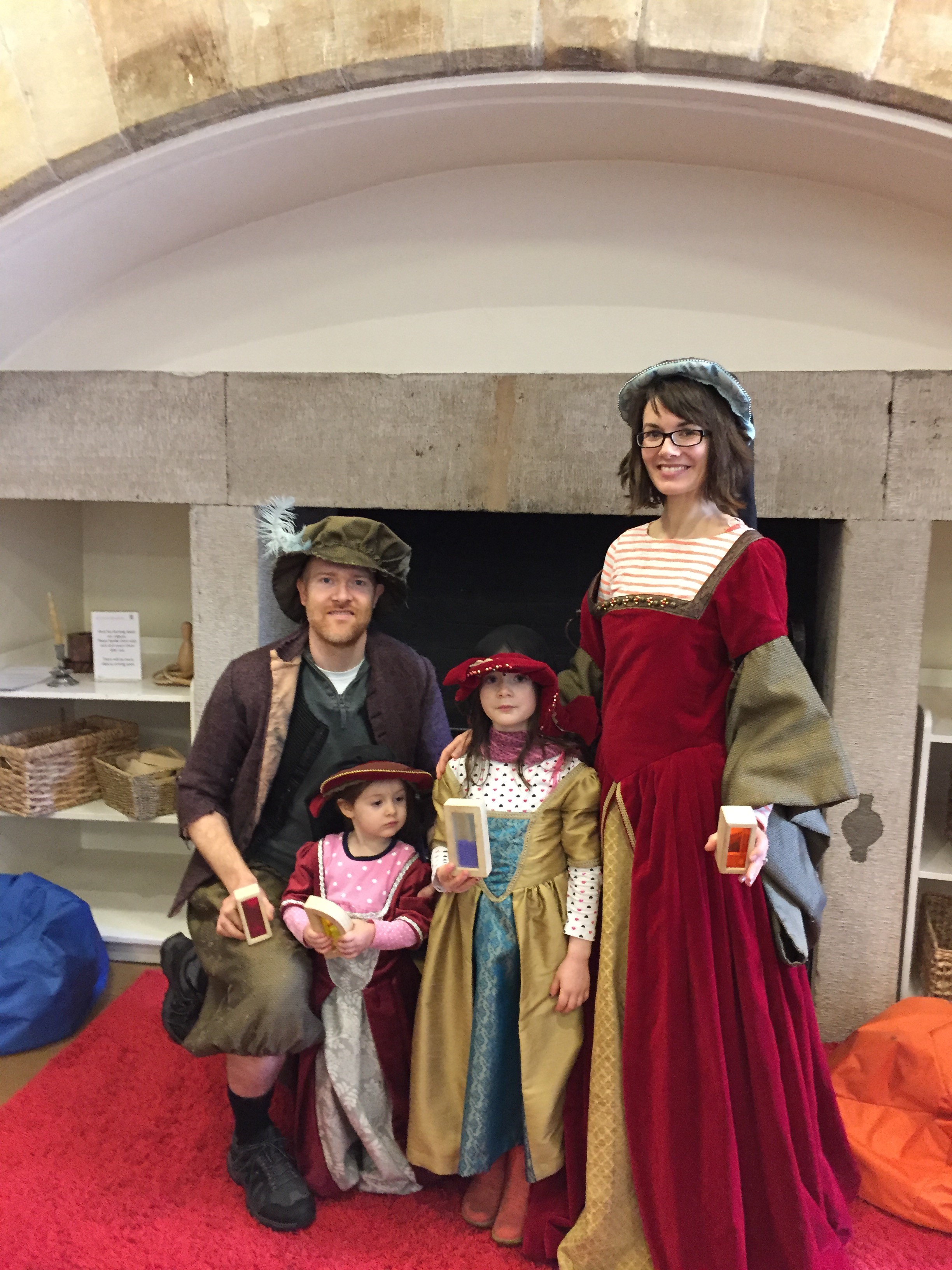