The entrance of the court where all migrants go to appeal a denial of their asylum claim. 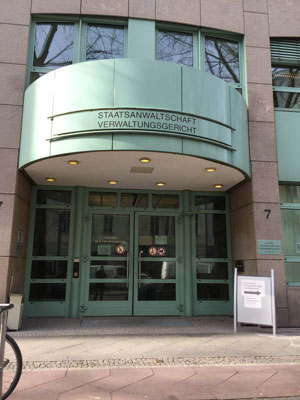