Accused — the person against whom a claim of sexual misconduct is made.

Accuser — the person claiming knowledge of sexual misconduct by a person covered by the Policy. The accuser may or may not be the victim of alleged sexual misconduct. A person such as a family member, friend or colleague may be the accuser.

Certified Christian Educators — persons certified and called to service in the ministry of education in congregations or councils. They shall have skills and training in biblical interpretation, Reformed theology, worship and sacraments, human development, faith development, religious educational theory and practice, and the polity, programs and mission of the Presbyterian Church (U.S.A.).

Child Sexual Abuse — includes, but is not limited to, any contact or interaction between a child and an adult when the child is being used for the sexual stimulation of the adult person or of a third person. The behavior may or may not involve touching. Sexual behavior between a child and an adult is always considered forced whether or not consented to by the child. In the Presbyterian Church (U.S.A.), the sexual abuse definition of a child is anyone under age eighteen. 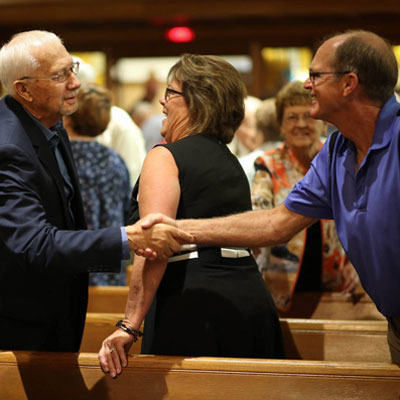 word congregation is used loosely for members and participants.

Civil Authorities — are the governmental bodies, whether city, county, state, or federal, that are given the responsibility to investigate, criminally prosecute, and/or bring civil charges against individuals accused of sexual crimes or offenses against adults and children.

Clerk — Each council shall elect a clerk who shall record the transactions of the council, keep its rolls of membership and attendance, maintain any required registers, preserve its records, and furnish extracts from them when required by another council of the church. Such extracts, verified by the clerk, shall be evidence in any council of the church. The clerk of the session shall be a ruling elder elected by the session for such term as it may determine. The clerk of a presbytery, a synod, and the General Assembly shall be called stated clerk, shall be elected by the council for a definite term as it may determine, and must be a ruling elder or teaching elder.

Council — a representative body composed of ruling elders and teaching elders; sessions, presbyteries, synods and the General Assembly. A council may establish entities such as day care centers, conference centers, camps or homes for the aged. A council may have both church members and nonmembers as employees.

Deacon — The ministry of deacon as set forth in Scripture is one of compassion, witness and service, sharing in the redeeming love of Jesus Christ for the poor, the hungry, the sick, the lost, the friendless, the oppressed, those burdened by unjust policies or structures or anyone in distress. Persons of spiritual character, honest repute, exemplary lives, brotherly and sisterly love, sincere compassion, and sound judgment should be chosen for this ministry.

Employee — comprehensive term used to cover individuals who are hired or called to work for the Church for salary or wages.

Entity — term used to refer to any program or office managed by a board, committee, council or other body whose membership is elected by a council.

Mandated Reporter — includes a person under the PC(USA) constitution who is mandated to report to the civil authorities any reasonably held belief that there will be future harm and is also described by some states’ laws as a person who is required to report any and all suspected incidents of child abuse, including child sexual abuse that come to their attention. State laws vary from defining “all persons having knowledge” as mandated reporters to specifying very limited lists of professions whose members are required to report.

Member — There are three categories of member in the Presbyterian Church (U.S.A.):

Baptized Member — a person who has received the Sacrament of Baptism, whether in this congregation or elsewhere, and who has been enrolled as a baptized member by the session but who has not made a profession of faith in Jesus Christ as Lord and Savior. Such baptized members receive the pastoral care and instruction of the church, and may participate in the Sacrament of the Lord’s Supper.

Active Member — a person who has made a profession of faith in Christ, has been baptized, has been received into membership of the church, has voluntarily submitted to the government of this church, and participates in the church’s work and worship. In addition, active members participate in the governance of the church and may be elected to ordered ministry (see G-2.0102). Active members shall regularly, after prayerful consideration, recommit themselves to the disciplines and responsibilities of membership outlined in G-1.0304. The session shall have responsibility for preparing those who would become active members of the congregation.

Misuse of Technology — use of technology that results in sexually harassing or abusing another person, including texting or emailing suggestive messages and images to persons with whom one has a ministerial relationship. It is never appropriate to view pornography on church property. When this includes a person under the age of eighteen, it is considered child abuse. There is never an expectation of personal privacy when using technological equipment owned by a church or church entity or within the context of ministry.

Ruling Elders — As there were in Old Testament times elders for the government of the people, so the New Testament church provided persons with particular gifts to share in discernment of God’s Spirit and governance of God’s people. Accordingly, congregations should elect persons of wisdom and maturity of faith, having demonstrated skills in leadership and being compassionate in spirit. Ruling elders are so named not because they “lord it over” the congregation (Matthew 20:25), but because they are chosen by the congregation to discern and measure its fidelity to the Word of God, and to strengthen and nurture its faith and life. Ruling elders, together with teaching elders, exercise leadership, government, spiritual discernment and discipline and have responsibilities for the life of a congregation as well as the whole church, including ecumenical relationships. When elected by the congregation, they shall serve faithfully as members of the session. When elected as commissioners to higher councils, ruling elders participate and vote with the same authority as teaching elders, and they are eligible for any office.

Secular law — the body of municipal, state and federal laws, often referred to collectively as civil and criminal law. Prohibited behavior addressed by the Policy may result in criminal and/or civil charges filed under secular law.

Sexual Abuse — as defined in the Book of Order: “Sexual abuse of another person is any offense involving sexual conduct in relation to (1) any person under the age of eighteen years or anyone over the age of eighteen years without the mental capacity to consent; or (2) any person when the conduct includes force, threat, coercion, intimidation, or misuse of ordered ministry or position” (Book of Order, D-10.0401c).

Sexual Conduct — offensive, obsessive or suggestive language or behavior, unacceptable visual contact, unwelcome touching or fondling that is injurious to the physical or emotional health of another.

Sexual Harassment — unwelcome sexual advances, requests for sexual favors, and other verbal or physical conduct of a sexual nature when:

Sexual Misconduct — a comprehensive term, defined in the Policy, that includes:

Teaching Elders — Teaching elders (also called ministers of the Word and Sacrament) shall in all things be committed to teaching the faith and equipping the saints for the work of ministry (Ephesians 4:12). They may serve in a variety of ministries, as authorized by the presbytery. When they serve as preachers and teachers of the Word, they shall preach and teach the faith of the church, so that the people are shaped by the pattern of the gospel and strengthened for witness and service. When they serve at font and table, they shall interpret the mysteries of grace and lift the people’s vision toward the hope of God’s new creation. When they serve as pastors, they shall support the people in the disciplines of the faith amid the struggles of daily life. When they serve as presbyters, they shall participate in the responsibilities of governance, seeking always to discern the mind of Christ and to build up Christ’s body through devotion, debate, and decision.

Victim — is a person claiming to have been harmed and/or abused by a person covered under the Policy.

Volunteer — the term used for those who provide services for the General Assembly and other councils and entities of the Church. Volunteers include persons elected or appointed to serve on boards, committees or other groups. For purposes of the Policy, volunteers are treated the same as employees.

These definitions will be updated as needed.

“Is your church safe?” brochure 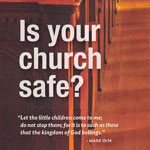