The Food Research and Action Center just released this summary of the USDA Economic Research Service report, which highlights the state of hunger in the United States. This comes in the middle of a gathering of hundreds food pantry, food bank, and anti-hunger activists from around the country here at the Closing the Hunger Gap Conference in Raleigh, North Carolina. Practitioners are gaining ideas, models and encouragement for going deeper in their work to address the root causes of hunger. Learn more about Closing the Hunger Gap here.

WASHINGTON, September 4, 2019 — A report released today by the U.S. Department of Agriculture’s Economic Research Service (ERS) underscores that the nation has been making far too weak progress on food insecurity. The report reveals that the 2018 food insecurity rate was on par with the 2007 pre-recession level of 11.1 percent, which was already far too high. The nation’s most vulnerable populations – families with children, African Americans, Hispanics, and those living in rural areas and the South continue to disproportionately struggle to put food on the table. Food insecurity harms health, the ability to learn, and productivity, and the persistent high rates harm the nation’s economic and social strength. 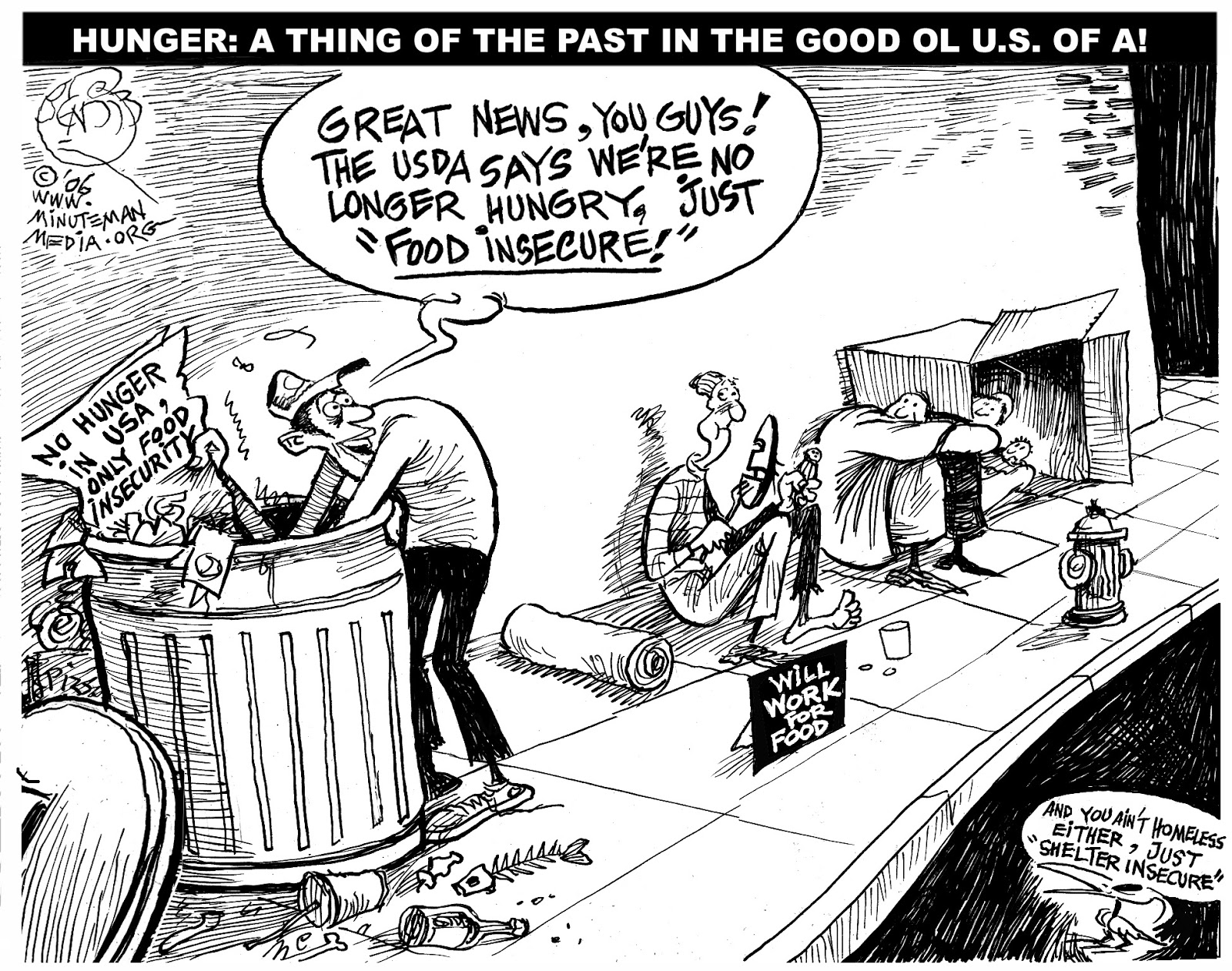 he nation needs to double down on its commitment to ending hunger and poverty. We need stronger wage growth for workers at the bottom of the economic ladder, and we need greater investments in programs like the Supplemental Nutrition Assistance Program (SNAP), school meals, and other nutrition supports.

What the nation does not need is the weakening of nutrition programs and other safety net supports that has been coming in waves of unprecedented attacks by the Trump administration. In SNAP alone, multiple Trump administration rules and proposed rules seek to put in place bad ideas that Congress has rejected — rules designed to keep members of immigrant families (including citizen children), low-wage working families, seniors, and people with disabilities from accessing SNAP. These draconian policies will only increase hunger and poverty in this country.

Key findings from the ERS report include the following:

About the ERS Report
The U.S. Department of Agriculture’s Economic Research Service (ERS), using data from surveys conducted annually by the Census Bureau, has released estimates since 1995 of the number of people in households that are food insecure. Food-insecure households are those that are not able to afford an adequate diet at all times in the past 12 months. Households described as having “very low” food security are the subset of food-insecure households that faced more severe forms or frequency of reduced intake and disrupted eating patterns. The ERS report also includes food insecurity rates for each state, but for states, it uses three-year averages to give a better estimate of the number of households experiencing food insecurity.