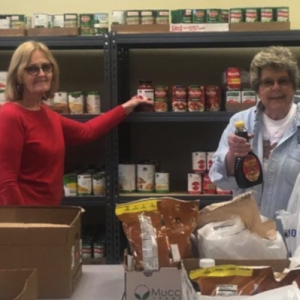 Six years ago, Dottie Thaxton brought an idea to the mission committee of Clarksville Presbyterian Church (CPC), and a “Backpack Buddies” program was begun for children in their community.  The church soon realized that the problem of hungry students was larger than they alone could address.  So they joined hands with others and have seen… Read more »
December 5, 2017 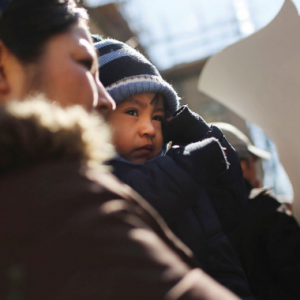 The really good news:  Seventy-four percent of respondents (including 58 percent of Republicans) said they back boosting the minimum wage from its current level of $7.25 an hour to $9 over the course of two years, according to a poll this year. Another poll shows that 48% of Americans favor raising the minimum wage to $15 an hour…. Read more »
June 20, 2016
Please don’t buy from Wendy’s. Yes…you. And tell your friends about the boycott as well. The PC(USA) was the first Christian denomination to join the Coalition of Immokalee Workers (CIW) in a national boycott of Wendy’s Restaurants. Many other faith groups have subsequently endorsed the boycott. CIW’s Gerardo Reyes Chavez says this is great news… Read more »
May 11, 2016 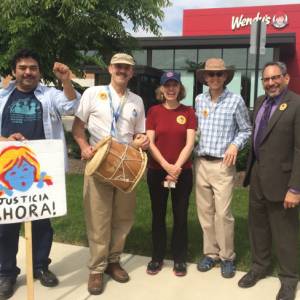 The PC(USA) was the first Christian denomination to sign on for the national boycott, the timing of which anticipates the company’s annual meeting on May 26. “Rather than support Florida growers who uphold human rights under the Fair Food Program, Wendy’s switched its tomato purchases to Mexico, where the denial of human rights in the… Read more »
March 15, 2016

The Presbyterian Hunger Program, Presbyterian Women and the Presbyterian Office of Public Witness is joining with congregations, interfaith partners, the Alliance for Fair Food, Interfaith Worker Justice and ROC-United to advance justice in the fields and poverty reduction for all workers through fair wages.

People of faith call for justice in the fields &
living wages to end hunger! While the Presbyterian Church (U.S.A.) is not currently boycotting Sakuma Bros. farms, we serve on the board and financially support the National Farm Worker Ministry, which is boycotting Sakuma Bros. in solidarity with Familias Unidas por la Justicia and along with several Presbyterian Hunger Program grantee partners from around the country. Last month, the president of Farm Worker Ministry Northwest, Gabriela Raquel Ríos, PhD, met with Danny Weeden, the CEO of Sakuma Bros. The dialogue will continue this Friday when National Farm Worker Ministry board members, including a PC(USA) representative will meet with Mr. Weeden and John Erb, vice president at Driscoll’s in Washington DC.

Gabriela gives her account of the day below and this video gives the highlights.

Following the National Farm Worker Ministry’s endorsement of the Familias Unidas por la Justicia (FUJ) called boycott of Sakuma Bros., Driscoll’s berries and Häagen-Dazs strawberry ice cream, we have been urging farm worker supporters to sign postcards to the companies.  We have thus far received postcards from 750 people of faith and conscience around the country.  A delegation from our partner Farm Worker Ministry Northwest agreed to deliver your postcards in person to Sakuma Bros. CEO Danny Weeden.  What follows is the report of that delivery attempt.  While Mr. Weeden would not accept your postcards, know that the message you – a supporter of justice for farm workers – wanted to send was heard by the company. Dr. Rios reports to the crowd waiting outside of Sakuma offices, including FUJ President Ramon Torres (center) and Tirso Moreno, General Coordinator of Farmworker Association of Florida (left) about her meeting with Mr. Weeden. Debi Covert-Bowlds connects the NFWM national office via her phone.

On January 8, I and Farm Worker Ministry-Northwest (FWM-NW) members, Debi Covert-Bowlds, Carla Shafer, Kristen Barber and Mike Betz traveled to Mt. Vernon in hopes of meeting with Sakuma Bros. CEO, Danny Weeden in support of Familias Unidas por la Justicia (FUJ). Such a meeting, we later discovered, has not been granted to any FUJ member.

The “Now is the Time” Tour came to a rallying close on Saturday as over 1,000 people gathered in Lakeland to complete the 24-hour vigil and set off marching up the main thoroughfare to downtown Lakeland. The 24-hour witness outside an iconic Publix in the company’s hometown — staged from mid-day Friday to mid-day Saturday — proved to be the most poignant close to witness and community-building in ten cities over ten days. Click on the must-see video to the right for a sense of the confrontation between Publix officials and religious leaders during Friday’s candlelight rally (or check out a written reflection from the Rev. Lindsay Comstock, Executive Director of National Farm Worker Ministry) as well as the powerful, guiding words that the faith delegation shared upon return, fueling the vigil participants for the long, chilly night ahead. From our friends at the Restaurant Opportunities Centers United!

The free app is available NOW for iPhone and Android mobile devices.
“ROC-U produced a National Diner’s Guide that rates restaurant based on how they treat their employees.” Mark Bittman exclaimed in his New York Times column earlier this year. “We have pocket guides for fish; finally, there’s one for humans.”

As the holiday season for dining out and office parties at restaurants begins, the Guide makes it easy for consumers and companies to evaluate more than 150 restaurants and national chains based on a number of key criteria:
– Do they provide paid sick days to ensure that those who handle and serve food are not passing on illnesses?
– Do they pay at least $9 per hour to non-tipped workers and at least $5 per hour to tipped workers? (The federal minimum wage is $7.25 per hour for non-tipped workers and just $2.13 for tipped workers.)
– Do they provide opportunities for advancement, so that at least 50 percent of their employees were promoted to those positions from within?

In the 2013 edition of the guide, ROC has included 73 restaurants that are committed to taking a “high road” approach to workers and consumers, up from 35 restaurants in the 2012 edition. Congrats to all the Gold and Silver star winners in the Guide (some of them might surprise you)!

Don’t forget to leave a review if you like the app!

Some of you joined the Fair Food: Field to Table webinar this week and heard about various efforts by farm workers, farmers and distributors to bring justice to the food system. You can see the Fair Food-Field to Table-Webinar NOTES…

In Nepal, people are reviving traditional farming. Producer cooperatives help farmers retain more profits on traditional and local food crops, while also protecting biodiversity and the health of their families. I was thinking how cooperatives are the wave of the future in farming, so plugged in that phrase and sure enough – Value-added cooperatives: Wave of the Future? was at the top of the list. Here in the United States, Organic Valley Cooperative is a example of a large, successful producer cooperative that continues to grow and diversity. Then of course, there is the worker-owned cooperative of Equal Exchange, our partner in the Presbyterian Coffee Project. Co-ops rock.