Make A Donation Click Here >
Home › Economic Development › An Affordable Housing Crisis, But Not Without Solutions 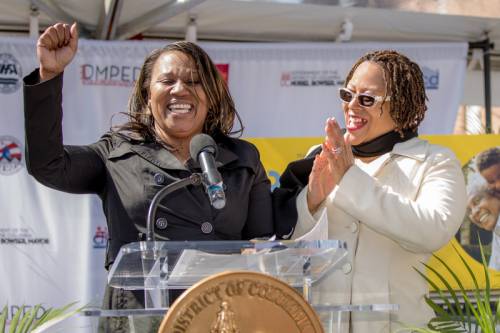 Applying community organizing strategies, PHP’s partners are making huge strides to address the crisis in home ownership, which you’ll read about in my colleague Jenny’s article below. But with a dearth of as many as 5.5 million housing units, it will take much more, including new policies and incentives at local, state and national levels, to solve the issue!

Even before the Great Recession of the mid-2000s, the home ownership gap between whites and people of color was huge and the desperate need for affordable housing units continues. Since then, home production has been roughly half of what it was the previous four decades. As Millenials entered the housing market, the deficit became more pronounced. Then COVID-19 hit!

Low interest rates and quarantines increased housing demand while labor and materials shortages and supply chain challenges slowed construction and increased costs. The cost of land is also going up around the country. Prices have surged.

Home ownership is very important for providing stability, security, and an economic foothold for lower-income families. The affordable housing crisis grows the distance between the haves and the have-nots and delays the promise of racial equity — the uncashed check Martin Luther King spoke of — even farther. But there are remedies and among them are:

The extent and depth of the housing hole we’ve dug ourselves into calls for an array of such policies and incentives. And people must be organized and mobilized to push for meaningful action. That is exactly what Washington Interfaith Network, a Congregation-Based Community Organizing group in DC, is doing.

Jenny Oldham’s article appears in the Fall 2022 PHP Post, which can be read in its entirety here!

Building Relationships First, Then Working Together for Change

Presbyterian Hunger Program has partnered with the Washington Interfaith Network (WIN) since 2016 and recently had the privilege of hearing from the Rev. Alison Dunn-Almaguer of WIN. 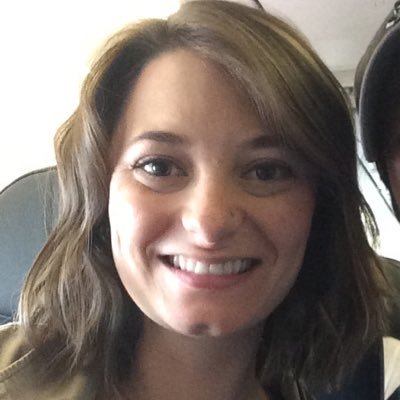 Her story of a housing victory in Washington, D.C., emphasized the importance of community organizing and building relationships.

In this city, displacement is constantly happening. People are being pushed out because of high costs, even though they’re making solid wages and have good jobs. Dunn-Amaguer shared that one way to fight something as big as gentrification is piece by piece, through power.

Temple Courts was an affordable housing building in a diverse community in a historically African American neighborhood, where some families had lived for years.

By the mid-2000s, the building was in disrepair. Management stopped showing up, stopped doing pest control and stopped taking care of the trash. In 2008, the building was leveled. Residents were promised that it would be rebuilt and that they would have the right to return.

For years after, local congregations talked to the council and the mayor, trying to get a resolution for the residents. And for years, residents also tried to get the building rebuilt, but their voices went unrecognized. It wasn’t until the groups began to build a relationship together that their action would achieve the desired outcome.

WIN helped organize a neighborhood team with members of two local congregations: Mount Lebanon Baptist Church, a historic African American congregation; and Holy Redeemer Catholic Church, which was formed by a merger of two congregations, bringing Black and white members to the table together.

Team members began to knock on doors and ask neighbors, “What is the biggest thing that you care about in this neighborhood? What’s the thing you want to change?” Over and over, they heard that eight years prior, residents were told they would be able to come back, but the site was a parking lot.

Nathan Brown was young when the residents were evicted. He recalled, “I remember the yellow flyers that were posted up that said that we were going to be kicked out within seven days. We only had seven days … and now I have children of my own and struggle day to day to find a stable place to live. My mom still doesn’t have a stable place to live. What can we do about it?”

Dunn-Almaguer responded, “What do you want to do about it?”

The next week, Brown and 12 other displaced residents met with members of the two churches and WIN. The ensuing campaign was centered on the voices of the local community, the congregations added the power of their voices, and WIN added organizing experience.

Six months later, 300 people gathered with a council member to demand for investment in rebuilding Temple Courts. The council member agreed, but the mayor would also need to be involved. WIN called on its 50 organizations, and more than 1,000 people joined the effort. People from congregations in all eight of the Washington, D.C., wards asked mayoral candidates, “If you are elected, will you work with us to ensure that Temple Courts is rebuilt?”

Six years later, residents are being interviewed for move-in dates. Not only residents but also their children have the right to return.

Every step of the long journey, residents were involved, along with church and WIN representatives. They met with elected officials, discussed funds and land, and met with developers. Developers wanted to build segregated buildings — one for high-end housing and one for affordable housing — but the community said no. And their voices are being honored. Market-rate units, mid-income units and more than 200 lower-income units will stand together.

During a recent hard-hat tour, Brown’s daughter said, “Daddy, I want to be like you — you got this building back … for me and for you and for our family.” Brown later ran for an elected position and continues to be engaged. He is now fighting for Black equity through a home ownership campaign.

Dunn-Almaguer says that organizing “changes the leaders who are engaged and who are involved.” It is slow, but meaningful and powerful, and it works to change systems — not just put bandages on them.

Begin preparing for Hunger and Homelessness Sunday on November 13, 2022!  Everything you need is here.