PHP had the honor to work with 17 smart, talented, and dedicated folks who came to us through the Americorps VISTA program – a program currently on the chopping block of the currently proposed administration’s budget, alongside a number of other vital federal programs that make our world a better, fairer place.  The gifts these VISTAs brought to Louisville, Indianapolis and Cincinnati, and the amazing work being done around the country is immeasurable. No, I take that back. They do measure it, and the achievements and the degree to which society benefits from their humanitarian and justice work is vast. 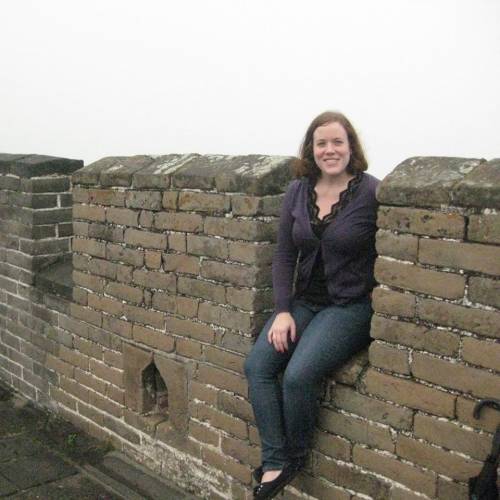 After finishing the internship with the Hunger Program, I earned my undergraduate degree in English from the University of Louisville. Upon completion of that degree, I married my best friend and a week later moved to South Korea to teach English. I spent 2 years working in Busan and traveling throughout Asia. After that excursion, I returned home to Louisville where I bought a house, acquired my wonderful dog back, and returned to University of Louisville. I am currently working on my MAT while teaching 7th grade English Language Arts in a Louisville public middle school. I am still passionate about food justice and incorporate it into my classroom with students who face the reality of food access issues. I currently have two students who are working on a project to reduce food waste within JCPS. 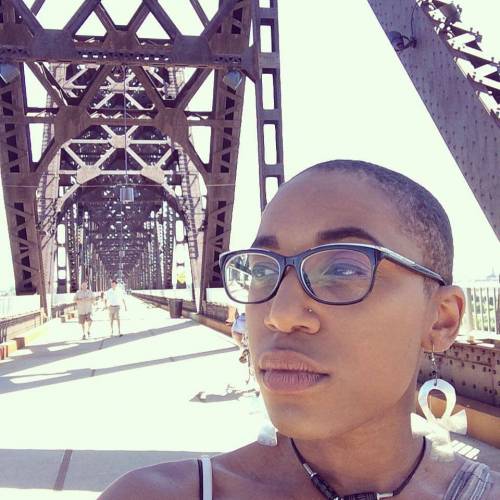 Shortly after completing her year of service with PCUSA, Amber was offered the position of Assistant Director with New Roots, a small grass-roots non-profit who believes fresh food is a basic human right. Through her work with New Roots, Amber had the privilege of organizing Fresh Stop Markets (cooperative fresh food markets) across the state of Kentucky and Southern Indiana. In 2016 Amber married her Husband, Kendrick and has now taken a step back from organizing to focus on her greatest adventure yet, motherhood. Amber and Kendrick are expecting their first children, twin girls named Ray and Rue. Amber continues to support the local food movement and looks forward to returning to a more active role once her babies are born. 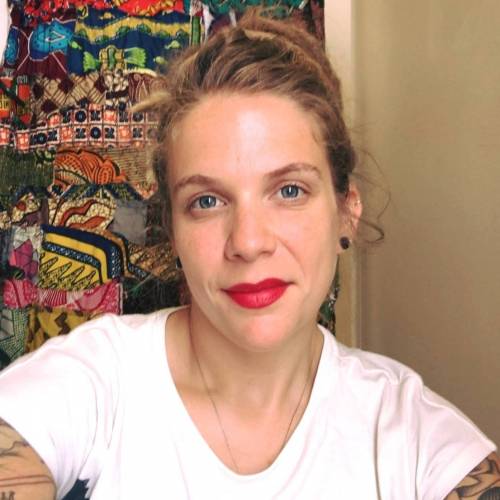 Since completing her work with the Presbyterian Hunger Program, Ari has migrated south to the wonderfully food-friendly city of New Orleans.  In 2015 she completed a Master’s degree in Urban Anthropology focusing on Urban Foodways in West Africa and is now working on Ph.D. at Tulane University in an interdisciplinary program called City, Culture, and Community.  Ari enjoys teaching seminars on Community Engagement and expanding her knowledge and research skills at the intersection of African Cities and Food!  You read Ari’s published work in the journal, Advances in Gender Research, Volume 22: Gender & Food (2016), as well as in two forthcoming edited volumes discussing the relationship between street food vending and urban space in Ghana as well as investigating the gender dimensions of climate change in West Africa. 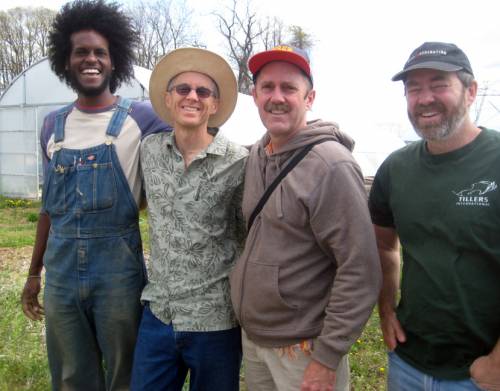 Blain (on left) with the Bartlett Bros at farm in Maryland

since the vista experience, i have continued being an itine rant farmer. since vista i have had the opportunity to travel the country and world working, listening and sharing with farmers and rural folk. i currently am based out of the Chesapeake Bay Region, namely in Maryland. My farming partner and i co-manage Black Dirt Farm, which is a small-scale 2.5 acre mixed farm. We farm on the ancestral lands of Harriet Tubman (or Aramita Ross). we are also founders of the black dirt farm collective, which is  regional itinerant political, cultural and agroecological training school. i also own and operate a small-scale construction business called Earth-Bound Building, Forestry and Farm, or Earth-Bound Building for short. We focus on appropriate infrastructure and naturalistic land management solutions for small-scale farmers and land-holders. It ranges from Greenhouses to Sheds, to trench work and forestry. In another hat i work with farmer and farmworker groups on a variety of training-based projects. i also work with SAAFON as the farmer-organizer, working with farmers in GA, SC, AL and MS. i currently live out of my truck (the red scout), bouncing around the eastern and south eastern territories. on the side i have a jewel making endevour making green and cured earrings out of bamboo. and in the little spare time i have left, i work on my truck and go backpacking/camping multiple times a month. 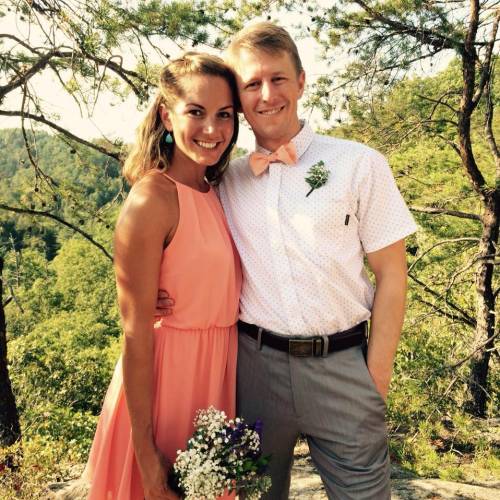 I am currently in my second semester of the Occupational Therapy Assistant program at Cincinnati State. The field of Occupational Therapy is all about working with people to overcome physical and mental hardship with the goal of helping them live to their full potential. I am beyond excited to start my clinicals this Spring at a local high school. My fiance and I are getting married in August, and we are currently house-searching — these are fun and exciting times, certainly never a dull moment! Although I am no longer employed through the local foods movement, I am deeply committed to supporting Cincinnati’s local food system and am proud of the progress my city has made towards making healthy food more accessible for everyone. I have a fun part-time gig doing graphic design work for a local Brewery (no, there is no free beer is involved…). Michael and I find spiritual nourishment though rock climbing at the Red River Gorge and in Cincinnati’s beautiful parks. Feeling grateful these days for this wild and precious life! 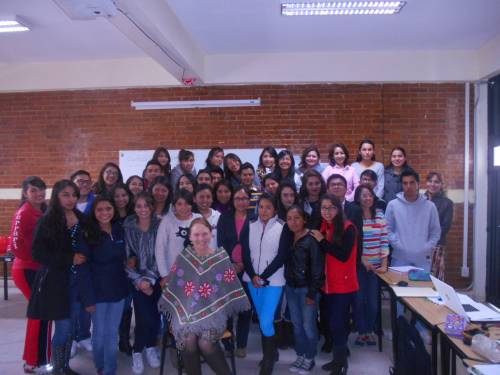 With her students, Connie is the one in the shawl up front

Because Connie was an ESL teacher, a major focus of her Summer VISTA project was to develop a nutrition curriculum and conduct outreach workshops at refugee and immigrant centers in the community.  After the VISTA project ended, Connie continued her work with internationals by teaching Saudi Arabian students at Western Carolina University. The following year, she returned to Costa Rica to teach ESL in bilingual schools, and to pursue an ongoing research project on the Limonese Creole of the Caribbean region. Then, she went to China and taught English at the University of Huaihua, in Hunan Province. Back in Louisville again, she joined the Global Commons project and collaborated on presenting to the public a Refugee Simulation Camp. In late summer of 2015, she was offered another opportunity to go abroad, this time as an English Language Fellow for the US Department of State in Toluca, Mexico. The jury is still out as to whether Connie will put down roots in Louisville, return to Mexico to teach ESL with the British Council, or look for a grant to continue her research in the Caribbean. 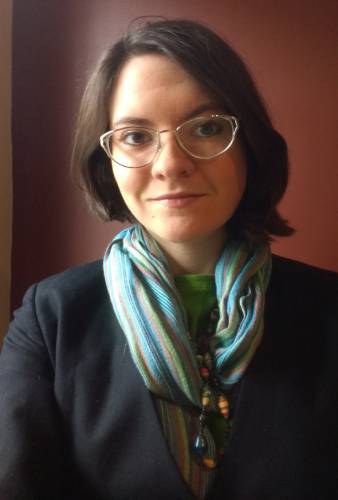 I am entering into my final semester at Boston College’s School of Social Work, where my Master’s studies have focused on Social Innovation and Leadership. I currently am an intern at Daily Table, a non-profit, mission-driven grocery store which provides healthy and affordable food, with dignity, to a food insecure community. I’ve recently become an avid fermenter, making krauts and pickles on a regular basis. 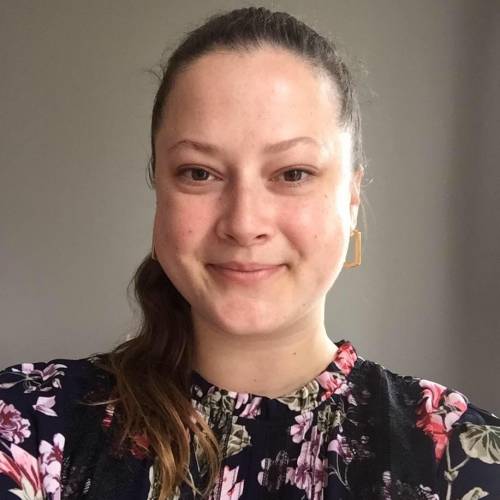 I’m the BIMS (Business Integration Management Services) Coordinator at Metro United Way, supporting the organization in all of its technology and data needs. I am also serving as co-chair on the Diversity, Inclusion, & Equity Team, working to transform Metro United Way into an inclusive organization in every way – from our internal culture and operations to our investments in the community to our volunteer, donor, and advocate base. In the personal realm, my partner Greg and I are getting ready to tie the knot on April 15th! We are ecstatic to begin this journey together and to celebrate with our closest family and friends. 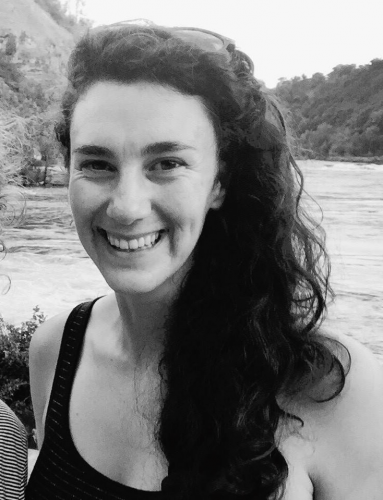 I am currently the Program Manager at Common Earth Gardens, Louisville’s refugee agriculture program, and am so thankful to have the opportunity to spend my days working with and supporting refugees in finding land, providing space for groups to develop unique visions and goals for their gardens and farms, and learning about our world through shared growing techniques and stories.  Since my VISTA year, I have had the privilege to work with communities in Louisville, Nashville, and Pittsburgh to establish and sustain community food access projects, teach environmental and garden education, collaborate with youth to build natural play spaces, and spend a year working as a baker in New York City.  Lately, much of my time is spent working on a USDA-funded feasibility study with two awesome women for a local food aggregation service in the region and jumping back into the ceramics and carpentry scene in Louisville. 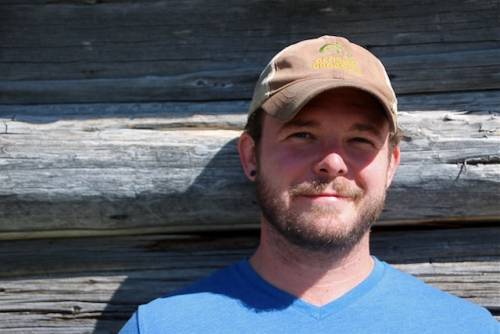 I am currently living in Metro Atlanta. I am spending a good number of hours each week as a project manager installing affordable solar panel systems on homes and businesses in the area with program called Solarize. I just started my first term on the Board of Directors for the Georgia Chapter of the Sierra Club and spend off-time gearing up for a mass resistance against the incoming administration’s assaults on people and the planet. At home, I’ve taken to brewing beer (or trying to) and have started an on-the-side woodworking business out of my place of residence. 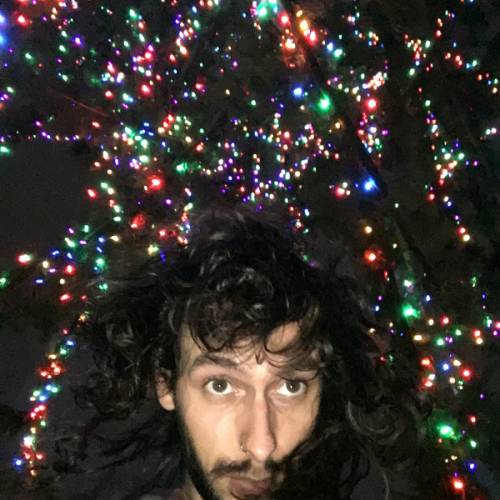 After working with VISTA I went to California for several years to work in the agricultural sector and have returned to photography, currently pursuing an MFA degree at Columbia College in Chicago (www.whitforrester.com)  I’ve also been working on a photo series and a short film looking at the origins of Cannabis legalization within the AIDS epidemic of the late 80’s and early 90’s, and also at houseplants as access points to the Divine due to their unique relationship to the physical substance of God: light!  I’ve also been finding my own spiritual life to be the fundamental axis from which my organizing and creative work comes and am looking forward to jumping into 4 years of vibrant organizing either in Chicago or further down south after graduation this spring. 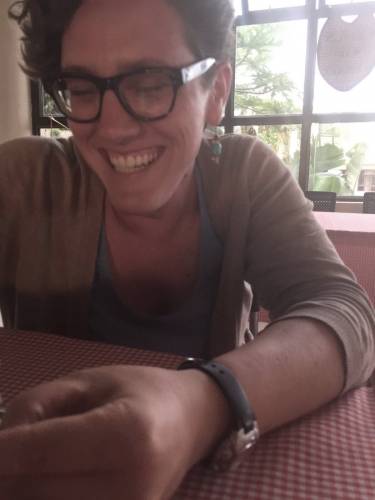 After completing the Presbyterian Hunger Program in March of 2013, Whitney was offered a paid position with her placement site- The Indy Food Council.  During this time she also decided to pursue a Master’s Degree in Public Affairs at IUPUI.  She finished her degree in August after spending the summer abroad in Uganda working on a local sustainable agriculture farm in the village of Butale, Masaka.   She is still in Indianapolis working to change the dialogue around equitable food access from a community perspective.

And three we didn’t hear back from, but because we found some recent photos, assume they are well! 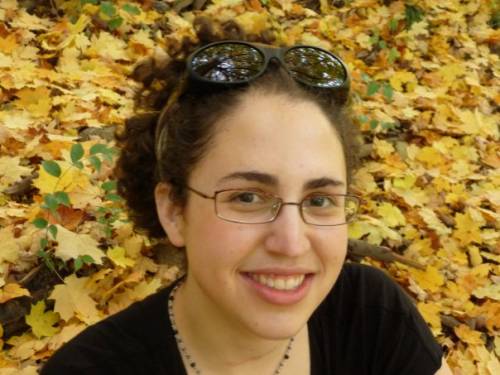 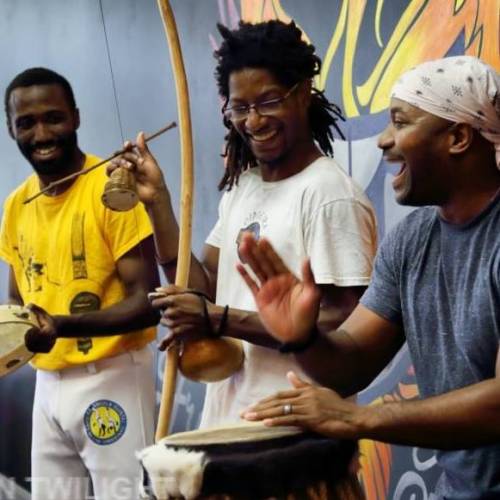 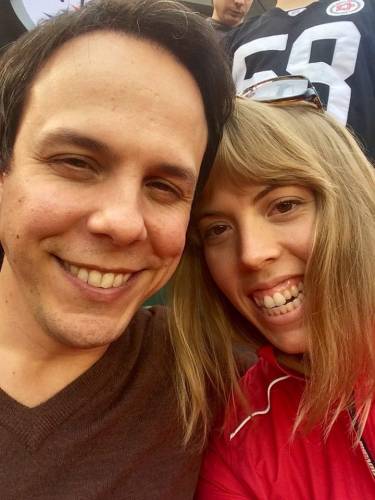