Make A Donation Click Here >
Home › What We Believe › The Trinity

The Triune God — the doctrine of the Trinity is not irrational 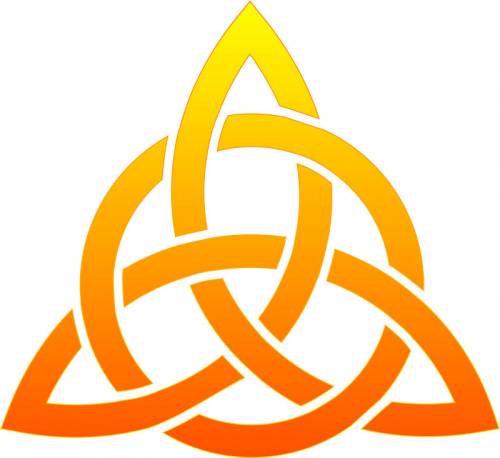 Presbyterians have come to make a lot of Advent and they occasionally observe Lent, but they usually overlook the Trinity season of the church year. The longest season of the church year, Trinity begins eight weeks after Easter and continues for about half of the calendar year. The disregard of this season may be due to the difficulty of harmonizing a reasonable faith with what appears to be an irrational doctrine, the doctrine of the Trinity.

The term Trinity wrongly suggests that Christians are tritheists. To avert the erroneous idea of having triple gods, some have appropriately placed a “u” in the midst of the word, making it Triunity. Taken from the Latin tria, threefold, and unus, one, this preserves the oneness notion intended by the ecumenical councils of the fourth century that included the Trinity in their creeds.

Muslims and Jews have presumed, as have some Christians, that Christians worship three separate gods. An African Muslim once said that the main difference between his religion and Christianity was that he had several wives and one God, while Christians had one wife and several gods. Muhammad thought Christians believed in three different deities, one of them the goddess Mary, who was impregnated by intercourse with the father God.

Although Muhammad held Jesus in high regard, he rejected Christianity because he thought it contained polytheistic paganism. He did not realize that monotheism is basic to the Christian statement of belief, the Nicene Creed. Beginning with “I believe in one God,” this affirmation parallels the first article of the creeds of Islam, “There is no God but Allah,” and of Judaism, “The Lord our God is one Lord” (Deuteronomy 6:4).

Misrepresentations by outsiders of the Christian doctrine of God may have arisen from the bewilderment of many church members from the first century onward. This is seen in the confusion that the Nicene formulation attempted to eliminate. Early Christians found some of their oral and written traditions puzzling. Was the God of the Old Testament a different God from the God of the New Testament? Did one God have no beginning and another one have his beginning at Bethlehem? Was the God of law separate from the God of grace? Were divine beings sent from heaven to earth like relay runners, one carrying on after another one finished?

And if Christ is God and if God is non-physical Spirit, does that mean that Christ never really had flesh and blood? Since there is no full discussion of these questions in the Bible, the source of Christian doctrine, varying–indeed, clashing–answers were given to these theological questions. Christians were in a dilemma as to what to believe.

Constantine the Great, the first Christian emperor, decided that the question of the relationship between the Creator and Jesus must be resolved. He had become a Christian in the hope that Christianity would help to unite his Roman government, which was disintegrating from civil wars. However, he found that Christians were themselves much divided over questions of doctrine. In an effort to settle this matter, in A.D. 325 he asked the bishops from the entire church to come together at Nicaea to discuss and agree on a creed.

The gathering at Nicaea is called the first ecumenical council because representatives came from churches in Asia, Africa and Europe. (One of the participants was “Santa Claus,” from Myra, Turkey, where he was known as Bishop Nicholas.)

The theological debate was intense, and not only at Nicaea. One visitor to Constantinople wrote: “This city is full of . . . common people who act like theologians in the shops and streets. If you ask a man to change a piece of silver he informs you wherein the Son differs from the Father; if you ask for a loaf of bread you are told . . . that the Son is inferior to the Father; and if you inquire whether the bath is ready, the answer is that the Son was made out of nothing.”

Two months of discussion centered in the difference made by one iota, that is, the Greek letter i. One group maintained that the Son and the Father were of the same substance (Greek homo-ousion), while another group argued that they were of a similar substance (homoi-ousion). At last the bishops took a vote on the relationship of God the Father and the Son of God–a Presbyterian-like, democratic manner of decision-making.

Later in the fourth century a second ecumenical council met in Constantinople to deal with the relationship of the Holy Spirit to the Father and the Son. What is called the Nicene Creed contains an additional paragraph about the Holy Spirit that was added in 381.

A medieval diagram often found in European cathedral windows expresses the gist of the Nicene formulation. The central ring affirms monotheism. There is one essence of God; the emphasis is on oneness, not three-ness. The Father is God, the Son is God, and the Holy Spirit is God–but they are one God. An equilateral triangle around the circle represents the equality of the three expressions of the Godhead. This symbol also conveys the idea that there are three simultaneous expressions of the divine substance. It is not that first we have God the Father, then at a later time God the Son, and after both of these the Holy Spirit carries the relay torch.

Beginning with Augustine in the fifth century, attempts have been made to provide analogies from our human experiences to shed light on the doctrine of the Trinity. For instance, Augustine extracted a clear comparison from botany:

“The root is wood, the trunk is wood, and the branches are wood, while nevertheless it is not three woods that are thus spoken of, but only one…. [Thus] no one should think it absurd that we should call the Father God, the Son God, the Holy Spirit God, and that these are not three gods in the Trinity, but one God and one substance.”

Other helpful illustrations have been proposed. Consider the process involved in an experience of art: First there is the initial idea in the creator’s mind. The idea is then expressed in a physical way—the literary artist puts words on paper; the musical artist writes down notes; the graphic artist paints a canvas. When the book is published, the music played, or the drawing viewed an effect is made on those who read, hear or see it. Just as there is a threefold aspect of art as idea, expression and effect, so there is a three-in-one revelation of God.

In her Call to Faith, Presbyterian educator Rachel Henderlite laments the lingering Trinitarian misunderstandings that have resulted in three-headed monstrosities. “The doctrine has often confused the thinking of the individual Christian as much as it has clarified and strengthened it,” she observes. She finds this analogy of A. H. Mollegen especially helpful: “The light (the Father) shines through the colored slide (the Son) to cast an image (the Holy Spirit) on the screen (the church).”

The solar disk, rays and heat also offer a helpful analogy: There is the transcendent God over us who is too brilliant to be gazed at directly; there is Jesus who is “God with us” (“Emmanuel” in Hebrew); and there is the warmth of the Holy Spirit within us.

Electromagnetic force provides a similar analogy: No one has seen this basic energy of the universe, and yet we witness electricity in distinct ways: We experience it as shock if we put our finger in an outlet. This is quite different from seeing it as light in a light bulb or feeling it as heat from a stove. In a similar manner the one invisible God is experienced in various modes.

There is, however, a distinct deficiency in comparing God to the sun or to electricity; a personal analogy is needed to point to our personal God. In classical drama an actor often wore different masks to play several roles. These masks were called personas, which translated literally means “through which the sound comes.” Sabellius, a Christian teacher in the third century, believed that a succession of divine impersonations was sent forth from heaven to earth during three acts in the cosmic theater. During the Old Testament act there was God the Father, during the gospel act there was God the Son, and after both of these came the Holy Spirit.

However, according to the Nicene formulation, there are three simultaneous expressions of the divine substance. Consider the several roles that an individual can play on the stage of life: In relation to our parents we are a son or a daughter; in relation to our boss or teacher we are an employee or student; in relation to our spouse we are a husband or a wife. Which is the true person? Are not all of these expressions simultaneous? When we sing, “God in three Persons” in the hymn “Holy, Holy, Holy!” (the tune “Nicaea”), we might think of three performance or relationship modes of one actor or person.

In God Was in Christ Donald Baillie, one of the most influential Presbyterian scholars of this century, provides a simple but profound interpretation of the doctrine of divine Triunity. Reflecting on the historical experiences of the early Christians, he writes: “The doctrine of the Trinity sums up the gospel by telling us that the God of grace, who was revealed through the Incarnation and Pentecost as the One who paradoxically works in us what he demands of us, is the same from all eternity and for ever more; so . . . Christians can sing: ‘Glory be to the Father, and to the Son, and to the Holy Ghost: as it was in the beginning, is now and ever shall be, world without end.’” Baillie integrates the devotional life of a Christian into a satisfying intellectual treatment of the church’s basic doctrine of the Trinity.

In spite of these explanations, some people, even some scholars, have dismissed the Christian doctrine of a triune God as irrational. Thomas Jefferson, for example, embraced Unitarianism after concluding that the doctrine of the Trinity was mathematically inane; he maintained that one plus one plus one always equals three. However, when three equal and mutually dependent forces operate together, the addition signs should be replaced by multiplication marks: one times one times one equals one.

There is a profound complexity in the orthodox Christian doctrine of God, but it is not incomprehensible. Although humans do not have a full understanding of God, there is a reasonable basis for belief in the triune God. The doctrine expresses genuine monotheism.

The Shamrock and the Trinity 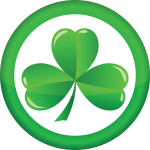 Legend has it that when Saint Patrick told the King of Ireland about the Trinity, the king could not believe three Persons in the Godhead could exist as one. Lifting up a sprig of shamrock, Saint Patrick said: “Here is a perfect leaf with three perfect parts.” The shamrock became a well-known symbol of the Holy Trinity.

This article originally appeared in the May 1994 edition of Presbyterian Survey (now Presbyterians Today).