Did it really happen? What difference does it make? 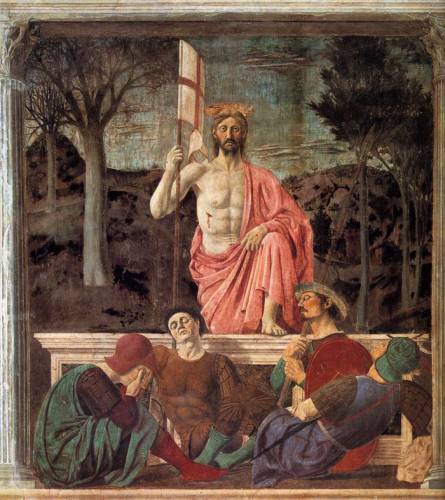 Presbyterians share a belief in Jesus’ resurrection with other Christians across the world. It is one of those glorious doctrines that unites Christians rather than dividing them.

But can modern people accept such a doctrine at all? We hear claims that modern science has “disproven” Jesus’ resurrection — the assumption being that the earliest Christians, products of a superstitious culture, were inclined to accept such reports uncritically. We also hear today that things must have a scientific explanation if they are to be credited as true.

Such arguments fail to grasp the character of the New Testament witness. The first Christians were hardly disposed to accept reports of Jesus’ resurrection “as a matter of course.” The New Testament records the slowness of many of the disciples to grasp what had happened. In fact, the early church was keenly aware that this event stood beyond the possibilities of the world they knew.

Ancient literature contains a few reports of wonder workers who allegedly brought dead persons back to life, in a manner similar to Jesus’ raising of Lazarus (John 11). But these people all eventually died again, while the witnesses to Jesus’ resurrection describe something quite different. The New Testament accounts describe, rather than a resuscitated corpse, One whose earthly body has been raised into a new and glorified form of existence, an existence over which death no longer exercises dominion. Even ancient peoples knew such an event was utterly without precedent — so they proclaimed Jesus’ resurrection as the end of the present age and the advent of a new creation.

Therefore, the judgments of natural science are strictly beside the point. Science investigates the workings of the natural order, which the earliest witnesses all agree could not have been the origin of Jesus’ resurrection. This was the creative power of God breaking into our midst, and no increase in our scientific understanding of nature’s workings could render such an event either more or less plausible than it was to the first Christians.

We also hear reports that modern historical study has “disproven” the resurrection of Jesus — the so-called “Jesus Seminar” is frequently associated with such claims. What often escapes notice in the midst of the sensational headlines is how often these studies assume from the outset that miracles cannot happen. This proves nothing other than the bias of the investigators.

Approaching the issue with an open mind, is it rationally defensible to believe the Biblical testimonies? Decisive “proof” is impossible. But we can cite — on historical, psychological and textual grounds — good reasons for counting the reports as credible. Something has to account for the faith of the disciples, the development of the church, and the character of the documents that have come down to us after Jesus’ execution at the hands of the Jerusalem authorities. Jesus’ resurrection from the dead is one of the most plausible explanations for the effects that emanated from Palestine after his crucifixion.

Such historical arguments are not decisive for faith — instead, most believers would probably cite personal encounters with the risen Christ, mediated by the Spirit, as the basis for their belief in Jesus’ resurrection. The historical arguments can, however, prove helpful in removing hindrances to faith. It is comforting to know that we need not check our reason at the door when we enter into the fellowship of the church.

How important is it that Jesus’ resurrection happened? The apostle Paul says our whole faith and salvation depend on it: “If Christ has not been raised, your faith is futile and you are still in your sins” (1 Corinthians 15:17). What is it about the resurrection that makes it so central to Christian faith?

In the words of the Westminster Larger Catechism, Christ by his resurrection “declared himself to be the Son of God.” Jesus came preaching and acting with God’s own authority; he declared that “whoever has seen me has seen the Father” (John 14:19).

Jesus’ resurrection establishes his teaching and his identity, neither of which would be at all believable if the end of his career was an abject defeat by the superior power of Rome. But because Jesus has been “designated Son of God in power by his resurrection from the dead” (Romans 1:4) we know we have a God who is capable of coming among us as a human being and dying an agonizing criminal’s death “for the sins of the world.”

The Possibility of New Life

“God raised this Jesus from the dead … breaking the power of sin and evil” (Brief Statement of Faith). In the cross God speaks a final, sovereign “No!” against all the sin and hatefulness of this fallen world.

The world’s rebellion will not be accepted by the Creator. God pronounces a death sentence against it in the person of Jesus. If Jesus’ death were the end of the story we would be forced to say God’s holiness is set over against the world’s sin, and the end product of this collision is Death. Nothingness. The final destruction of the world’s rebellion. But because Christ has been raised, we have the assurance that God has something planned for us sinners on the far side of our collision with his holiness.

Christ was put to death for our sins and raised for our justification (Romans 4:25). In the risen Christ, God provides the possibility of new life, a fresh start — a new creation. Because Christ was raised from the dead we have been delivered from the terrible power of our own sinfulness to make an end of us. God’s “Yes!” of resurrection life stands on the far side of the “No!” we encounter in the cross.

“The resurrection of Christ is a sure pledge to us of our blessed resurrection” (Heidelberg Catechism). This does not mean that some quality of immortality has been somehow magically infused into us so that our souls or bodies are now imperishable. It is to say that we now have the hope of becoming sharers in Jesus’ resurrection and eternal life as we are united with him in faith.

As Calvin explains it, “To share with us what [Christ] has received from the Father, he had to become ours and to dwell within us. For this reason, he is called ‘our Head,’ and ‘the first-born among many brethren.’ We also, in turn, are said to be ‘engrafted into Him,’ and to ‘put on Christ’; for all that he possesses is nothing to us until we grow into one body with him” (Institutes).

United with Christ, we become sharers and partakers in the power of his resurrection. The bonds of love that unite us to God and to one another in Jesus Christ are stronger than the power of death. Such is the glorious hope that arises in the pre-dawn stillness of the first Easter.

Jesus’ resurrection establishes his sovereign Lordship over all creation and casts down the “principalities and powers.” The ultimate coercion that earthly powers can hold over our heads is the power of death. But Christ has broken the power of death. And as the witness of the martyrs eloquently testifies, no earthly rule or regime can now claim from us that ultimate allegiance that belongs only to God. The rulers of this world exercise their sovereignties only beneath the ultimate sovereignty of Jesus Christ, risen, triumphant, and reigning at the right hand of God.

Therefore: “As Jesus Christ is God’s assurance of the forgiveness of all our sins, so in the same way and with the same seriousness he is also God’s mighty claim upon our whole life. Through him befalls us a joyful deliverance from the godless fetters of this world for a free, grateful service to his creatures. We reject the false doctrine, as though there were areas of our life in which we would not belong to Jesus Christ, but to other lords” (Theological Declaration of Barmen).

The resurrection of Jesus gives us a glimpse of the world’s future. One of the initially puzzling features of the Gospel accounts is their insistence that Christ arose in bodily form. The Second Helvetic Confession hammers the point home: “We believe and teach that the same Jesus Christ our Lord, in his true flesh in which he was crucified and died, rose again from the dead, and that not another flesh was raised other than the one buried, or that a spirit was taken up instead of the flesh, but that he retained his true body.”

We might wonder what would be lost had Christ simply returned as a “life-giving Spirit” and left behind a broken, cast-off body to molder in the grave. This kind of “spiritual” resurrection might even conform better to people’s intuitions about an “afterlife.” That Jesus arises with the same body, now transformed and glorified, suggests to us that God still loves the stuff of this creation enough not to cast it off. Rather than discard this fallen world as superfluous or failed or broken beyond repair, God intends to redeem and glorify and perfect our world.

When the Old and New Testaments speak of the final triumph of God’s reign, they do so in very earthy images. Rather than disembodied spirits flitting eternally through the ether, the Scriptures paint pictures of royal feasts, of public parks full of animals and little children playing, of wedding banquets, gleaming cities, rich and abundant harvests. (This is all very comforting since haloes and clouds and harps could get pretty dull after a day or two!)

Christ’s resurrection leads us to recognize God’s redeeming and reclaiming love for the created order around us. And that recognition helps to spur us, as faithful stewards of God’s gifts, to love and care for the world.

This article originally appeared in the April 1999 issue of Presbyterians Today.