All Christians, not just clergy, have divine connections 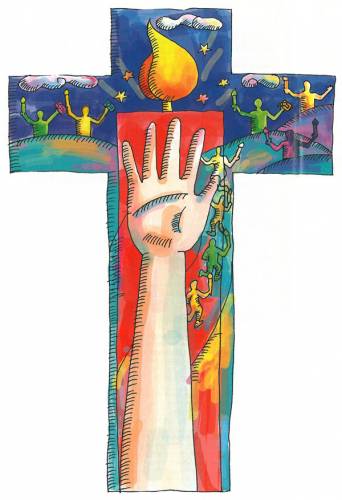 Are you connected with God? How do you know?

We live in a “connected” time and place. Thanks to technological advances, we can make connections with people the world around. We download data from other sources, we upload our own data, and we receive sufficient feedback to know that our communication is bilateral, even multilateral.

Connecting with God is another matter. Yes, we can download the Scriptures, and we can upload prayers, but seldom can we demonstrate verifiably that any of that communication truly is getting through.

People have been trying to connect with God since the beginning of human history. Ancient cultures hungered for spirituality, but most perceived humans unworthy to enjoy a relationship with the divine. So they appointed their most spiritual citizens to be their shamans or witch doctors or priests. The priests’ neighbors would ask them to intercede and to seek divine counsel on their behalf. The priests would offer animal sacrifices in order to reconcile the people to the god(s) in which they believed.

Upon Israel’s arrival at Mt. Sinai, Moses delivered startling news from Yahweh: “If you obey my voice and keep my covenant, you shall be my treasured possession out of all the peoples. Indeed, the whole earth is mine, but you shall be to me a priestly kingdom [kingdom of priests, RSV] and a holy nation” (Exodus 19:5-6). Not only was Yahweh declaring the nation’s chosen status. The Israelites were all being appointed to be priests (literally, “king-priests”) — every one of them!

To speak of people as priests is different from calling them clergy. Clergy serve some particular forms of service, as suggested by their various titles. They are called pastors, those who shepherd a flock. Most are called preachers, those who proclaim the word of God. In the Reformed tradition they are titled ministers of the Word and Sacrament, those who exercise those particular functions of ministry.

But the priestly function is one of bridge-building, mediating, connecting people with God.

At the heart of it, a priest is one who speaks with God directly. The Book of Hebrews elaborates: “Since, then, we have a great high priest who has passed through the heavens, Jesus, the Son of God, let us hold fast to our confession [the faith we profess] … Let us therefore approach the throne of grace with boldness, so that we may receive mercy and find grace to help in time of need” 4:14,16). Whereas ancient priests needed to present blood sacrifices to qualify for access to God, Jesus’ own sacrifice provided a once-for-all, access-qualifying atonement. Since he died for our sins, we now are empowered to converse with God confidently, even boldly.

Yes, boldly! The commission to serve as priests is one that carries with it all the legal authority implicit in the title. As priests, God’s people are given the same kind of access to God that the Internet has given us to people worldwide. We can upload and download direct communications with God.

Such a blessing is not intended to be hoarded. Consistent with God’s commission to Abram and Sarah to be “a blessing to all the nations,” the priest is one who mediates between God and those who do not know God. In the Temple era most of the priests’ blood sacrifices were done on behalf of soliciting Israelites. Like a negotiator, they would carry their clients’ appeals to the one in power. They would stand in the gap, interceding on behalf of their neighbors.

While moderns may dismiss the ancient sacrificial system, we cannot discount the sincere intentions of the millions who presented to the priests their finest heads of livestock or the first fruits of their harvest as acts of sacrificial devotion to God. Their sincere desire was for the priests to make a compelling appeal on their behalf for God to save their souls, or to heal their diseases, or to restore their land and livelihood.

This aspect of priesthood is implemented whenever a church activates its prayer chain. Christians have discovered that their intercessory prayers can yield miracles in many lives. Jesus himself taught, “If two of you agree on earth about anything you ask, it will be done for you by my Father in heaven” (Matthew 18:19). While any individual may appeal to God in prayer, a special power is bestowed on those who pray in agreement with others.

How many persons’ hopes and needs have gone wanting just because those who could have interceded on their behalf have failed to accept their calling to do so?

Just as a priest helps people connect with God, a priest also connects God with people. While the more charismatic office of prophet came to be associated with the task of speaking God’s word in the Biblical days, the priests were not disinterested listeners. They too were teachers of God’s word to the people. They were commissioned to take the good news of God’s love and mercy to a world in need.

This priestly function is evident whenever Christians show and tell the power of the gospel. By both word and deed, believers are called to convey God’s love to everyone. And unlike the equivocating Pharisees of Jesus’ day, we are empowered to present the gifts and claims of Christ with confidence and prophetic unction.

As the story of Jonah illustrates, God will go to great lengths — even using fish taxis! — to get the word of God’s mercy out to the nations. As several epistles state, God has granted every member of Christ’s body gifts and callings with which we can extend that mercy.

So who are the priests?

When Moses presented this bold commission to the people, “the people all answered as one: ‘Everything that the Lord has spoken we will do’” (Exodus 19:8). They accepted their call enthusiastically. Moses conveyed their response to God and then consecrated the people. But when God delivered the Ten Commandments to Moses in the midst of phenomena akin to a fireworks display, the people’s mood changed: “When all the people witnessed the thunder and lightning, the sound of the trumpet, and the mountain smoking, they were afraid and trembled and stood at a distance, and said to Moses, ‘You speak to us, and we will listen; but do not let God speak to us, or we will die’ ” (20:18-19). The awesomeness of their calling overwhelmed them.

The people changed their minds. They chose not to be the priests God called them to be. They delegated that task to their leader. He held forth, conversing with God regularly in the “tent of meeting” and consecrating a special group of priests for the nation. Their national task of being priests was rejected.

‘All Christians are priests’

In the days of the apostles, the calling to serve as priests was revived. Peter declared, “You are a chosen race, a royal priesthood, a holy nation, God’s own people, in order that you may proclaim the mighty acts of him who called you out of darkness into his marvelous light” (1 Peter 2:9). In this case God’s word has not come as a promise for the future but as a declaration for the present: “You are … a royal priesthood.”

However, around 200 A.D. two of the church’s leaders, Hippolytus and Tertullian, revived the notion of a “special priesthood,” with that title to be worn only by the clergy. By the end of the fourth century that office had been formalized, and the “laity” accepted second-class status in ministry.

As a priest-in-training Martin Luther rediscovered the claims of Scripture, with its gift of justification by grace through faith and its commission to serve in the “priesthood of all believers.” He minced no words: “All Christians are priests, and all priests are Christians. Worthy of anathema is any assertion that a priest is anything else than a Christian.”

John Calvin applied that message by forming a polity wherein laity and clergy alike would serve in ordained offices of leadership — as peers in proclamation of the Word, peers in intercessory prayer, and peers in mission service.

“Creeping clericalism” among the clergy plus a spiritual inferiority complex among the laity have continued to minimize believers’ perception and fulfillment of their priestly call. But that call remains God’s call and commission for all God’s people to fulfill.

Are you connected with God? Do you upload and download direct communications with Almighty God? Are you exercising your calling and commissioning to be the means by which God connects with others? Are you a priest of the Most High God?

This article originally appeared in the March 2004 issue of Presbyterians Today.