Make A Donation Click Here >
Home › What We Believe › Ordination

What does it mean to be ordained?

Presbyterian beliefs about ordination have changed significantly over the years 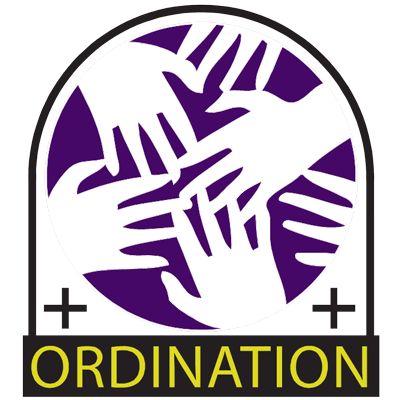 What Presbyterians believe about ordination has changed — sometimes rather significantly — over time. For example, the ordination of women as ministers, elders and deacons — something considered unthinkable earlier in our history — has become not only acceptable but expected.

Presbyterians have remained open to change regarding our understanding of ordination because of three unchanging beliefs:

Men and women together?

In 1789, when the first General Assembly of the Presbyterian Church in the United States of America met in Philadelphia, all church officers– deacons, elders and ministers — were, by both custom and church law, male. The very notion of women holding office was considered preposterous. Indeed, some early 19th-century church “worthies” became quite worked up over the possibility that women might lead prayer in “promiscuous assemblies” (gatherings where men would be present).

Women were prohibited from serving as elders or deacons until the 1930s — or the 1960s in the Presbyterian Church in the U.S. (PCUS). Ordaining women to the gospel ministry took an additional 20-30 years.

Today, however, the proportion of women and men serving in ordained offices is nearly 50 percent each, a development that is mirrored in the enrollment figures of the 10 Presbyterian theological institutions.

Until the 1830s no one seriously challenged the notion that only pastors (also called bishops until 1957) were permitted to join in the laying on of hands in the ordination of new pastors, elders and deacons. Professor Charles Hodge of Princeton Theological Seminary, who opposed letting elders take part in the process, was fond of quoting an old Latin proverb: Nemo det quod non habet (no one may give what he does not have). Hodge’s argument was cast aside by the PCUS in the 1860s, but Presbyterians in the “Northern” stream steadfastly clung to it until the 1950s.

Today ordination is explicitly defined as an act done by a governing body made up of ministers and elders who jointly exercise the power of jurisdiction, rather than as an act done by persons who possess a power of order only they can transmit.

For the first century of American Presbyterianism, congregations were unable to change entrenched leadership on the session or board of deacons. Elders and deacons served on their boards until they died (or were convicted of an offense that stripped them of their ordination). Finally, in the middle of the 19th century, churches were given permission to opt out of the lifetime service model in favor of a rotating limited-term service (the PCUS would take nearly a century to provide the same option to its congregations).

Today, limited-term service is now mandatory, and congregations that wish to be exempted from this requirement must make their request to the presbytery.

During the same general era a then-radical notion began to take root: that elders should be able to be moderators of governing bodies above the level of the session. Although the idea eventually carried the day, a debate opened up almost immediately: How, it was asked, could a lay person serve as moderator since the retiring moderator each year was required to preach? Because elders had not been given the power of order needed to preach, any retiring elder-moderator was expected to deputize a minister member or commissioner to preach the retiring moderator’s sermon!

Today elders are not only regularly elected to serve as moderators of higher governing bodies but often serve as commissioned lay pastors, preaching the Word and presiding at sacramental celebrations for congregations without pastors. Moreover, elders are as likely as ministers to be elected to service as presbytery, synod and General Assembly executives.

When American Presbyterians adopted their first Book of Order in 1789, only two options existed for those who had prepared themselves for ordination to the gospel ministry. Those with a call from an existing congregation would be ordained by the presbytery as pastors (or bishops). Those without a call would be ordained as evangelists, charged with gathering and organizing a new congregation.

Today those preparing to serve as ministers of the Word and Sacrament are faced with an array of specialized forms of ministry, many of which have no formal ties or links to local congregations or agencies of higher governing bodies.

Testing what we believe

Picture a child’s top. When the top is not spinning, all sorts of clever lines and designs can be seen, but once it is set to spinning, we see something altogether different. When we look only at what our confessional and governance documents say about ordination, we can see all kinds of logical connections and easy-to-understand categories. When all of these are put in motion by virtue of applying them to particular persons, with particular gifts, called by particular communities of God’s people to lead them at a particular time in history, the lines and the categories begin to blur. The strengths and weaknesses of these provisions come to light in ways that matter to people.

Some in our church feel strongly that Christian educators ought to be ordained. The church also is deeply divided over the question of whether openly gay and lesbian persons may be ordained to offices of ministry. We may wish these debates would just go away, but they are the way we Presbyterians go about testing what we believe to be the truth. If and when the debates finally come to an end, it will come from putting everything that matters to us into play and then testing the fruits born of each side’s understanding and practice of ministry.

Since this article appeared, the church’s understanding of ordination and its practices have continued to evolve, especially with regard to persons in same-gender relationships. To read more about this, visit this link.

The act by which the church sets apart leaders to serve in particular offices. The word ordination is derived from order. In ordination the church orders itself for ministry.

For what offices is ordination required?

Minister of the Word and Sacrament, elder, deacon.

Who does the ordaining?

How does the process of ordination work?

Those called to an ordained office in the church are subjected to a four-stage process of admission to that office. Presbyterian ordination rites have always included each aspect of this fourfold process:

What kind of leadership does the church need?

The two key words here are gifts and service.

“Leaders in the church are identified and called to office in terms of their gifts. It is expected that these gifts, coming from God, are to be exercised in the particular tasks and office. It is also to be expected that the gifts of the leader will be cultivated and developed in obedience to the guidance of the Spirit and in the service of the church. Leaders are also called on to empower and enhance the exercise and development of the gifts of all of the members of the community.”– A Proposal for Considering the Theology and Practice of Ordination in the Presbyterian Church (U.S.A.), commended for churchwide study by the 1992 General Assembly

“The purpose and pattern of leadership in the church in all its forms of ministry shall be understood not in terms of power but of service, after the manner of the servant ministry of Jesus Christ.” — Book of Order, G-14.0103

This article originally appeared in the May 2001 issue of Presbyterians Today.