Christmas Joy Offering – Supporting our leaders: past, present and future.
Make A Donation Click Here >
Home › What We Believe › Miracles

… says the monk in the television ad whose work as a scribe is made infinitely easier by the photocopier.
… says a weather broadcaster who credits Doppler radar with saving lives when a tornado hit.
… says a Catholic woman who found her St. Anthony medal under a rosebush after four years of looking.
… says a church member, crediting angels with her safe escape from a terrible auto accident.
… says a schoolteacher whose biopsy came back negative.
… says a young couple rejoicing in the birth of a healthy daughter.” 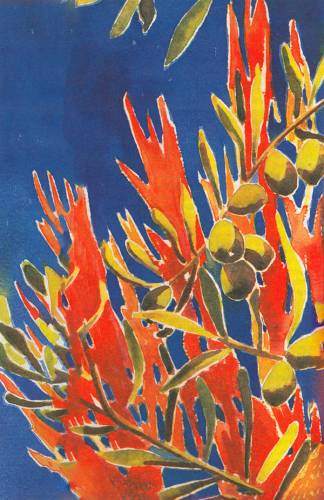 In this day and age we use the word miracle to describe a whole range of wonders, from the gains of science and technology to the awe-inspiring processes of nature, from the resurgence of belief in angels to our utter amazement at our children’s growth and development. Recently the word miraculous has been used in advertisements for items as diverse as garage-door openers and uplifting lingerie. We call the Internet and email and heart transplants and artificial joints “miraculous,” because they are positive, life-enhancing advances that most of us find at least a little mysterious.

We do well to begin with the Bible. Clearly the Scriptures are full of stories that portray God as active in human history, as intimately involved with the people of God, as displaying providential power in ordinary and extraordinary ways.

There is also renewed interest in spirituality and in the mysteries of existence. When both scientific advance and fascination with mystery are alive and well, it is right to stop and think about what we mean when we use the word miracle, to reflect on Scripture and tradition, and to ask whether there is a uniquely Presbyterian way of thinking about the miraculous.

The God of creation made the world and commands the forces of nature. The God of Abraham and Sarah, of Isaac and Rebekah, guided and talked with our ancestors and answered their prayers in surprising and even incredible ways. The God of Moses appeared in a burning bush, in fire and smoke, parted the waters, and provided manna and quail and refreshment for wilderness wanderers. The God of the prophets, through them, spoke words of comfort and challenge, and at times demonstrated mighty power.

The gospels also tell of signs and wonders, of Jesus’ miracles of healing and feeding and insight and new life. Jesus himself embodies the miraculous through his birth, death and resurrection, and in his divine/human life.

Jesus imparts to the disciples miraculous power, enabling them to carry on his ministry. The risen Christ appears to Paul on the Damascus Road; the Holy Spirit empowers Christ’s followers after the resurrection. Certainly, the Bible bears witness to God’s mighty acts and to our Savior’s miraculous life-giving power.

Our Presbyterian family history is documented in our Book of Confessions, a collection that guides us in our interpretation of Scripture as Reformed Christians. However, we find very little in the confessions on the matter of miracles. Only seldom are Biblical miracles mentioned at all; even Jesus’ miracles of healing the sick and feeding the poor are mentioned only in our most recent confession. Yet there is an emphasis throughout on God’s providential care, on the gracious forgiveness offered to us in Christ, and on the real presence of the Holy Spirit in our lives–miracles, to be sure. All ten of our confessions speak boldly about the central mysteries of our faith–the incarnation and resurrection of Christ — the amazing good news of God’s definitive intervention in human history.

John Calvin is also an important forebear for Presbyterians, and his thoughts on the subject of miracles give us further insight into our family history. Calvin was a well-educated Renaissance man who had severe criticisms of the Roman Catholic Church in which he had been raised. On one hand, he wanted to resist what he saw as excesses in the medieval church, including prayers to the saints, the veneration of relics, and the undue power of the priesthood.

Saints and angels, Calvin said, are biblical, but we must not embellish Scripture. The authority of Biblical leaders, of patriarchs, prophets and apostles, was underscored by miraculous power, but Calvin thought this power ended with the apostolic age. “Those miraculous powers and manifest workings,” he wrote in the Institutes, “which were dispensed by the laying on of hands, have ceased; and they have rightly lasted only for a time.”

At the same time Calvin viewed all life as reminding us of God’s creative presence and providence — as sacramental, miraculous. “There are as many miracles of divine power,” he wrote, “as many tokens of goodness, and as many proofs of wisdom, as there are kinds of things in the universe, indeed, as there are things either great or small.” We don’t need extraordinary proof of God’s power and presence, because we have ordinary reminders everywhere we look.

In a passage emphasizing the mystery of the Lord’s Supper Calvin wrote: “The term sacrament … embraces generally all those signs which God has ever enjoined upon [humans] to render them more certain and confident of the truth of his promises. He sometimes willed to present these in natural things, at other times set them forth in miracles … If he had imprinted such reminders upon the sun, stars, earth, stones, they would all be sacraments for us … And cannot God mark with his Word the things he has created, that what were previously bare elements may become sacraments?”

So it seems Calvin calls us to look for the miraculous in the created order, in the everyday ways that God provides for our health and well-being, and in God’s living Word, which continues to speak to us and remind us of God’s loving presence.

As Calvin and other Reformers distinguished themselves from the Catholic Church of their day, so as Presbyterians at this moment in history we acknowledge certain differences in the way Christians think about the miraculous. Presbyterians are perhaps less prone to expect extraordinary miracles than our sisters and brothers in either the Catholic or the Pentecostal traditions, but we share with them a confident prayer life, a belief in God’s abiding Spirit, and faith in the central mysteries of Christ’s incarnation, suffering death and resurrection.

In this age both scientific reason and spiritual hunger impinge upon us. As Presbyterians we continue to believe in the power of prayer, and we believe God can and does work in both natural and supernatural ways.

In fact, with Calvin, we believe that the natural is ordered and enlivened by divine creativity. We believe that science and human accomplishment are part of God’s providence.

And if we believe in God’s providence for our welfare, then we must also have faith in God’s presence with us in suffering. A renewed hope in the miraculous can enable us to sense God’s hand in every aspect of life, and to thank God for the miracle of forgiveness, of grace, of life itself.

This article originally appeared in the March 1999 issue of Presbyterians Today.