Do we still believe in heaven? Does it make a difference if we do? 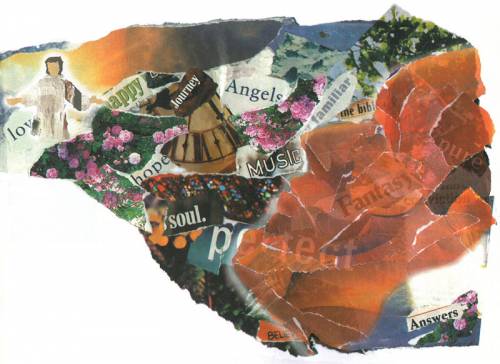 Actually, I don’t think much about heaven. I have enough to worry about just getting through the day.”

It is a common sentiment. One, in fact, that I share from time to time. Perhaps it is my age — 48, in the middle of my career and the raising of a family. I just don’t seem to have time to worry about what happens when I die, or at least what happens to me when I die. But I also suspect that the problem is not simply my age but the age in which I live. We simply do not hear much talk about heaven these days.

Do we really believe in heaven anymore? And if we do, what difference does it make? Is it even a good thing to think about heaven? Should we focus instead on meeting the demands of today, and let God worry about heaven?

I doubt if any complaint against Christians (apart from their being hypocrites) has been more frequent and more effective than the one about our focus on life after death. We have been told: “You abandon the earth in favor of heaven. You permit injustice here because you think heaven will solve it all. Your dreams of eternal life dull you to the wonders and challenges of this life.”

But I also hear other voices in us. Powerful voices. I remember a friend whose wife had recently died asking me, really asking me, “Will I see my wife when I die?” I knew what he was asking: he still had to be himself, his wife still had to be herself. And they needed to meet, probably in space and time. It needed to be a lot like life here. I also knew it was not a naked question. He was already answering it in the asking. It was a faith question. Believing and trusting in God for him meant that his relationship with his wife, that wonderful and miraculous relationship, could not really ever end.

We connect God with both heaven and earth. We find God here (or God finds us), and in finding God here we expect there to be more.

We have always done this. The Bible does this. Our confessions do this.

The oldest confessions in our Book of Confessions focus more on the future than the present. For example, the Nicene Creed reads: “He [Jesus] suffered and was buried, and the third day he rose again according to the Scriptures, and ascended into heaven, and sitteth on the right hand of the Father. And he shall come again with glory to judge both the quick and the dead, whose kingdom shall have no end.”

The Apostle’s Creed is almost identical, only changing the final imagery to “from thence he shall come to judge the quick and the dead.”

The Jesus story is also our story. That Jesus died, was raised, ascended into heaven, and sits on God’s right hand prefigures our own story. We will follow him. This means our confessions often describe the future of individual Christians by how they tell the story of Jesus. In the earliest confessions it is understood that we are destined, when we die, to follow Jesus into God’s presence.

But after our death and ascension, Jesus will return as Judge. Life after death includes not only departure to be with God but a final judgment and establishment of God’s kingdom. If the first imagery is one of departure, of our leaving this earth, the second is one of arrival, of Jesus coming here.

The confessions are echoing a tension in the Biblical passages. The Bible speaks both of our departure and of Jesus’ arrival. And more often than not, except perhaps in Paul, the two images are not systematically combined. The Bible does not explicitly work out an account of what happens when we die. Instead it multiplies images of departure, arrival, judgment, spiritual bodies. Our confessions reflect this rather poetic cast of the Biblical imagery.

The Scots Confession and the Westminster Confession of Faith, however, do work out a consistent narrative. The Scots Confession declares: “The chosen departed are in peace, and rest from their labors; not that they sleep and are lost in oblivion as some fanatics hold, for they are delivered from all fear and torment, and all the temptations to which we and all God’s chosen are subject in this life.”

Westminster is even more precise, declaring that “the bodies of men, after death, return to dust, and see corruption; but their souls (which neither die nor sleep), having an immortal subsistence, immediately return to God.” In heaven these souls “behold the face of God” and wait for “the full redemption of their bodies.” When we die our souls (and only our souls) go to be with God.

But this is not the end of our story. The Scots Confession declares: “We believe that the same Lord Jesus shall visibly return for this Last Judgment as he was seen to ascend. And then, we firmly believe, the time of refreshing and restitution of all things shall come, so that those who from the beginning have suffered violence, injury, and wrong, for righteousness’ sake, shall inherit that blessed immortality promised them from the beginning.” Westminster connects this final judgment with a reuniting of the soul with the body. And both connect the giving of eternal rewards to the elect with the casting into hell of the wicked.

If there is a Presbyterian narrative about life after death, this is it: When you die, your soul goes to be with God, where it enjoys God’s glory and waits for the final judgment. At the final judgment bodies are reunited with souls, and eternal rewards and punishments are handed out. As the Scots Confession notes, final judgment is also “the time of refreshing and restitution of all things.” And it is clearly the case that both the Scots Confession and the Westminster Confession of Faith want to orient the present-day life of believers around this future.

But the Bible spends more time focusing on new life here than on life after death. So do all our more recent confessions. Although the Confession of 1967 mentions life after death, it does so only briefly. Its focus is on new life now and on the church’s ministry of reconciliation.

Our most recent “Brief Statement of Faith“ has only one line explicitly mentioning eternal life. The rest of the confession is devoted to present life on this earth. The focus of the Nicene Creed and the Apostles’ Creed on Jesus’ ascension and future return is missing. Instead, Jesus is the one who models our ministry here. We all seem to be 48-year-olds, like me, concentrating on the enormous tasks of this life and letting God worry about heaven.

It is difficult not to hear good American practicality in this shift in emphasis. Let us take up the tasks within our reach and leave heaven to those who live there. But it also may be that we are being very Biblical in this. Rather than articulating life-after-death narratives, the Bible offers a variety of images. The Biblical call is not to believe in one known scenario but to trust both the present and the future to God.

Perhaps “A Brief Statement of Faith” says it well. Each section begins with the declaration, “We trust …” We trust. This is, after all, the core meaning of the Greek word for faith; to have faith means to trust.

This article originally appeared in the April 1998 issue of Presbyterians Today.