Make A Donation Click Here >
Home › Children › Children Can Be a Part of Giving!

But Jesus said, “Let the children come to me, and don’t try to stop them! People who are like these children belong to God’s kingdom.” (Matthew 19:14 CEV)

When I was a child growing up in the United Methodist Church, I remember that my parents once got a little cardboard folder to put quarters in. Although I don’t remember whether you were supposed to put the quarters in every day or every week — or even what the project was for — it really made an impression on me that kids could be a part of giving. 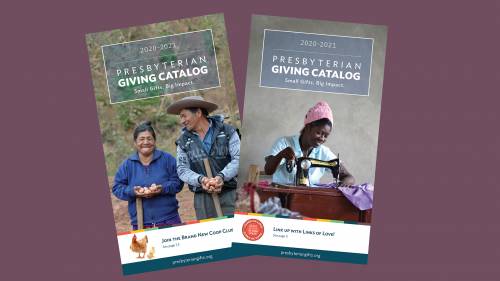 At first, when Pastor Nick asked Sallie Alviani and me as the co-chairs of the Missionary Support Team to consider a way of helping others rather than the gifts we might get at Christmas, Sallie and I felt that because December was such a busy time, we would need more planning time. Then, after looking through what the Presbyterian Giving Catalog had to offer, we decided to launch our project during the Lenten season.

Not only is our pastor, Nick Marlatt, a young minister with three young daughters, one of the things that most impressed me about our church other than its friendliness is the number of children.

Our annual Lenten Mission Project of collecting money for water-related initiatives, which we started in 2017, has been God-directed all the way. At first, we had no clue how it would go, but this year —even during a pandemic — we raised more money than the last. 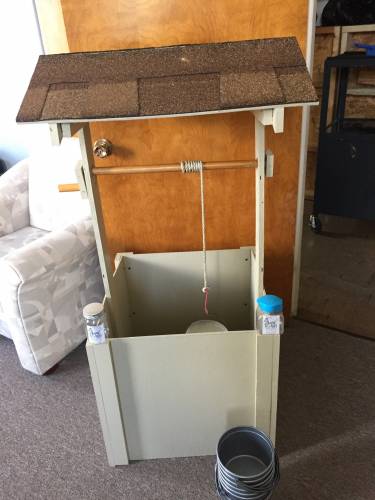 Well built to collect gifts from the congregation.

When we started, we had simply hoped to get enough money to build one well, and instead ended up expanding our project in the last two years to also help another church in our presbytery with money to distribute water to a group whose wells were ruined by what is believed to be water from the drilling of gas wells. 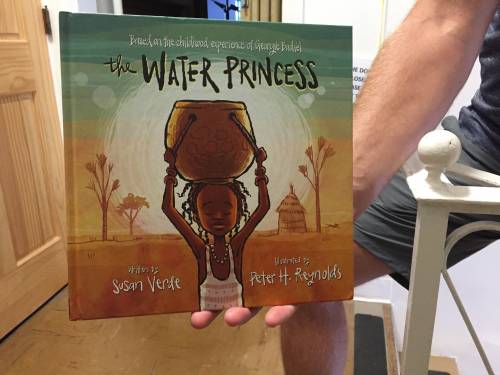 The Water Princess was read during Children’s Time.

Pastor Nick has used the Children’s Time to talk to the kids about the need people have in the world for clean and easily accessible water. He once showed them a bottle of dirty water and asked them if they wanted a drink. On another occasion, he read them the book, Water Princess, by Susan Verde. He does a great children’s sermon!

As we look forward to planning our next mission project for Lent 2021, the children will again be front and center. It’s organized chaos, but our congregation loves it. Whenever I look at those children, I think to myself, “We have little missionaries here!” We could all learn something from their enthusiasm.

Karen Keller is a member of the Ohio United Presbyterian Church in Aliquippa, Pa.