From Worry-Free to Evicted

For more than a decade, Monica lived peacefully in her Jersey City apartment and enjoyed a worry-free relationship with her landlord.

However, when a new landlord acquired her building, Monica started getting notices summoning her to court. At different times, the landlord contended that she had been late with a rent payment or had failed to pay an increased rent charge or had failed to pay the rent at all. Other neighbors reported having similar experiences. 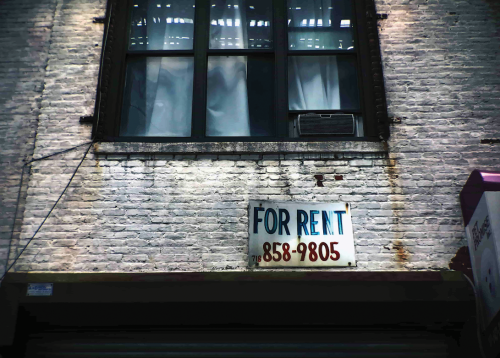 Monica made repeated trips to court and each time the dubious allegations were dismissed. While she successfully fended off the legal challenges, Monica was  growing weary of the hassle and growing more and more worried that one day the landlord might find a way to evict her.

Enter Jersey City Together, a broad-based, multi-faith organization in Jersey City— developing leaders, strengthening communities and seeking justice—committed to standing up for people trying to maintain a decent and affordable place to live. Gifts  to One Great Hour of Sharing are helping in their important work.

Diane Maxon, chair of the Tenants’ Rights and Protection Group, said Monica’s new landlord—who owns approximately 4,000 apartments in Jersey City— has a history of forcing people from their building, renovating the structure and significantly raising the rent in violation of rent control and other housing regulations.

“People were being illegally evicted and rent was being raised up to three times what the original tenant had paid, which is illegal,” said Maxon.

When Monica made her most recent appearance in court, after receiving notice that she had three days to vacate her apartment, Jersey City Together organized a group to accompany her and helped her find reasonably priced legal representation. Previously, she had to face the legal system alone, but this time she came armed with more  knowledge of the law and the presence of Jersey City Together. She was vindicated once again.

From New Jersey to Syria

But that isn’t all that gifts to One Great Hour of Sharing are doing to increase housing security and affordability. In Durham, North Carolina, One Great Hour of Sharing gifts are supporting Durham CAN, a coalition of faith-based groups and civic organizations which has persuaded government officials to devote publicly owned land to affordable housing. More than 400 affordable housing units have been built. In Homs, Syria, Offering gifts have helped rebuild 40 houses and apartments destroyed during the civil war, allowing occupants of these residences to be the first to re-enter the city after  violence subsided.

From Jersey City to Durham to Homs, Syria and other places around the globe—One Great Hour of Sharing gifts are helping to provide a decent place to for people to live. Your gift, our gifts working together make a difference. For when we all do a little, it adds up to a lot.

Sheltering God,  gather us under your protection. Draw your church together with all those in need of a safe place to live, that we might restore your streets and build your household. Amen.

For more information and resources related to the One Great Hour of Sharing offering, visit pcusa.org/oghs.
This post is based on the minute for mission script which can be found on our website as a script.