The One Great Hour of Sharing Offering, received during Lent, has a sixty-nine year history as an ecumenical endeavor that now involves nine denominations and Church World Service. Founded in 1946 by Episcopal Bishop Henry Knox Sherrill, a goal was set to raise one million dollars in one hour for World Relief. *

The first Presbyterian participation in this ecumenical offering was initiated in 1947 by the the former United Presbyterian Church in the United States of America (UPCUSA), followed in 1948 by the former Presbyterian Church in the United States (PCUS). In 1949, church leaders from several denominations began working together to promote this effort. Major networks broadcast a show, called “One Great Hour”, on Saturday, March 26 at 10 p.m. EST. The broadcast, featuring President Truman and popular musicians and actors of the time, closed with the request to make a sacrificial contribution at their own place of worship the next morning. While there is no record of funds raised that day, it is estimated that over 75,000 churches participated.

Over time, many aspects of the offering and its participants have changed, but the purpose remains the same: to collect special gifts for those in need – including disaster relief, refugee assistance and development aid.

Allocations within our denomination have also changed over the years, but the 202nd General Assembly (1990) voted to accept the current structure:

Does your congregation participate in One Great Hour of Sharing? You’re in good company! OGHS is our denomination’s largest special offering. And the thing most people associate with their first memories of this offering? 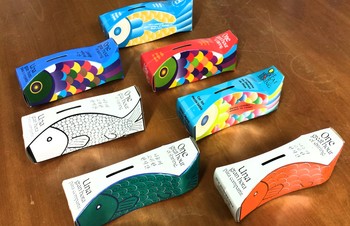 Why, fish banks, of course! Keep up with the stories of Gracie the OGHS fish here.

*Ecumenical history and statistics from http://onegreathourofsharing.org/the-history-of-one-great-hour-of-sharing/