Does the Church really need to be fixed? 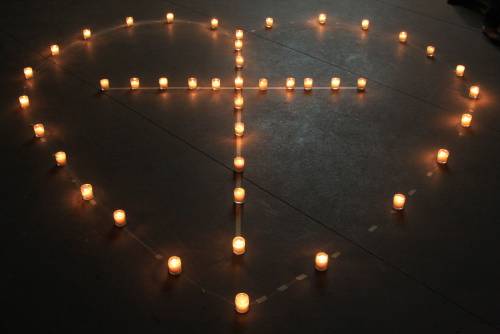 I recently spoke with a pastor about a church from his past. He had felt called to go there, believing he could fix it, but then felt defeated, lamenting that it was just too broken to fix… or was it?

He’s not the first pastor to tell me that she or he had to “fix” a church. In fact, most pastors I’ve worked with as a spiritual director/coach have told me about having to fix a church after the previous pastor(s). They always say it in different ways: “I had to help the church heal from its wounds,” “I had to help them learn how to be church,” or “I had to teach them how to be missional.” In every case, the pastor saw it as her or his duty to fix the problems of the church.

But what if churches aren’t problems to be “fixed”?

What if our churches simply need to be loved.

Seriously, if every pastor is called to fix the problems of the previous pastor, then is any church much more than just a collage of patches? What if the problem is a lack of feeling loved?

The healthiest churches I’ve seen have pastors who tangibly show their love for their people. They are visible before worship services. They smile. They chat with this person or that. They welcome this person or that. They stick around after the service and talk with people about this and that. Nothing deep, just about… stuff. They touch (appropriately and respectfully). They hug. They make eye contact. They compliment. They laugh. They visibly look pleased to see people. They do the kinds of things that normal people do in relationships where they care about each other. And later they recover by taking an hour-long nap!

They don’t see meetings as a pain to be endured or a necessary evil to decide things, but as opportunities to build relationships. They aren’t so functionally focused on getting things done that they forget to spend time just connecting and caring.

We live in a culture where church seems to be about everything but love. Whether we like it or not, we’re tainted by prominent television pastors who seem so intolerant, judgmental, hypocritical and political. That’s who the public sees, and that’s why people are leaving our churches in droves, saying they are spiritual but not religious (and implying we are religious but not spiritual). They know the gospel preaches love, but instead of love they see Christian leaders focusing more on rigid dogmas, the praising of wealth, wanting to arm worshipers with guns, telling people to be afraid, condoning politicians’ moral failures for their own gains, and fighting all sorts of culture wars in the name of Christianity.

The only way we combat these forces is to be armed with one true weapon we have, which John talks about in his first letter: “God is love, and those who abide in love abide in God, and God abides in them.”

Nah… it can’t be that easy.