Stories of mustard seeds and mountains 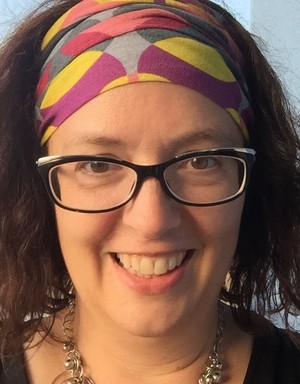 Small town justice
A pastor and a heroin addict’s father walk into a police station . . .

My husband and I walked into the district magistrate’s office. It was cold. The air conditioning was blasting, the folding metal chairs uncomfortable. A couple dozen magazines were piled neatly by the reception window with an old Bible on top.

“Have a seat,” the receptionist said. “We’re waiting for the officer to show up.”

So we sat in the empty room.

A few minutes later a slender older gentleman walked in, gracefully removing his ball cap as he walked in the door, all in one motion as if he’d done it all his life. He sat down with a weary sigh and leaned his head back against the wall, his thinning white hair askew.

Now three of us sat in the waiting room.

He stared at the ceiling.

I looked at my phone.

We were there for a preliminary hearing because my house had been robbed.

Someone had come in when we weren’t home. The intruder had taken a couple of checks from our checkbook in the drawer of the office desk. From the back. So that we might not notice. He had taken a ring from my jewelry box. Just one. The one that my mother had given me. The one that had been in her family for a couple generations. It had a broken prong that I was intending to get fixed but never quite did. He also had taken two power drills.

The police chief says that’s how it works. A heroin addict will break into a home and just take a few things. Forge checks that might go unnoticed, take a little jewelry that might not be missed. Snatch change and bills from an unlocked car. Take just enough of someone else’s stuff to pay for the addiction for a few more days.

The suspect was in another room, already in custody for another crime—this time, taking his daughter house to house claiming to sell cookies for cash upfront. The chocolate mint cookies never came, though. The cash went quickly.

I stared at my phone wondering if the man in the room with us was the suspect’s dad. The chief said the dad had cashed one of our checks. I tried to sneak looks at him. Was that him? Was that the dad?

Then, my cousin walked in wearing a suit with a red tie. There were now four people. Three of us were standing, hugging and smiling while my cousin looked at his cases.

He was the prosecuting attorney for the case, except he couldn’t be because we are related. “Let me talk to the magistrate and the other attorney,” he said. “Maybe the guy will waive the hearing, and we won’t have to come back.”

The man still sitting was watching our exchange with keen interest.

“Me, too,” I replied, knowing that his son is one of many sons and daughters who are using heroin in our area—an epidemic sweeping rural America. One neighbor had died of an overdose. A former Sunday school student had asked me how she could get off the drug. It’s so prevalent that when my own 17 year old called in hysterics saying, “I screwed up,” my first thought was that she had shot up, not that she’d wrecked her car.

So my husband and I talked with him. About the economy and the challenges facing young people in rural areas. About the people we both knew and the Presbyterian churches and pastors. About how heroin seems to be invading everywhere. We talked like neighbors. We are neighbors.

Small town justice (much like small town ministry) isn’t about big ideas. It’s about waiting-room conversations where someone’s kid or cousin plays a role. It’s tracing how you are connected—by people, by churches, by circumstance. It’s about neighbors coming together and finding the balance between consequences and mercy. It’s about seeking justice while loving our neighbors.

Small town justice has a face. And when one of the faces is the pastor, careful thought has to be given. In Jesus’ parable of the Good Samaritan, the priest and the Levite pass by a man who was beaten, robbed, and left for dead. Those religious authorities are forever known as the bad guys because they did not show mercy.

And so I pray, how do I show mercy to my neighbor?