Playing beyond the boundaries in hopes of finding God and inspiration 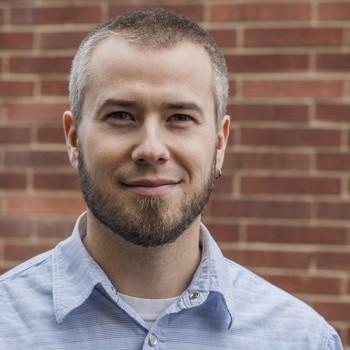 Preaching about mental illness
Being vulnerable and breaking the stigma

How many sermons about mental illness do you think are preached each year at an average-sized PC(USA) church? I have no statistics about that, but if I were to guess, I would say very few, if not zero (a LifeWay Research survey found in 2014 that 66 percent of mainline and evangelical pastors rarely or never mention mental illness).

Last fall, during a stressful week, I had an intrusive thought. Everyone has intrusive thoughts; they are the thoughts that pop into your mind and make you think, “Whoa . . .  Where did that come from?” It might be something like, “I wonder what would happen if I just drove my car off the cliff right now?” Or after watching a particularly gruesome violent scene in a movie, you think to yourself, “I could kill someone like that.”

At any rate, I had an intrusive thought, and I couldn’t let go of it. And that led me into some of the hardest and darkest six months of my life. I was depressed and anxious. I grew distant from my wife and my three-and-a-half-year-old son. I was moody and grumpy. I was a different person.

During that time, I decided I needed to end my position at the church I served as associate pastor and had the opportunity to go through a three-day vocational consultation program. Over the course of those three days, working with the psychologist at the facility, I received a diagnosis of obsessive-compulsive disorder (OCD). I have written on my blog about my experience and how I’ve struggled with OCD here.

Before receiving my diagnosis, and as I got more depressed and anxious, I noticed that my prayers of the people had changed. As I wrote them each week, I began to pray intentionally for those who were struggling emotionally or were depressed. I realize now I was praying the words I needed to hear.

‘If we’re not preaching about something as prevalent and significant as mental illness, what’s the point of getting into the pulpit week after week?’

After writing my lengthy post about OCD, I received multiple notes from members of the church I recently left, asking for information about OCD and whether I liked my therapist enough to recommend him.

One in four Americans experience mental illness in a given year. I know that in a personal way. It has been a tremendous struggle for me, and while I’m in therapy with a great therapist and have a great support system, it’s not easy.

As a pastor, all it took for me to get a positive response was to mention a few specific things in prayers and write about my own experience. I can only imagine what the response would have been if I had preached an entire sermon about mental illness and shared, there in that sacred gathering space, my own journey with OCD.

I know some pastors will be reluctant to be so vulnerable with their congregations. They might worry about crossing personal and professional boundaries. They might be so deep in the struggle themselves that they wouldn’t even know how to articulate their experience. Others might worry that they just don’t know enough to speak on the subject.

To those pastors, I say that we as clergy must model the vulnerability we ask of our parishioners. If you don’t know enough, learn. If you’re worried about boundaries, share but be careful you’re not asking your congregation to become your therapist. If you’re concerned that the sermon will become too much about you and your story, check your intentions: is this for personal catharsis or for the person silently suffering in the back pew?

But for God’s sake (and I mean that literally), do not be silent. If we’re not preaching about something as prevalent and significant as mental illness, what’s the point of getting into the pulpit week after week?

We have an opportunity to help break the stigma of mental illness—and we could save lives. What’s stopping us?

Adam Walker Cleaveland is a pastor who lives in Chicago. He loves thinking about the future of the church, playing with his three-year-old son and drawing and sketchnoting. Adam blogs at pomomusings.com, where he writes about ministry, theology, art, and social media. You can find Adam online at adamwc.com, on Facebook at facebook.com/adamwc, or on Twitter at @adamwc.