Conversations with church leaders about projects that matter 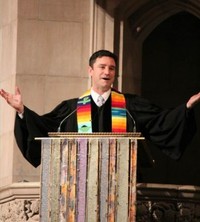 <—- Brian Ellison has served as executive director of the Covenant Network since 2012, providing overall strategic leadership in implementing the organization’s mission. Previously, he served as pastor of Parkville Presbyterian Church (near Kansas City, Missouri) for 13 years. Brian has actively served the General Assembly as a director of the Board of Pensions, a member of the Committee on the Office of the General Assembly, and as moderator of both the Committee on Mission Responsibility Through Investment and the Stated Clerk Review/Nomination Committee. He is parish associate at Village Presbyterian Church in Prairie Village, Kansas. A graduate of Harvard University and Princeton Theological Seminary, Brian also is an adjunct instructor in homiletics, a host/contributor at NPR affiliate KCUR-FM, and a freelance writer. He and his partner, Troy Lillebo, live in Kansas City. 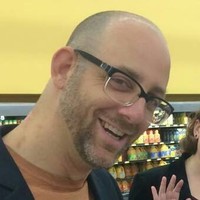 Rocky Supinger has been the associate pastor at Claremont Presbyterian Church since 2008. His primary responsibilities are for junior high and high school youth. Rocky came to Claremont with his wife Meredith from Kansas City, Missouri, where he served for three years after completing his Masters of Divinity degree at Princeton Theological Seminary.  He and Meredith are graduates of Sterling College in Sterling, Kansas, and they have one daughter, Laura. He blogs and podcasts at yorocko.com.          ——>