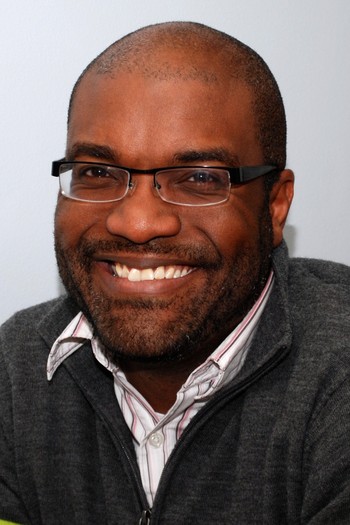 Some refer to them as “riots.” Some call it the “uprising,” others the “unrest.” Whatever you call it, it has been over a month since the surreal events in Baltimore took place. I’ve been in this city for just over four months. It’s hardly any time at all but I’ve fallen in love with this city. It has been a refuge for me, a place to start over. While having all of the amenities you would want in a major metropolis, Baltimore feels interconnected enough that you could easily find yourself running into the same crowds of people all over the city. “Smalltimore” is what some of the locals it.

The people of this city are lovable. They care about their communities. I talk to them every day. Maybe it’s just the circles I run in, but there is a civic-mindedness that pervades this city. They believe in hard work, helping your neighbor, and enhancing the quality of life in their communities. That mentality cuts across race and class.

What doesn’t cut across race and class is opportunity. Baltimore is a city of neighborhoods. I work in distinct neighborhoods separated by mere blocks. You can feel it when you cross the invisible lines. People have completely different experiences of the city based on their race. There is, in essence, a Black Baltimore and a White Baltimore.

I spend most of my time in Black Baltimore. I work in neighborhoods speckled with vacant houses. I work in neighborhoods where schools are being closed, where prison records impede employment, where the old fear the young and the young seem to fear nothing. I work in traumatized communities, which is to say that these are not just collections of traumatized individuals; they are targeted ascommunities, and they share in the same impact of being over-policed and underserved. I work in communities where violence happens on streets, but also in homes and in personal relationships. I work in communities that have unbroken patterns of abuse and trauma.

‘Violence is what happens when grief has nowhere else to go, and Black Baltimore is tired of grieving its young people.’

Violence is what happens when grief has nowhere else to go, and Black Baltimore is tired of grieving its young people. That is not a justification for violence. At my core, I believe that violence is the ultimate dehumanizing act, and yet when individuals and communities have been on the receiving ends of all sorts of violence—physical, economic, racial, psychological—those individuals and communities assert their own humanity by declaring they will no longer be trampled. That is what we saw in Baltimore those late April nights.

Almost every meeting I attend has a police presence. They aren’t there for security; they are there to introduce themselves to the community and to build positive in-roads with neighbors. They know that there is an image problem. They know that there are trust issues. I do genuinely believe that most of them are good people. A few I’ve met have grown up in Baltimore, and they want to make their city better. I applaud that. I think of the story of the centurion in Luke 7. He was a good man despite being a part of the most violent of police states. That doesn’t change the fact that he was a centurion, an occupier. In many cities, the police forces do not feel like fellow citizens caring for communities. They feel like occupying forces there to stamp down insurrection. Jesus was amazed by the faith of the centurion. Sometimes I’m amazed by good cops. I have to remind myself that they are people too. May was Baltimore’s most violent month in decades. Since the indictment of the six officers involved in Freddie Gray’s death, the police claim that they are scared to do their jobs. The irony that police fear the criminalization that they subject young men to everyday seems to be lost on them. They have abdicated their responsibility to keep the streets safe.

My job, as a community builder for the 29th Street Community Center, is to enhance the ability of neighborhoods to respond in positive ways to the traumas of their communities. There is much work to do. It feels like a drop in the bucket. I’ll employ youth to help clean up an abandoned park. I’ll train residents on how to better communicate with their neighbors. I’ll help to organize block parties because good will goes a long way. I’ll listen because, first and foremost, traumatized people need to be heard. We’ll talk about gardens or youth activities or farmers’ markets . . . anything that reminds them and me that tomorrow is going to happen. Because, more than anything, traumatized people need hope.

Derrick L. Weston is a teaching elder in the Presbyterian Church (U.S.A.), a community builder for the 29th Street Community Center, and cohost of the podcast God Complex Radio. This article is an adaptation of an earlier post that appeared on Derrick’s blog.