Make A Donation Click Here >
Home › ‘When the Earth is sick, we are sick’

The Rev. Dr. Cláudio Carvalhaes urges Earth Care audience to ‘respond to the needs of the land’ 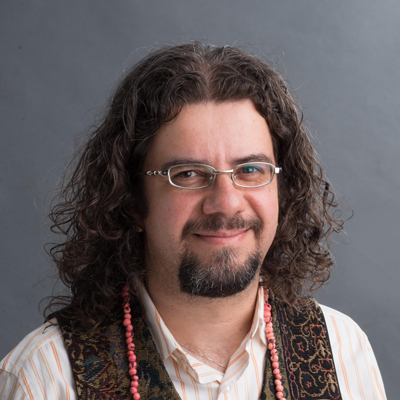 LOUISVILLE — Speaking with the urgency of a man whose house is on fire, the Rev. Dr. Cláudio Carvalhaes issued a wake-up call Sunday for everyone to notice the precarious state of the environment and everything living in it, from birds and trees to humankind.

Carvalhaes illustrated his point by showing a brief video of a family going through their morning breakfast and grooming routines while being oblivious to their house going up in flames around them.

“Indeed, we are burning, and living inside of a burning house, and we are lost,” said Carvalhaes, a theologian who spoke about climate change and global warming during the Presbyterians for Earth Care 2021 Conference.

With a plethora of disasters, from wildfires to floods to COVID-19, and an insatiable desire for more and more products, it’s clear that the world, including its people and systems, are out of balance, he said.

“The land is sick,” he said. “When the Earth is sick, we are sick. We are taking away more than the Earth can give.”

In such dire times, better guidance is needed, said Carvalhaes, who suggested a re-examination of the Scriptures.

“We have a fundamental obligation to ourselves and to the future generations to reread the stories of the gospel and the entire Christian tradition,” he said. “We have to check our religious beliefs. We have to rethink what we know. We have to put to test all our spiritual practices to see what can stand for this time.”

Carvalhaes, an associate professor of worship at Union Theological Seminary in New York City, spoke during the opening day of “Creation Care Buffet: Come to the Table,” an online conference being held during the first three weekends of the month.

The conference, with an array of speakers, worship leaders and workshop facilitators, is held every two years and has attracted about 240 registrants this year with its new digital format.

Presbyterians for Earth Care Coordinator Mindy Hidenfelter said, “I’m hoping, overall, people will get a sense of the different perspectives on caring for Creation and also get some fresh ideas … just to carry on the work of doing a better job of taking care of Creation.” 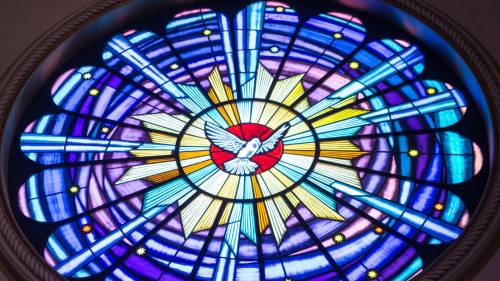 Carvalhaes spoke of the dove as being a form of the Holy Spirit. (Photo by Mateus Campos Felipe via Unsplash)

Carvalhaes is a liturgist, artist and author whose latest book, “Praying with Every Heart: Orienting Our Lives to the Wholeness of the World” (Cascade Books), was just released this week.

While leading worship at the conference, Carvalhaes highlighted Luke 3:21–22, which describes the baptism of Jesus.

“Now when all the people were baptized, and when Jesus also had been baptized and was praying, the heaven was opened, and the Holy Spirit descended upon him in bodily form like a dove,” according to the biblical text. “And a voice came from heaven, ‘You are my Son, the Beloved; with you I am well pleased.’”

There is no need to think of that as just a metaphor, Carvalhaes said, but rather “a dove came to witness Jesus’ baptism, a bird was God’s presence on Earth.”

“Have you ever thought of that?” he said. “That your God is a bird, with feathers?”

In fact, “God’s fullness can be found in the little birds chirping anywhere we go,” and God is also in the flesh of all animals, he said. 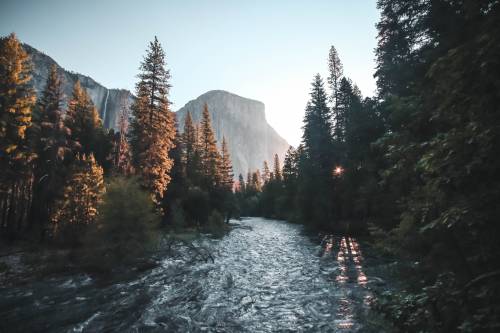 People have a responsibility to respond to the needs of the land, Carvalhaes said. (Photo by Jeremy Bishop via Unsplash)

With all that in mind, Carvalhaes challenged the audience to look at the environment around them and consider what needs to be cared for.

“We have to take care of the patch of land where we live and have the responsibility to be God’s custodians of all Creation,” he said. “We need to take responsibility, which means to respond to the needs of the land and to have the ability to deeply care for the lives of soil, of the waters, of every living being.”

Carvalhaes showed a video about endangered songbirds called honeyeaters in Australia. They are at risk of losing important cultural traits, such as their songs, if younger birds cannot find older birds to learn from as their woodland habitat diminishes and their population declines, according to the video.

His benediction consisted of repeating, “Listen to the birds.”

Hidenfelter said Carvalhaes “made it clear where our place is in Creation and what our responsibility is for taking care of Creation” and “did a great job of framing the rest of the conference.”

Click here to register. The weekly worship leaders for the next two weekends are as follows: