LOUISVILLE — The first thing that Jud and Elizabeth Curry of Elburn, Illinois, want you to know about them is they aren’t superheroes.

That despite the fact they are the parents of seven biological children who have adopted five special needs children from Vietnam and China.

Four years of the family’s story is the subject of the documentary “Hayden & Her Family,” a film by director May May Tchao, which will air as part of the America ReFramed series.

The film premieres on The World Channel at 8 p.m. Eastern Time Tuesday. Watch the trailer here. When it’s available beginning Tuesday evening, “Hayden & Her Family” can be seen here and on the PBS app.

“I would say that our family is sometimes conspicuous,” Jud says in the film, “but it feels like a completely ordinary family to us.”

“I spent a lot of time with May emphasizing we didn’t want to be superheroes, because we aren’t,” Elizabeth told Presbyterian News Service over the weekend. One reason for agreeing to having the film made, she said, is, “I do really want people adopting or thinking about it to go in with their eyes wide open about what it means. Every adoption comes with trauma. It’s not natural for a child to lose their family of origin … It takes different parenting techniques for a child to feel safe and become emotionally healthy.” 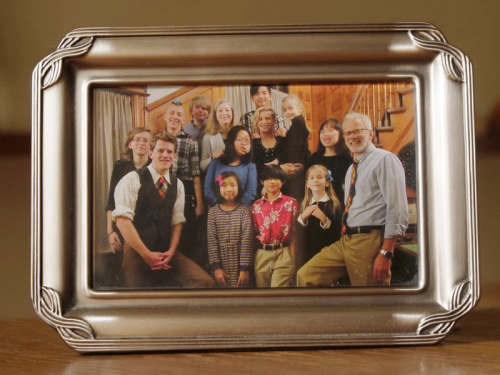 The Curry family of Elburn, Illinois, is the subject of the film “Hayden & Her Family,” which premieres Tuesday. (Photo courtesy of Tchao Films, LLC)

The film, which has been entered in a number of film festivals, is enjoying its larger release near the end of National Adoption Month.

Elizabeth, who has homeschooled all 12 children, seven of whom are still at home, has blogged for more than 15 years about her family and about adoption on her blog she calls “Ordinary Time.”

When “Hayden & Her Family” was being filmed, the Curry family lived in Evanston, Illinois. Jud and Elizabeth met at First Presbyterian Church there, where Jud was involved in youth ministry following college and Elizabeth volunteered in the church’s junior high ministry.

“Before relocating from Evanston, Jud, Elizabeth, and their family were treasured members of our congregation,” said the Rev. Dr. Raymond Hylton, the senior pastor at First Presbyterian Church in Evanston. “Their loving and generous hearts for their children gave our community concrete examples of God’s unconditional love and acceptance.”

Hylton said First Presbyterian Church is “excited that a wider audience will learn about their inspiring journey.”

Jud and Elizabeth got married and began their family. In the film, Elizabeth recalls being taken with the 1977 documentary “Who are the deBolts? and Where Did They Get Nineteen Kids?” 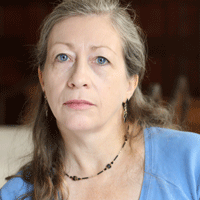 “I loved that they were all embraced, no matter what,” she says. “It showed the children for the children and not for the special needs that they had. I just loved the whole dynamic of the family. I wanted to be part of that somehow.”

She recalled rocking her biological son Duncan while being “filled with absolute grief for a child I didn’t know.” 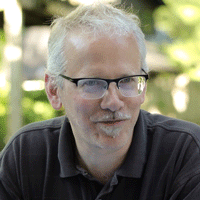 The couple adopted 3-year-old Minh from Vietnam. Jud, who’s worked in university administration when he’s not working at home, says in the film he and Elizabeth were drawn to his sweet face and “the sense that this was that little boy that Elizabeth had felt was out there somewhere.”

A second Vietnamese child, Kiet, then joined the family, and soon after that the couple had their final biological children, twins Gigi and Lena. Elizabeth thought the family was complete, “until she saw the picture of Hayden,” Jud said. Hayden, who’s now 19, was born with linear nevus sebaceous syndrome, a disorder that affects her appearance and cognitive abilities. In her description, Elizabeth read these words: “Hayden wants a mommy and a daddy to love her and sing to her and fix her good food to eat.”

“I couldn’t let it go,” Elizabeth says in the film. 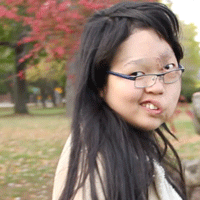 Along with their children Alice and Minh, they traveled to China seeking Hayden. “I like being around people,” Alice says in the film, “and I think that has something to do with connecting with younger kids.”

“She is just sweetness itself, and has always been such a trouper,” Jud says in the film. As depicted in the film, Hayden takes the time to draw what she hopes to look like following facial surgery.

“I have to say it does become a little addictive to find the humanity in the package that other people are willing to write off as a set of special needs,” Elizabeth says. 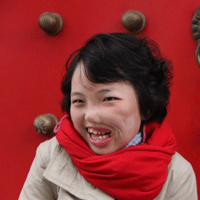 “Yes, I babysat sometimes,” says Archer, the oldest Curry child. “But my parents have always been very good about the fact that they are the ones who raised their children, and I never felt like I was raising my siblings.” 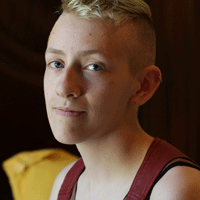 Faith practices are examined throughout the film. The family says grace over a long dinner table, and later are shown singing “It Is Well with My Soul” at First Presbyterian Church. “I don’t think that we could have undertaken the adoptions of all five of our adopted children,” Jud says, “without the motivation of our faith. This is just something that we thought would be fun. We have felt that God’s put a call on us.”

“When you go through hard times with those children,” Elizabeth says, “it can often feel as though you’ve made a mistake, or you didn’t understand correctly or that God really isn’t there with you. You do this big step of faith and sometimes life gets harder. But you keep going, and you have to hold onto those initial feelings that this is what I was really meant to do, because otherwise you don’t have the strength to go on.”

The couple is equally up front about the need to watch every dollar while raising a large family.

“As a parent, I do wish we had the resources to provide some extra things that we just monetarily can’t,” Elizabeth says. Jud credits her with “stretching the material resources that we have,” joking she could have her own television show based on stretching a dollar at the grocery store.

“I don’t feel our lives are impoverished because we still use flip phones,” she says, and her husband laughs. “I pay the bills every month and somehow the bills get paid. God has provided every step of the way. I don’t see him stopping anytime soon.”

One example: the cost to adopt Ting Ting was fully covered by a $25,000 adoption grant, which in the adoption world is the equivalent of “winning the lottery,” Elizabeth says.

“I think our job is just to keep taking that next step and just see, OK, how’s it going to be provided for tomorrow and the next day and the next week?” Jud says. “It’s very much an act of faith.”

But at least part of the journey has been marked by loneliness, Elizabeth says in the film. “Ask any mother raising special needs children and I would venture to guess that 99% would say loneliness and lack of social support would be the hardest part,” she says.

Then there’s the guilt, “guilt that I am not living up to what all the people in China had hoped for their darling girl,” Elizabeth says. “In China, Ting Ting had an amazing support system. She had two churches worth of people who were heavily invested in her well-being. They are the ones who raised the money for her adoption, and they had prayed very, very hard for an adoptive family to come forward, and we were that family. We were the answer to many, many people’s prayers, and I realized that can be burdensome. You feel like you are letting a whole bunch of people down by being an average parent.” 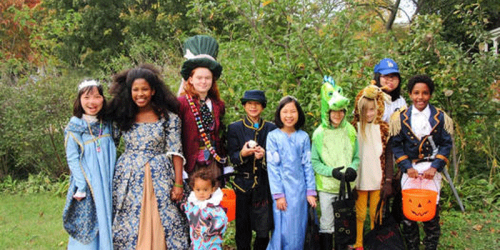 The Curry children and their friends are ready for trick-or-treating. (Photo courtesy of worldchannel.org)

Near the end of the film, the children are pictured struggling into their Halloween costumes. After he fashions an impromptu crown from silver duct tape, Jud assures viewers, “You don’t have to be special, different and nimble to adopt. You just have to decide to do it, and the rest of that you figure out as you go.”

“It might be hard. It might be frustrating. It might be tiring. It might be lonely. But you also note that yeah, you’re actually making a difference to someone, maybe more than one someone,” Elizabeth says. “When they can suddenly count to one hundred, I get to be there and watch it. That’s no small thing.”

“You learn,” Elizabeth says, “that you can love a child who doesn’t necessarily love you.”

“The child you just weren’t sure you even liked,” Jud says, “becomes the child you can’t imagine living without.”

“The most heartbreaking thing is, I can’t go back and change my children’s lives for them. I can’t give them what they would most desire, and I’m not it. I’m their third-best choice,” Elizabeth says. “The first would be to be able to stay in your family of origin. The second would be to be adopted by a family in their own country so that they didn’t lose their first language and their culture. I am the third best. I know my place in their world, and the best I can do is to accept their pain and to love them through it all.”

“Some of them may never love me as much as they love that first family, and that’s OK,” Elizabeth says. “There’s nothing they owe me because they didn’t choose this.”

Asked what she’d like to see in people’s response to the film, Elizabeth told PNS that she hopes “their idea of what is possible is broadened. People get stuck in our cultural expectations of what makes a good family and what makes a good parent … I hope we can give people a different view of what a happy, good family looks like. We have stepped outside of those cultural norms, and our children and adult children are thriving.”

“I’d say I hope people come away with the sense that if you feel like there is a big thing you want to do, you don’t have to be capable of that. That capacity comes by doing the thing,” Jud said. “It’s not that we had extra capacity, but we developed what we needed to do when we started to do it. By loving a child, you make the decision to do that. Over time love is what develops through that relationship.”