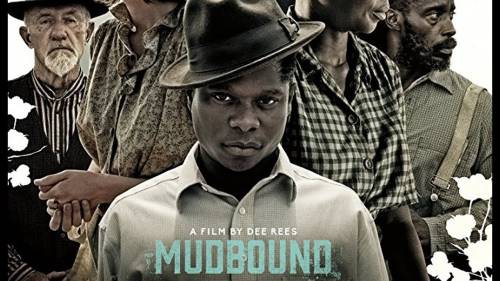 LOUISVILLE — Presbyterian News Service is continuing the tradition begun about 15 years ago in Presbyterians Today of selecting the year’s top 10 films. The list is different from those appearing in secular journals because the primary criteria are spiritual and moral/ethical values, not artistic ones.

Are issues of ethics and social conflict raised and dealt with realistically? Are the characters well-rounded ones who struggle with their decisions? Are violence and sex seen as complex matters, rather than depicted in black and white terms? Does a film show the consequences of violence and sometimes even suggest an alternative? Is the filmmaker similar to the prophets of old, challenging injustice, exposing the moral shortcuts of the characters, or envisioning a more just reality?

I was surprised that three faith-based films made it onto the list because of my long-time resistance to their usual simplistic characters and plots and tendency to preach rather than to let the story carry the message.

One or more scripture passages are included with each mini-review to foster dialogue connecting film and faith. The titles include a hyperlink so that if you are reading a digital copy of this article, you can go to the longer review of the film at visualparables.org.

Director Dee Rees’ powerful drama, set in the Mississippi Delta during and right after WW2, tells the story of a white and a black family whose lives become intertwined by the land and an unlikely friendship between a son from each. When the white Jamie and the black Ronsel return from traumatic war experiences in Europe, they bond despite the disapproval of everyone else, their friendship leading to an explosive climax. Almost as important as the racial theme is that of female empowerment, embodied in the struggles of the two mothers. The importance of the black church for sustaining the soul is also emphasized. Shown in just a few theaters for Oscar consideration, it is available on Netflix.

Based on William P. Young’s bestseller, this faith-produced film is the most overtly theological film on the list, with the filmmakers attempting to portray not just a Unitarian God, but the Trinity! This has evoked considerable debate, especially among conservative Christians. With a black woman as Papa, a Mediterranean playing Jesus, and a Japanese woman playing the Holy Spirit, this multicultural attempt to me is as good as the Trinity paintings made by Byzantine and Renaissance artists. The story of a father dealing with his grief over the murder of his little daughter and God leading him to forgive the killer is very powerful. A group could spend hours discussing scenes from this film!

Perhaps the most relevant to current affairs is director Steven Spielberg’s film about the struggle between the Nixon White House and the press concerning the publication of the material stolen by Daniel Ellsberg that became known as The Pentagon Papers. The government blocked the NY Times from publishing them because they revealed that the government for many years had been covering up its assessment that the Vietnam War was “unwinnable.” When they obtain the papers, Washington Post Editor Ben Bradlee and publisher Katherine Graham must decide upon risking jail terms if they print the papers. An excellent look at the process of decision making under intense pressure, this film too deals with female empowerment because so many of the “suits” surrounding Ms. Graham doubt her leadership and urge her to play it safe by not publishing. They fear that the pending deal for the financially-strapped newspaper to sell stock to the public will be derailed, so Bradlee and Graham must weigh profits against the possible loss of young lives, if the truth about the war is not revealed.

At the very beginning of British filmmaker/writer Terence Davies’ biographical film about Emily Dickenson, the future poet takes a stand against a harsh, narrow view of the Christian faith at Mount Holyoke Female Seminary. Throughout the film we see her rebel against other constraints of the times, one example being her disdain for the popular epic poem “Hiawatha,” she stating that she prefers poetry “less obvious.” Despite her reclusive life, the aptly titled film reveals a woman filled with faith and hope, the latter well expressed by her famous line “Hope is the thing with feathers.”

I was intrigued that Denzel Washington’s lawyer character was given the name of the Bible’s chosen people, from whom came Isaiah’s Suffering Servant, and that elements of his story were so similar to that O.T. figure. A savant, Israel is a social misfit dedicated to justice and reform, but when he veers from the righteous path, he pays a terrible price. Despite his tragic fate, he influences for the better two people (“By his stripes we are healed”) –a female social activist is renewed, and the values of a slick money-grubbing lawyer are transformed. The latter takes up Israel’s crusade to right a legal system that is greatly unfavorable to young black men.

Focusing on a good story instead of trying to convert non-believers, our second faith-based film shows the growing maturity of Christian filmmakers. In this film the story of an Episcopal priest sent by his bishop to close a small church is true, their closure plans up-ended when a group of Christian Karin refugees seeks the church’s help. The church has no money, but it does have land for the refugee farmers to plant and harvest, though their project is almost wrecked by bad weather. A good story of service and perseverance, the title refers to more than just the name of the church.

Our third faith-produced film, with its themes of racism and homelessness, barely skirts the old problem of the white savior rescuing the poor black man. It too is based on a true story, that of a wealthy Texas art dealer and his wife. She forgives her husband for his adultery on the condition that he join her serving meals at a soup kitchen. Despite the rebuffs from an angry homeless man, she insists that her husband continue to reach out to the man, the result eventually being a friendship that transforms both men and extends beyond the death of the selfless wife.

This sci-fi tale starts out as a cautionary social satire about how the process of downsizing people to five inches in stature can be commercialized. The scientist who invented the process saw this as the answer to world overpopulation, but business interests appeal to people’s self-interest, promising falsely a utopia where everybody can afford a McMansion. Our Everyman hero buys into this, but when he joins the community of miniaturized people, the film turns into an inter-racial love story with the theme of self-sacrificial service to others. Let’s hope this box office failure finds the audience it deserves via video.

The spirituality of this series is eastern Asian, but the ethics of resistance to tyranny and the respect for all races are shared by all faiths. With many bows to the adventure films of a by-gone era, the filmmakers have brought the series into the 21st century by giving us a mixed-race cast and a strong female character to root for — indeed, two strong females, with the introduction of the feisty Asian mechanic. Both women are good role models for our daughters. The Force is obviously still with the series, the newest one is almost as good as those in the first trilogy.

I thought hard about including director Cristobal Krusen’s film seen by just those in Bosnia, where it was made, and the attendees at a few film festivals—though it is now available on video. The film concerns the love affair between a Christian man and a divorced Muslim mother whose parents reject them because the families still harbor the grudges left over from their devastating civil war. When her lover fails to show up at their rendezvous, the woman’s life starts to spin out of control–she loses her job, her children, her home, and almost, her life. Yet during her time on the streets and staying warm by riding transit trains back and forth to the end of the line we see a mysterious bearded man, even in the hall of the hospital where she winds up. Is he an angel. Or Christ, or–? A poignant tale about whether or not God cares, this is a film deserving of an appreciative audience.