Make A Donation Click Here >
Home › This is how we run 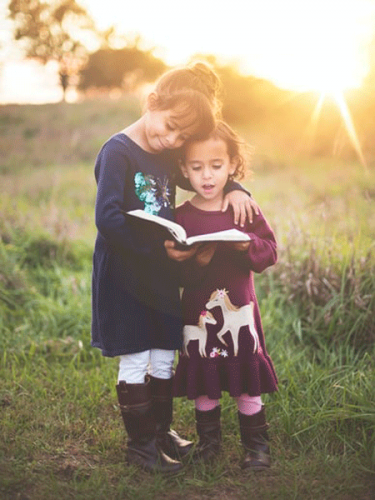 LOUISVILLE — With a big assist from the gifts of music leader Mark Miller, closing worship for APCE’s Circle of Faith event in Chicago ended Saturday where it had begun the Wednesday before, with Hebrews 12:1-2.

Only this time, worship leader the Rev. Dr. Rodger Nishioka also used the words of Eugene Peterson in The Message:

“Do you see what this means — all these pioneers who blazed the way, all these veterans cheering us on? It means we’d better get on with it. Strip down, start running — and never quit! No extra spiritual fat, no parasitic sins. Keep your eyes on Jesus, who both began and finished this race we’re in. Study how he did it. Because he never lost sight of where he was headed — that exhilarating finish in and with God — he could put up with anything along the way: Cross, shame, whatever. And now he’s there, in the place of honor, right alongside God.”

Nishioka hearkened back to a previous ministry stop, before he was senior associate pastor at Village Church in Prairie Village, Kansas, and, before that, a faculty member at Columbia Theological Seminary in Decatur, Georgia.

Nishioka had been called to serve the PC(USA) national staff in youth and young adult ministry. One of the first things he did was attend a large youth conference at Montreat Conference Center in Montreat, North Carolina, “a place that some Presbyterians venerate,” he said with a grin. He was asked to lead one of the small groups. “I thought, I can lead a group of young people,” he said.

But his small group was especially reticent, and when he’d sit down at lunch with other small group leaders, he heard them “gushing about how powerful” their small groups had been.

“That went on the entire week, and by Friday I was a complete mess,” Nishioka said. He prayed: “Lord Jesus, you have called the wrong person to this task … I was completely defeated.”

Two weeks later, a note from a young woman in his small group arrived. “I just wanted you to know how powerful our small group was,” she wrote to Nishioka. “I loved every day and I grew so much. Thank you for leading our small group.”

Nishioka said at first he wanted to write back and say, “That was a terrible small group and you could have talked more, thank you very much.”

Instead, he allowed the Holy Spirit to minister to him.

“In that moment, the Holy Spirit was saying to me very clearly, ‘See, Nishioka, you still think it’s all about you. Because it wasn’t showing up the way you had planned, clearly [he’d concluded] I was not at work in your small group. You’re going to have to get over that idea … There is something larger at stake here. There are people who are greater than just you.’” 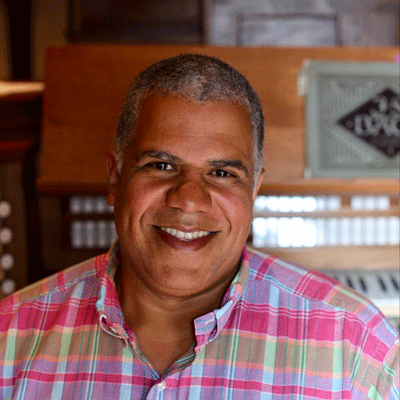 This “cloud of witnesses” the author of Hebrews refers to may be described as “women and men and nonbinary folk who have gone before us,” Nishioka said. Imagine that cloud, he said: Do you see colors, or the bodies of persons comprising the cloud?

Think about those witnesses, he said. “They aren’t passive and watching us,” Nishioka said. The Greek verb is active and suggests it’s like someone testifying in court. “They are constantly telling us a word that will sustain us even when we are weary.”

We’re called by the Hebrews author to “lay aside every weight and the sin that clings so closely” to “run with perseverance the race that is set before us.”

Reformed Christians call that last part “God’s providence,” Nishioka said. “We don’t talk about luck or coincidence. We talk about providence … That cloud is telling us, ‘Keep on with the race and fight the good fight.’”

Be sure to notice the pronouns included here, Nishioka said — “we” and “us.” “It’s not about you. It’s about us,” Nishioka said. “We are all in this race together.” 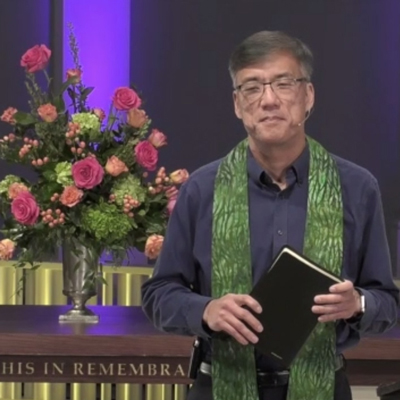 Nishioka recalled his days worshiping at Crescent Hill Presbyterian Church in Louisville, Kentucky. One Sunday an eight-year-old named Leslie asked for prayers for her sick turtle. After worship, Nishioka asked Leslie how she knew her turtle was sick. She rolled her eyes, then said, “because he’s moving so slow.”

Suddenly, a girl whose family was visiting that Sunday darted in between the two. Leslie yelled at the girl, “Hey! In my church we don’t run like that!” The girl’s lip began to quiver. “I thought, this is not evangelism at work,” Nishioka said.

The girl walked over, and Leslie told her, “This is my church, and we don’t run like that. In my church, when we run, we run together.” Leslie took the girl’s hand and said, “This is how we run. Cookies!” And off they ran.

“The way we will sustain is by running together and by holding hands together,” Nishioka said. “Educators of the church, how do we run? When we are soaring with the Spirit, how do we run? Therefore, we run with perseverance the race that is set before us, looking to Jesus the pioneer and perfecter of our faith. Thanks be to God! Amen.”