As APCE introduces its statement about race and intercultural issues, it offers its membership eight webinars 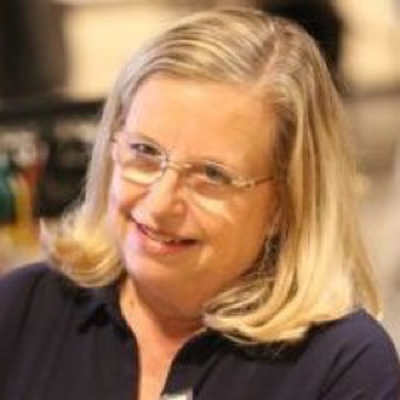 LOUISIVILLE — After years of difficult work, the Association of Presbyterian Church Educators (APCE) has a new justice and equity statement. APCE’s Diversity Task Force, which developed the statement, hopes it will help the organization in its effort to become more diverse.

The statement was developed to guide APCE and its members understand who they were and what they should become as a predominately white organization. The task force is using the statement to introduce a series of eight webinars produced for APCE by Crossroads Antiracism Organizing and Training.

Crossroads, which partners with organizations and institutions to dismantle systemic racism, began working with APCE in the fall of 2019.  At that point, Susan Young-Thornton, moderator of APCE’s Diversity Task Force and the consultant for spiritual formation with the Presbytery of Los Ranchos, said the team, which had been meeting for nine months, was “floundering a bit.”

“We were trying to find a way to break open the discussion that needed to happen with APCE leadership around diversity and inclusion,” she said.

Feeling they needed someone from outside the organization to provide APCE leadership with some perspective, the task force began to consult with Crossroads’ national program manager, Jessica Vazquez Torres.

Through a partnership with the PC(USA)’s Office of Christian Formation, the APCE Coordinating Council and the Diversity Task Force had their first training with Crossroads in the fall of 2019, leading eventually to the creation of the webinars. Through the remainder of 2021 there will be further coaching and consulting as APCE moves toward becoming a just and equitable organization. 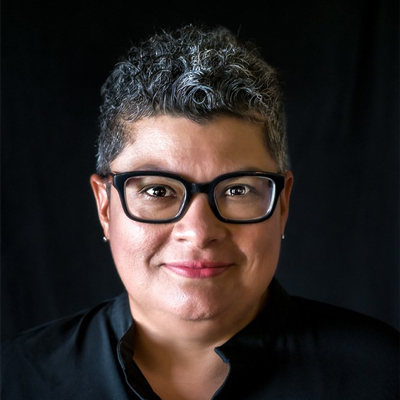 Early on in the conversations, Vasquez Torres told the task force that APCE would remain a white organization unless it shifted its focus.

“She said we needed to work at becoming more just and equitable,” Young- Thornton said, “and then we could become more diverse.”

Hearing this, the task force began to work on helping APCE leadership understand how broad diversity was — and that it was about more than race and color.

She remembers what happened in 1997 when APCE changed its bylaws to include multi-cultural representatives on its governing board, a change that was about race only.

“But there was a certain naivete about wanting to become more diverse and about how to do that,” she said. “We kept thinking it would happen because we wanted it to without deeply reflecting on the ways we operate because of our whiteness.”

Over the years, representative slots for African American, Asian, Hispanic and Native Americans were often unfulfilled. In 2018 Young-Thornton heard that an Asian representative finally asked APCE leadership, “Why am I here serving the organization? I don’t understand what I’m doing. It doesn’t make sense to me.”

“Inviting one to the table doesn’t necessarily make one feel welcome, other than offering them a chair,” Young-Thornton said. “We were excluding people, even as we said we wanted to include them.” 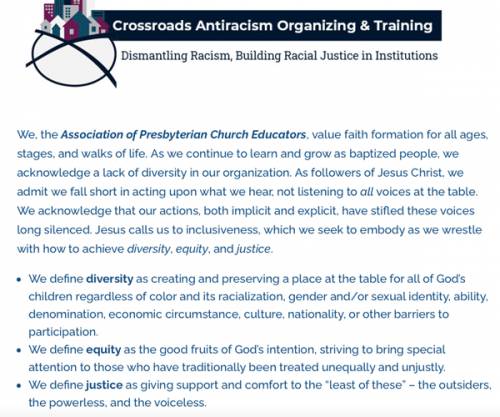 The statement spells out how APCE is seeking to achieve greater diversity, equity and justice.

Recognizing the need to really listen to what the diverse voices were saying, APCE leadership formed the Diversity Task Force, asking its members to look at what APCE had been doing in its diversity efforts and what the organization needed to change. This ultimately led to its partnership with Crossroads.

Describing APCE as a “good-hearted and well-intentioned organization,” Young-Thornton sees the task force statement as “one of repentance while being aspirational.”

“It’s an attitude of ‘this is what we have done or left undone,’” she said, “moving from where we have been and where we are not yet to a more just and equitable organization.”

As task force member Danna Larson, who has been at this work a long time, likes to say, “The work of the Diversity Task Force is really about disruption. We’re looking to disrupt the ways we have always functioned to find new ways of doing and being as an organization.’”

As a way of introducing the justice and equity statement to the wider church and to get feedback, the diversity task force shared the statement during one of the roundtable discussions at APCE’s recent annual event, “Anything but Ordinary Time.”

In addition, the task force held three workshops around: