#GivingTuesday – Join the PC(USA) in responding to a world in need! Give now!
Make A Donation Click Here >
Home › ‘The Great Dissenter,’ Justice John Marshall Harlan, was a longtime ruling elder at New York Avenue Presbyterian Church in Washington, D.C. 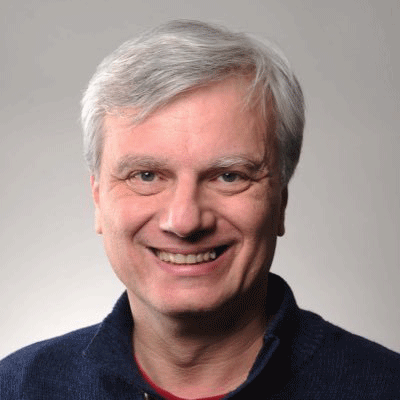 LOUISVILLE — Justice John Marshall Harlan, known as “The Great Dissenter,” wrote memorable U.S. Supreme Court minority opinions that today are in the mainstream of American jurisprudence as well as public opinion, especially on racial equity — despite being a slaveholder who opposed the Emancipation Proclamation.

Canellos, the author of the 2021 book “The Great Dissenter: The Story of John Marshall Harlan, America’s Judicial Hero,” has a law degree and is managing editor for enterprise at Politico. 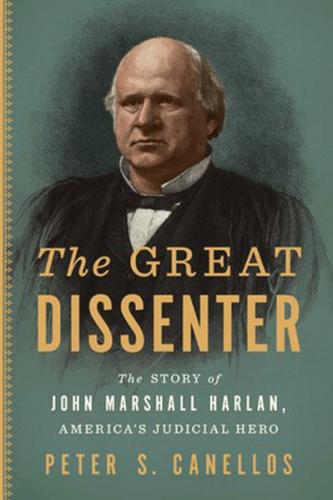 Harlan’s years on the Supreme Court — 1877-1911 — put him in position to speak on two important issues of the day, according to Canellos: the rise of segregation and the rise in inequality. It wasn’t a succession of presidents or members of Congress making both of those injustices even worse, Canellos said. It was instead Marshall’s colleagues on the Supreme Court, who struck down the Civil Rights Act of 1875, ruled that “separate but equal” facilities were constitutional in the Court’s 1896 Plessy v. Ferguson decision, ruled unconstitutional the Sherman Anti-Trust Act of 1890 and the federal income tax enacted in 1894, and, in the 1905 Lochner v. New York decision, said states couldn’t enact laws to limit the length of a workday. Harlan dissented in each case; often his was the only dissenting voice.

“How did this one person see things so differently?” Canellos asked. “How was he proven to be right over time? That’s how my book starts.”

Like his son, Harlan’s father was both a proud Presbyterian and “a true believer in the Constitution,” Canellos said. Young Harlan “believed that slavery had outlived its usefulness but needed some time to end.” But when the Supreme Court handed down one of its most unjust rulings ever, the Dred Scott decision in 1857, which said no Black person, even one who’d lived in a free state, had any constitutional rights, Harlan, then a young lawyer, “knew all compromises would fail. He came to understand the stakes in Supreme Court decisions, that the country was almost destroyed by this mistaken Supreme Court decision.”

A Union officer during the Civil War, Harlan led an 800-soldier regiment as a colonel, resigning his commission upon his father’s sudden death.

Harlan had grown up in a household that included Robert Harlan, a Black man who was enslaved but was treated like a family member and may have been John Marshall Harlan’s half-brother. Robert Harlan became rich and famous, in no small part because he brought Kentucky horseracing to Europe. “He developed a reputation for being able to size up a horse by sight,” Canellos said. “Robert was an uncle figure to John,” and a leading political figure in Cincinnati and in Ohio who was on a first-name basis with presidents.

Twelve years after the war ended, Robert was in position to help John become a Supreme Court justice. “We don’t know the impact he had,” Canellos said. “But having the leading Black politician in Ohio who grew up in the same home saying you can trust this man — it made a big difference.”

While Harlan’s dissent in Plessy is his most famous (“The Constitution is color-blind” and “The humblest is the peer of the most powerful” and “There is no caste here”) it was a “backwater case” compared to the Civil Rights Cases in 1883, several cases that had been bundled into one. “Harlan felt in his bones this would damage the country. He was under intense pressure to join the majority,” Canellos said. “A lot of northern justices had no personal experience with Black people and they fell prey to the bad dope going around at the time,” including the supposed inferiority of non-white races. Harlan wrote “a long and epic dissent” to the majority’s 8-1 decision, Canellos noted. The doctrines he sketched out were later used to validate the Civil Rights Act of 1964, among others.

Because many Black newspapers of the era are now available online, Canellos and his team learned that in the Black community, “Harlan’s dissents were discussed widely.” His death in 1911 was “deeply mourned in the white community, but much more so in Black churches.” A thousand mourners turned out at the Metro AME Church for one such service, all of them Black. His dissents were read aloud during spontaneous services at Black churches in Washington, D.C., and elsewhere. Canellos asked his audience to imagine themselves as a young person of the day thinking about studying the law.

Thurgood Marshall was 3 when Harlan died. The future Supreme Court justice was part of the team of lawyers who successfully argued Brown v. Board of Education. According to Canellos, Marshall read all of Harlan’s dissents as part of his own education. “Marshall cited Harlan in Plessy as an example that one white person can think differently,” Canellos said. “This was something to build on.”

“When you assess Harlan’s record, consider what if he had never existed. What if these cases had been unanimous?” Canellos asked. “Would people have had faith to even challenge these laws? I think Harlan’s willingness to stand up as a white person to support civil rights, voting rights and equal treatment helped set in motion changes in the law that are vital and important.”