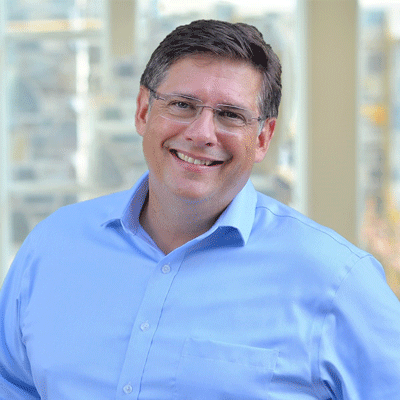 The plot of the series orbits around Ted Lasso, played by Saturday Night Live alum Jason Sudeikis. He’s an American college football coach recruited to coach an English soccer team. Although he knows nothing about what the rest of the world calls “football,” he nonetheless is an inspiring coach and student of the human condition. Humor ensues, as does meaningful relationship development and self-understanding.

As a cultural influence, owing to what Clifford called the titular character’s “relentless optimism,” Ted Lasso has been heralded as a beacon of hope during the darkest days of the coronavirus pandemic.

“Individually, I’ve been feeling a bit grumpy through the pandemic and feeling depressed about what the future of institutional religion might be post-pandemic,” Clifford said. “There was something about [Lasso’s] incredible optimism and joy for living that he exhibited that sort of roped me in at the beginning of the show.”

The show’s tagline is “kindness makes a comeback,” and Ted Lasso maintains that kindness even in the face of backlash from his crass and disrespectful players, fans who want nothing to do with an American football coach, and a boss whose cynicism and plotting are prominent storylines in the first season. As season one proceeded, it’s clear that Ted Lasso is fighting an internal battle of his own — having left an unhappy marriage to pursue the coaching job in England even though it meant leaving behind a young son he dearly misses.

“Most of the show is not on the sidelines,” said Hinson-Hasty, introducing the conversation about how the series spends far more time delving the depths of relationships related to Lasso’s coaching duties. “It’s clearly in the center of people’s lives.”

Coming to terms with ourselves and our stories, Clifford said, is the first major theme of the second season. Citing several characters’ relationships with their fathers, he highlighted that of Leslie Higgins, the communications director for the team AFC Richmond for which Lasso coaches.

“Higgins got it right in [saying], ‘I love my father for who he is and forgive him for who he isn’t,’” said Clifford. “That’s such a Christian concept.”

Clifford believes the second theme that attracts people and connects with the gospel is the sense of belonging exhibited by Lasso and other characters.

“It’s a ‘fish out of water’ show,” he said, likening it to The Beverly Hillbillies, Green Acres or Schitt’s Creek. “On some level many of us feel like fish out of water, that we don’t belong. So there’s something [attractive] about Lasso’s attempts at creating a community of belonging.”

“Truth and trust,” said Hinson-Hasty, are themes that are also at the center of the show and another gospel lesson to be found in Ted Lasso. Discernment and a call to speak the truth in love, often using humor to convey a message, are powerful vehicles for these concepts.

“I think one of the things Lasso does is to speak the truth in playfulness,” Clifford said. “From a family systems standpoint the antidote to chronic anxiety is playfulness. There’s a playfulness about Ted Lasso and truth is spoken.”

An example of this truth being spoken was the team’s stance against one of its major sponsors, the fictional Dubai Air, owned by an oil company responsible for, also fictionally, environmental destruction in Nigeria, the home country of team member Sam Obisanya (Toheeb Jimoh). In an homage to similar sporting protests — notably football players who kneel during the national anthem or who wore black armbands — Sam places black tape over the Dubai Air logo on his jersey and the rest of the team follows suit. In this instance, team management backs this decision and the potential loss of the sponsor.

“We need action that’s willing to pay a price,” Clifford said of this example and challenge. “And that’s a challenge in which I often fall too short.”

A final theme was forgiveness and the seemingly unending ways Lasso finds to forgive those who have opposed, blocked or schemed against him.

“There’s powerful moments of human forgiveness throughout the story,” Clifford said. “I hope we see another experience of that [in the season finale] — I don’t know what it’s going to look like.”

Extending his charge to listeners, infused with Ted Lasso series references, Clifford said, “As we go into a challenging world, remember Coach Lasso. Taking on a challenge is like riding a horse — if you’re comfortable doing it, you’re probably not doing it right. Along the way, in the words of Trent Crimm, if the Lasso way is wrong, it’s hard to imagine being right.”

Gregg Brekke is an award-winning freelance writer, editor, photographer and videographer. He is the former editor of Presbyterian News Service. Send comments on this article to Robyn Davis Sekula at robyn.sekula@presbyterianfoundation.org.