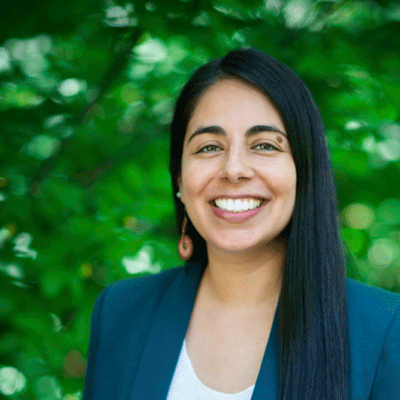 LOUISVILLE  ­—  Yenny Delgado is a psychologist and public theologian. She says she her ministry focuses on intersections of psychology, theology, gender, and a lot about ethnicity — because it is who she is as a person.

As a member of a super-majority white congregation in the Washington, D.C. metro area for the last 12 years, she often felt otherized and her full identity boiled down as only a Latina immigrant. However, she is of Native American descent from Latin America and recognizes the importance of the diversity within the Latin community in the United States, as it is not one ethnic monolithic group.

According to Delgado, for people of color who identify as Native there’s a level of invisibility in the Latino community. “Because if you are Latina, you cannot be a Native, or if you are Latino, you cannot be African American,” she said.  Delgado says the church has been complicit in the matter of misidentifying ethnicity not only now but also for the past 500 years.

She says even in the church, there is little attention given to ethnicity. That, she says, continues to promote divisiveness, racism and insensitivity to language and culture. According to Delgado, the colonization of people of color and particularly Indigenous people is at the root of this issue.

“Indigenous people and their descendants in America have been forced to erase their heritage, language, and culture as a result of the European colonization process,” said Delgado. “Indigenous people have been denied self-identification and self-determination, first by Spanish colonizers and then under English/ United States rules. Throughout the American continent, the Indigenous cultures shared a vibrant trade and development from the Andes through the Rockies. However, the encounter in 1492 with European invaders forever changed their ways of living.”

Delgado says the continent was inhabitant by more than 100 million people living in different nations and communities. “The Europeans forced Indigenous populations to change their languages, customs, and religions — through forced assimilation into what was considered ‘Western Christian Culture,’” said Delgado. “The colonizers saw an opportunity for wealth, growth, and possession in the ‘new world’ for the Native population, and the result was genocide, slavery, rape, and trans-generational oppression. In history akin to magical realism, the entire Indigenous population transformed into ‘Latin Americans’ rather than Native Americans.”

In her article “Indigenous Identities in the Latin American Community,” Delgado states, “In the United States, which practiced its distinct form of white normative supremacy of ‘Manifest Destiny,’ the government decided westward expansion was God-ordained.  The expansion west came after the war with Mexico and the Treaty of Guadalupe Hidalgo, which led to most of the West’s addition, including Arizona, California, Oklahoma, New Mexico, Utah, and Texas. However, this acquired land was not empty, but the Native population who lived under Spanish rules for over 300 years were incorporated.”

She says the United States forced another round of assimilation. “Based on census records, government officials perpetuated one of the most insidious acts of disappearance through a ‘paper genocide.’ Natives were labeled as Black, mulatos, mustee, mix people or colored to justify slavery and deny land claims,” said Delgado. “This classification created an administrative archive of false documents to support the disappearance of the Native population and appropriation of the land, and the practice continues until this day.”

When asked how the church can become a part of the healing process for the racism and insensitivity that has ignored the Indigenous identity in Latin American community for so many years, Delgado said, “As a member of Interwoven Congregations, our ministry is working with churches, both elders and members, to have a much-needed dialog about racism and discrimination in the church. We see there is a need to talk about the past in concrete ways to understand how we got here, and how better to work towards constructive healing knowing that we are one body and interwoven in our missions.”

She states that today, more than ever, young generations are looking back to their family history to learn more about their Native heritage and start a process of decolonization. For many “Latinos,” identifying as descendants of Native Americans is more accurate. Labels such as Hispanics, Latin, and Latinx hide and attack those on the path towards their real identity and decolonizing oppressive labels.

To start this process, Delgado said we must considerer the following steps toward decolonization: