Leaders say its time to put words into action 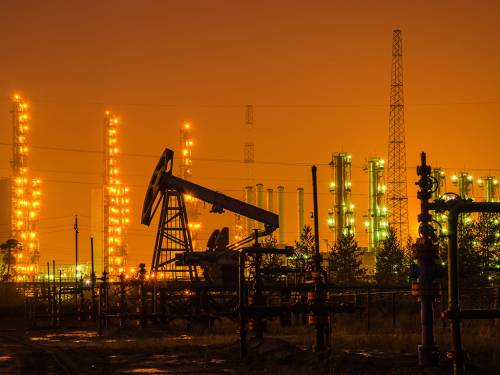 (Photo by Polina-Petrenko via iStock.com)

LOUISVILLE – The Synod of the Northeast of the Presbyterian Church (U.S.A.) has voted to take immediate steps to divest from the fossil fuel industry. Expressing concern about the impact of climate change on God’s creation, commissioners of the regional body say they are compelled to take action.

“The Presbyteries in the Synod of the Northeast have been heavily involved in the divestment debate at the last two General Assemblies,” said Sue Smith, ruling elder commissioner with the Presbytery of Monmouth and resolution co-author. “One third of the Synod’s presbyteries have been involved in this effort so there is clearly an interest for divesting from fossil fuels.”

Among the Synod’s recommendations:

Prior to the 222nd General Assembly in Portland last June, nine former moderators signed a letter urging commissioners to support an overture to divest “because of the grave and urgent threat of climate change and the fossil fuel sector’s well-documented refusal to change.” The letter went on to say it was no longer “morally or ethically right” for the PC(USA) to profit from companies that are causing human suffering and ecological destruction. However, the GA voted to continue its investment and conversations with companies.

“The regional community of the Synod of the Northeast is deeply committed to caring for our environment and concerned with the harmful effects of our ever increasing use and dependence on fossil fuels and its impact, not only upon or environment, but the health of the human community,” said Harold Delhagen, Synod leader. “We take responsibility to follow this initial action with concrete steps to promote new ways of living that will promote health and justice for all people.”

Rick Ufford-Chase, former moderator of the General Assembly, also co-authored the resolution. He asked the Synod Assembly to think of themselves as “evangelists for the future church.”

“We have the opportunity to lead the entire church to a decision we all know must come,” said Ufford-Chase. “This is an opportunity for the Synod to lead the way in developing a thoughtful and nuanced approach to the crisis of climate change.”

The resolution says fossil fuel companies operating within synod boundaries contribute to the issue of environmental racism. It refers to an oil refinery in the Port of New York and New Jersey in Linden and Elizabeth, saying it is one of the worst polluters in the nation and has contributed to cancer among its employees. Fuel trucks, leaders say, regularly transport their products through local communities of persons of color on their way to major highways.

“Standing for environmental justice is a historical part of the church’s environmental witness. The more that we can communicate with our actions that we care for the well-being of all people on a thriving planet—carefully considering the human and natural implications of how we use energy—the more faithful I think we adhere to the conviction and vision of environmental policies from Presbyterian General Assemblies. The Synod’s action stands in this commitment to environmental justice,” said Rebecca Barnes, associate for Environmental Ministries.

The resolution states that the church’s Committee on Mission Responsibility through Investment (MRTI) has done an exemplary job of engaging in shareholder action with fossil fuel companies, but adds no impact has been made in addressing climate change.

MRTI’s Rob Fohr says they are “rigorously pursuing” their focused engagement process, especially with oil and gas companies per the directive of the 222nd General Assembly.

“These engagements yield incremental progress which add up over time to amount to significant positive change,” said Fohr. “On an issue as vast as climate change, however, we believe that multiple strategies using economic methods can co-exist as a faithful response by the church.”

In its statement, the Synod of the Northeast says it must “shed the burden of investments in climate destruction, adding that divestment will speak more loudly and clearly than any prophetic declaration they have voiced to date.” The statement concludes “It’s time to put our money where our mouth is. It’s time to divest from fossil fuels.”

“We are delighted at the Synod’s decision to categorically divest from the fossil fuel industry,” said the Rev. Abby Mohaupt with Fossil Free PCUSA. “We continue to believe in a grassroots movement to respond to the urgent crisis of climate change, even as MRTI continues its faithful work of shareholder engagement with fossil fuel companies. Thanks be to God.”

Smith says the Synod’s work won’t end with the decision to divest. “We will work to create a Clean Climate Network. Our vision is to be a carbon neutral faith community that inspires other faith-based communities and become a leader and moral voice to combat climate change.”