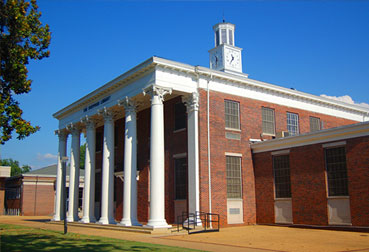 LOUISVILLE – The founding of Stillman College toward the end of the 19th century was an act of courage and faith. It was not, however, an action taken without consideration and debate.

Stillman College is a historically black liberal arts college affiliated with the Presbyterian Church (U.S.A.). During the month of February, residents of the U.S. and Canada celebrate Black History Month.

The theological tone of the late 19th century was complicated by the acknowledgement of people of faith that there was a divine call to evangelize all people, including the newly freed slaves, which was challenged by the need of whites to maintain distinction between the social and political engagement of white society with black society.

The Rev. Dr. Charles Allen Stillman was an active voice in the debates and the discussions of this era, but his contribution was not limited to words. He was also a man of action.

What Stillman began as an institute to educate African-American ministers for work in the Church has become a four-year liberal arts college with a mission to serve the underrepresented in our society and to provide them with the opportunities that result from educational experiences rooted in the conviction that every person has the potential to succeed, given the right assistance and the opportunity to do so.

Stillman was educated at Oglethorpe College (now Oglethorpe University) and then at Columbia Theological Seminary before he received his first call to serve as installed pastor. Yet it was his call to the Black Belt of Alabama that opened the pathway to his imagination and his opportunity to shape the life of the Southern Church as an agent of God’s purposeful invitation to people of color to participate in the Gospel ministry.

After the conclusion of the Civil War the national debate over the position of freed slaves in American society swung between those who promoted equality and those who sought through every agency to maintain the distinction between status of the races. Though the national debate within the Presbyterian Church often focused on the concerns of predominantly white ministers who feared that full inclusion would put their race under the authority and possible judgment of black ministers, Stillman and those who agreed with him took the more pragmatic position of providing education to prepare for the time when the Church would be ready to grant African-Americans full standing as Ministers of Word and Sacrament in the Presbyterian Church.

In 1875, just two years before the conclusion of the era of Reconstruction, Stillman and the Tuscaloosa Presbytery made an overture to the General Assembly that Tuscaloosa Institute, later Stillman College, be chartered for the education of African-American ministers. The Institute opened in 1876 using a private home for classrooms for instruction.

As the Institute grew, so did its challenges. The records of the General Assembly reveal not only that the enrollment remained small, but also that the support from the Church nationally was meager. This remained the case despite the dedicated work of white ministers to keep the Institute open in order to provide opportunity for those who did not have broad options in the late 19th century. The work was supervised by various offices of the General Assembly focused on evangelism more than education.

The potential of African-Americans to serve the call of the Gospel in dynamic ways was demonstrated early by the work of Rev. William Sheppard, an alumnus of Tuscaloosa Institute who in 1890 was appointed as a missionary to the Congo by the Presbyterian Foreign Mission Board. As evidence that his status as an African-American was yet viewed as a limitation, the Mission Board would only send Sheppard with a white man to accompany him. Thus, the Revs. William Sheppard and Samuel Lapsley made their way to the Congo to serve as Presbyterian missionaries to an unreached people.

Unfortunately, Lapsley succumbed to disease within two years of his arrival. Sheppard, however, formed a lasting relationship with the people of the Congo and was instrumental in calling the European powers to address the human rights abuses that were promoted in the region by the Belgian government and the Kasai Rubber Company. His work for fair treatment and justice among the colonized people of the Congo gained Sheppard recognition and is a testimony to the impact graduates of the small Theological Institute in Tuscaloosa could have on the lives of African-Americans and on the world.

In 1895, when Stillman died, the Institute that now bore his name still struggled for resources and for support from the Church that had authorized its founding. In the early 1890s, with Sheppard working for justice for the indigenous people of the Congo in Africa, Stillman Institute was entering its third decade when Rev. A. L. Phillips, pastor of South Highland Presbyterian Church in Birmingham, Ala., succeeded Stillman as Superintendent of the Institute.

In his annual report to the General Assembly in 1896, Phillips reported that the Institute’s leaders “… have tried to work in the face of indifferences and hostility when we had every right to expect sympathy and help.” It is clear that the Presbyterian Church professed that it felt that the work of educating ministers to serve the black church was important since they appointed ministers to oversee the work through agencies of the Church, but there was often little financial support for that work.

In spite of these challenges, Stillman College has maintained its historic mission to serve the underserved and to provide opportunity for students who would not find that opportunity elsewhere. Today, the majority of the student body are the first in their families to seek a college. 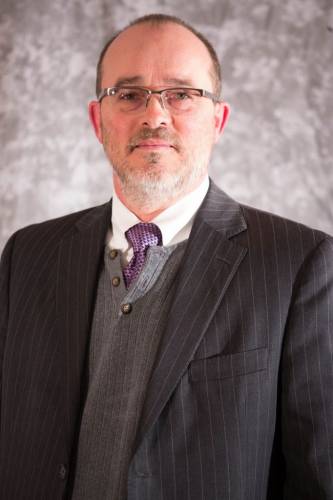 Today, the College maintains its historic covenant with the Presbyterian Church and understands that its role as a Historically Black College or University (HBCU) in the United States as vital to the success of African-Americans in our society. Stillman and its ministry were overseen in the 19th and early 20th centuries as a home mission, and is today the final HBCU that still receives funding through the Christmas Joy Offering of the Presbyterian Mission Agency. In that way, Stillman College is today one of the remaining environments in which African-American leaders are formed for service in the Church, and its relationship with the Presbyterian Church marks its work as ministry.

This story has been edited for brevity. The author,  the Rev. Dr. C. Mark McCormick, is Provost and Vice President for Academic Affairs at Stillman College.