The light still shines in the darkness 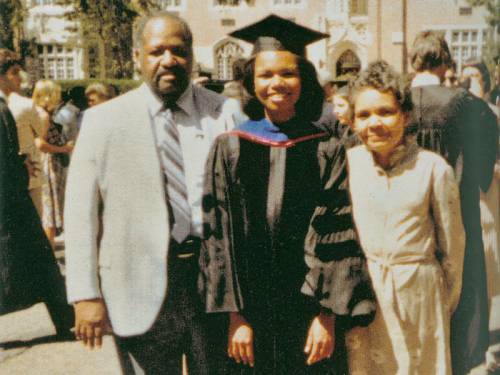 John Wesley Rice Jr., son of the Rev. John Wesley Rice Sr. became dean of students at Stillman College and is pictured with his daughter Condoleezza Rice, who served as the 66th U.S. Secretary of State, and his wife Angelena Rice. Rice Personal Collection

TUSCALOOSA, Ala. — In 2017, when representatives from the United Nations toured the Black Belt of Alabama, one commented that the poverty there was unlike any he had seen in the First World. This area across the southern half of Alabama, once famous for its antebellum cotton production, is now well known for its difficult living conditions. These conditions disproportionately affect the African-American descendants of enslaved labor. Yet, many of these black residents also inherited an indomitable work ethic and have made incredible strides for themselves and their children.

Some traveled a short distance north to a place that promised a path to a brighter future. This is an educational institution in Tuscaloosa, Alabama, named for its founder, the Rev. Dr. Charles Stillman, then pastor of First Presbyterian Church (Tuscaloosa), and chartered by the Presbyterian Church. Since its beginnings during Reconstruction in 1876, Stillman College has welcomed and educated ambitious students from the Black Belt, the rest of the state and from across the nation.

One famously ambitious student from the Black Belt was Rev. John Wesley Rice Sr. He paid for his first year at Stillman College with cotton. He then received a scholarship for the Presbyterian ministry. His son, the Rev. John Wesley Rice Jr., was educated at another Presbyterian college, Johnson C. Smith. He became a Presbyterian minister and returned to his father’s alma mater to serve as dean of students at Stillman College (https://stillman.edu/). The granddaughter and daughter of these men, Condoleezza Rice, would become the 66th Secretary of State of the United States. 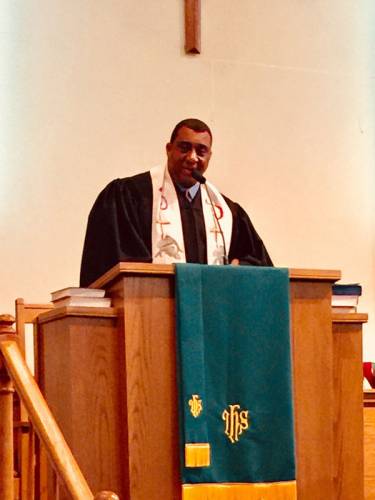 Another ambitious student, the Rev. Gregory J. Bentley, also traveled from the Black Belt to Stillman College, several decades after Rice. Although he was raised in the Primitive Baptist tradition, his grandmother received her high school diploma at a Presbyterian school in Anne Manie, Alabama. His father received his college degree at another Presbyterian institution, Knoxville College, and his mother was a graduate of Stillman College. Still, when he arrived on campus, he did not know that this lineage foretold a Presbyterian identity for himself.

But in due time, it became clear, as he heard sermons in the Stillman College Chapel, held at the sanctuary adjacent to the college, Brown Memorial Presbyterian Church. He was mentored by the minister there and by professors on campus as he took several required courses on the Bible and Christian theology. These influences led him to pursue ordination as a Presbyterian minister, which also meant matriculation at Johnson C. Smith Seminary at the Interdenominational Theological Center in Atlanta.

Rice is a famous historic example and Bentley is an important modern one of how future leaders are formed by the education provided by Presbyterian support of Stillman College. Of course, other examples could be cited, such as more recent graduates attending Princeton Theological Seminary and Louisville Theological Seminary. The College is also initiating a certificate program in theology for clergy who cannot obtain a traditional college or seminary degree. In addition, every student, regardless of major or program, is shaped by required courses on the Bible, the experiences of Christian worship, and an ethos that values them as invaluable bearers of God’s image. All of this is made possible by tangible and intangible support from the Presbyterian Church (U.S.A.). This support empowers the light to shine in the darkness.

The Rev. Dr. Joseph F. Scrivner is Vice President for Student Affairs and Dean of Chapel at Stillman College and pastor of Brown Memorial Presbyterian Church, Tuscaloosa, Ala.

Stillman College is one of the Historically Presbyterian Institutions Equipping Communities of Color. These institutions have a covenant relationship with the General Assembly through the Presbyterian Mission Agency’s Racial Equity & Women’s Intercultural Ministries (RE&WIM) and the relationship is guided by the Articles of Agreement (8.3 and 8.4) adopted at the time of reunion in 1983. Many of the college students are the first in their family to attend college and come from low- to moderate-income families.

This offering is traditionally received during the Advent Season. However, you can help sustain the important PC(USA) ministries and programs that are supported by the Christmas Joy Offering by making an online gift at any time throughout the year. Checks can be mailed to Presbyterian Church (U.S.A.), P.O. Box 643700, Pittsburgh, PA 15264-3700. (Please indicate that your gift is designated to fund CJ999999.)