After an unusual mortgage is ‘paid off,’ an Ohio camp board chair says he’s learned that ‘you can always find a way forward’ 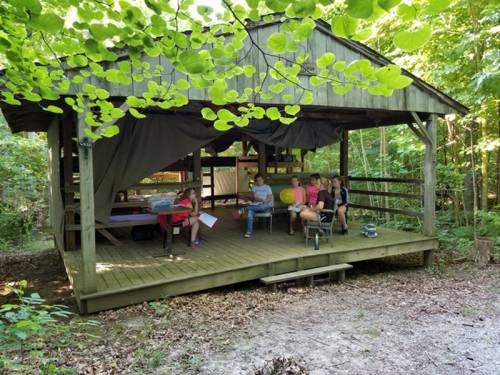 Thanks to creative financing and incredible generosity, Kirkmont Center in Zanesfield, Ohio, saw its “stakeholders’ mortgage” paid in full this year in the midst of the pandemic. (Photo courtesy of Buzz Reed)

LOUISVILLE — Fittingly for 2020, here’s a complicated but feel-good Advent story about a Presbyterian camp and conference center in Ohio.

For years, Kirkmont Center in Zanesfield, which was owned by the Presbytery of the Miami Valley, lived with the uncertainty over whether it could keep its doors open.

In 2008, the presbytery put together a task force to address what to do about Kirkmont’s future. A year later, the task force recommended that the camp’s day-to-day operations be turned over to a new nonprofit, Kirkmont Center Inc. (KCI). The presbytery took this action but still owned the facility.

As KCI began running the camp, it found more and more issues with the property, including the mold discovered in an old storage freezer in the kitchen of the main lodge.

Tests showed some of the molds were toxic. Making matters worse, the nursing station in the basement directly under the freezer had a big black mold colony lodged in the ceiling.

By the spring of 2012, it was apparent that the presbytery agreement with KCI was no longer sustainable. KCI had no cash to pay the presbytery back for repairs and was operating at a loss.

Wanting Kirkmont to succeed, the presbytery sold the camp property to KCI, free and clear, for $1. The presbytery benefited by being relieved of the unpredictable costs and potential liabilities of owning the property. KCI could borrow on the property and develop additional sources of revenue.

“We had a sweet deal,” said Buzz Reed, Kirkmont board chair.

But the deal came with the realization that KCI was now accountable for the success or failure of Kirkmont Center. KCI looked into a mortgage loan, only to discover that it would be classified as a commercial operation. This meant KCI would pay a much higher interest rate, which Reed said would have been in “the high teens.” With a growing list of payables, KCI could not produce evidence that it would generate enough cash to make payments on a commercial loan. Then an individual came forward with a short-term $100,000 bridge loan at six percent interest. 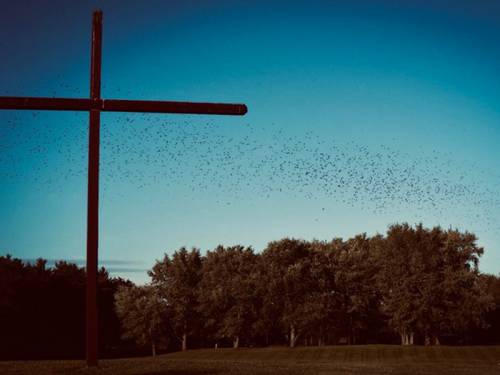 Kirkmont literally means “church on a mountain.” Founded by the Presbyterian Church (U.S.A.) in 1963, it encompasses 278 acres and is nestled in gently rolling hills and pine groves northwest of Columbus, Ohio. (Photo courtesy of Buzz Reed)

Needing more funding and running out of options, Reed and the Rev. Diane Ziegler, the camp’s executive director, began to investigate alternative financing. Eventually they decided to form a limited liability company (LLC) where stakeholders could invest in a mortgage for the camp.  Think of the National Football League’s Green Bay Packers being publicly owned by individual shareholders — the fans of the football team.

(When Presbyterian News Service mentioned the Packers’ fan analogy to Reed, he said he wished he would’ve thought of that six years ago, because it would have been so much easier to explain.)

Kirkmont went about setting up an LLC, Kirkmont Center Mortgage Group (KCMG). Stakeholders could invest in up to four units of $10,000 for minority interest in Kirkmont’s $370,000 mortgage. In exchange, Kirkmont Center would cover all administrative costs to run the camp and pay each stakeholder 5.6 percent annual interest for six years. With each stakeholder having minority interest and Kirkmont’s property value of $1 million being so much higher than the mortgage, Reed said the pitch became, “If Kirkmont succeeds or fails, your principal and interest are safe.”

Twenty-seven investors holding 37 units responded to that pitch and became stakeholders.  They included churches and individuals from the Presbytery of the Miami Valley and also from the three presbyteries that had seen their camps sold or closed over the years — Cincinnati, Maumee Valley and Scioto Valley.

And now to the really feel-good part of this story, which Reed said he didn’t see coming: As the camp began making improvements, more people started believing in what they were doing — including the stakeholders. Over time, investors began to contribute their stakeholder share back to Kirkmont as a tax deduction.

When the mortgage was due, all stakeholders had either gifted their share to Kirkmont Center or their principal had been paid with the help of $40,000 in COVID-19 disaster relief assistance.

“What I’ve learned is that you can always find a way forward,” Reed said. 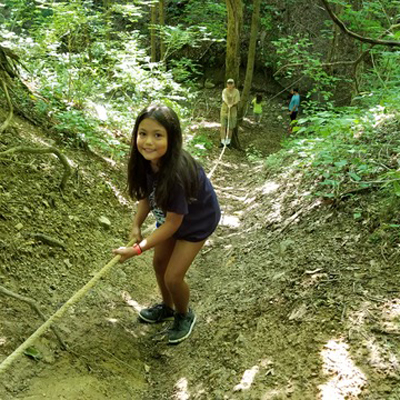 Kirkmont remained open this summer, following Centers for Disease Control and Prevention and American Camp Association guidelines. Day camp sessions were offered to support working parents, as well as a residential summer camp for a limited number of campers. Reed said no campers, volunteers, staff — nor anyone in their families — exhibited symptoms or tested positive for COVID-19.

While Kirkmont lost money this summer, it was well worth it, Reed said, because of the amazing stories of how the camp made a difference in campers’ lives.

At the end of a weekly summer camp, a parent came up to Kirkmont’s program director and pointedly asked, “What did you do this week?”

Sensing a complaint was coming, the camp staffer stepped back. “I think we had a good time,” she said. “Why do you ask?”

“For three weeks my child hasn’t said a word. Wouldn’t even say goodbye when dropped off for the week,” the parent said.  “But as I drove into the parking lot this morning, my child came running to me and embraced me, and then said, ‘I love you.’” 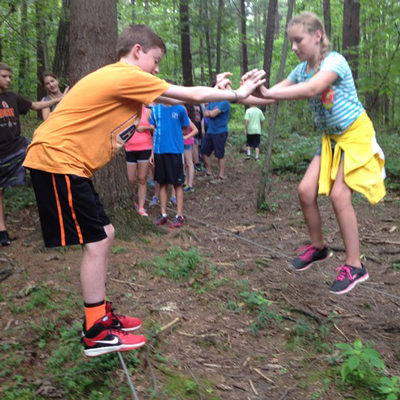 Reed said, “Summer camp changes lives. We knew we had to find a way to make sure those experiences continue to be available — and we did.”