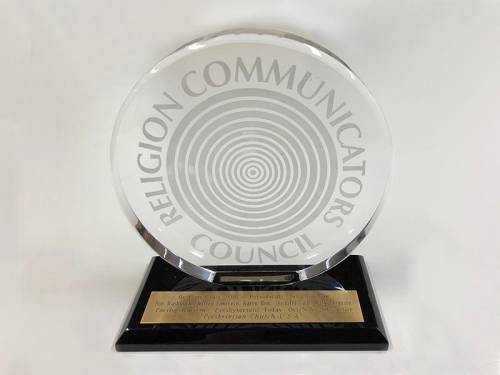 The RCC is a professional association for those working in communications for faith-based organizations. RCC members include editors, writers, designers, photographers and videographers.

The annual DeRose-Hinkhouse Memorial Awards, named in honor of the late Victor DeRose and the late Paul M. Hinkhouse, who were leading lithographers in New York City and strong supporters of the RCC, are presented to RCC members who demonstrate excellence in religious communications and public relations.

This year’s winners ― recognized for their work during 2017 ― were chosen from more than 250 entries. Along with the “Best in Class” awards, RCC handed out “Awards of Excellence” and “Awards of Merit.”

“I am so proud to work with such a group of accomplished communicators,” said Kathy Francis, senior director of communications for the Presbyterian Mission Agency. “This recognition from the RCC speaks to the caliber of our communications team and the materials they produce.”

Other PC(USA) award winners include: