The Racial Equity Advocacy Committee notes that it, too, frequently engages in difficult conversations 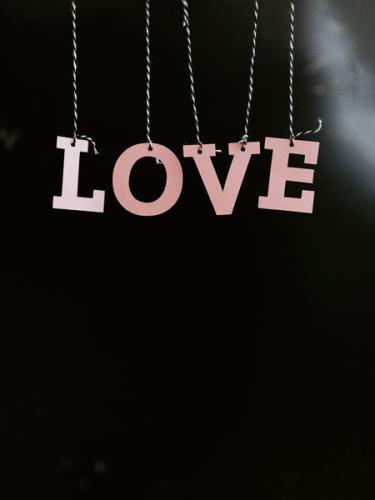 Photo by Kelly Sikkema via Unsplash

LOUISVILLE — The Racial Equity Advocacy Committee submits this letter as a loving and justice-oriented response to our colleagues in ministry who call upon REAC to respond to A Message from the Stated Clerk dated Jan. 22 by the Rev. Dr. J. Herbert Nelson, II, Stated Clerk of the General Assembly of the Presbyterian Church (U.S.A.), following the Stated Clerk’s letter on the occasion of the Martin Luther King Day holiday. REAC has had several conversations among ourselves as a committee and with trusted colleagues in order to offer a thoughtful response rather than to participate in some of the quick clap-back culture of today’s social media practices.

It is understood that certain words may trigger deep responses beyond the potential intent of their use. How people hear, view, and interpret words are immersed within multiple cultural lenses or perspectives. These words include “slavery,” “MLK Day,” “Palestinian rights,” “anti-Semitism,” “apartheid,” “racist,” “progressive,” and “conservative.” Each of these words or terms is situated in particular histories, including racial, imperial, colonial, religious, nationalist and social. We must recognize they hold multiple truths depending on who is narrating and from within which social location they narrate. We must recognize and not trample over nor negate as the Rev. Dr. James Cone cautioned — the authoritative right of the oppressed to speak their own truth to power.

REAC, importantly, also wants to both acknowledge that the Rev. Dr. J. Herbert Nelson, II, is the PC (U.S.A)’s first African American Stated Clerk and interrogate the ways in which race plays a factor (or may be experienced as playing a factor) in the kind of responses directed at his statement compared to similar statements made by Stated Clerks who preceded him.

Finally, in the 2022 season of Lent, REAC poses the important question as we seek greater alignment with our triune God: How do we continue the conversation and develop a language to speak within and without oppressed and privileged groups? The Rev. Dr. Martin Luther King, Jr. said, “Injustice anywhere is a threat to justice everywhere.” Our most recent confessions of the PC (USA) have been helpful in answering this question, namely A Brief Statement of Faith and the Confession of Belhar as we seek to speak the truth in love:

from A Brief Statement of Faith:

“In a broken and fearful world, the Spirit gives us courage to pray without ceasing, to witness among all peoples to Christ as Lord and Savior, to unmask idolatries in Church and culture, to hear the voices of people long silenced, and to work with others for justice, freedom, and peace.”

from The Confession of Belhar:

that God has revealed [God’s] Self as the One who wishes to bring about justice and true peace among people; that God, in a world full of injustice and enmity, is in a special way the God of the destitute, the poor and the wronged; that God calls the Church to follow God in this; for God brings justice to the oppressed and gives bread to the hungry.

… that the Church as the possession of God must stand where the Lord stands, namely against injustice and with the wronged; that in following Christ the Church must witness against all the powerful and privileged who selfishly seek their own interests and thus control and harm others.

Therefore, we reject any ideology which would legitimate forms of injustice and any doctrine which is unwilling to resist such an ideology in the name of the gospel.

We believe that in obedience to Jesus Christ, its only head, the church is called to confess and to do all these things, even though the authorities and human laws might forbid them and punishment and suffering be the consequence.”

Submitted in loving response to the gospel call to justice,