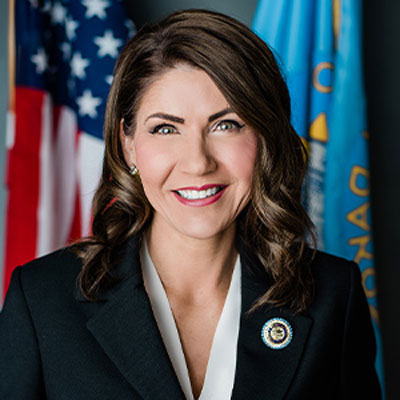 LOUISVILLE — The Cheyenne River Sioux Tribe and the Oglala Sioux Tribe have both set up checkpoints on roads going through their reservations. The governor of South Dakota, Kristi Noem, has ordered the tribe to take down the checkpoints, saying they have no jurisdiction over South Dakota and federal highways.

Governor Noem has not ordered a mandatory stay at home order for South Dakota, despite the fact that South Dakota has been considered a “hotspot” for the COVID-19 pandemic.

For this reason, tribal leaders have taken matters into their own hands for the safety of the vulnerable Native people and ordered lockdowns and check points on outsiders coming on the reservations.

The 191st General Assembly (1979) of the Presbyterian Church (U.S.A.)’s Churchwide Policy Statement regarding Native American Ministry includes a declaration and commitment to supporting and strengthening ministries among Native people, including such basics as Mutuality in Mission, Leadership, Pastoral Support, PC(USA) Agency relations as well as Ecumenical Relationships and Secular Relationships:  “The PC(USA) will affirm, assist, and be an advocate for the efforts of Native American people as they negotiate with voluntary agencies, as well as governmental and intergovernmental agencies, for the betterment of Native American life, both on and off the reservation” (Minutes, UPC(USA), 1979, Part1, pp. 401-404).

The 223rd General Assembly (2018) called on the PC(USA) to continue the work of repudiating the Doctrine of Discovery (https://www.pc-biz.org/#/search/3000375) with impactful action. From the report approved by that Assembly:

The UN Permanent Forum in its 2014 “Study on the impacts of the Doctrine of Discovery on Indigenous peoples, including mechanisms, processes and instruments of redress,” emphasized that “[f]or both Indigenous peoples and States, there are compelling reasons to go beyond repudiation. It is essential to replace the colonial Doctrine of Discovery with contemporary international human rights standards and engage in just and collaborative processes of redress.” Importantly, the Permanent Forum calls for a “clear shift of paradigm … from colonial doctrines to a principled human rights framework, consistent with the United Nations Declaration on the Rights of Indigenous Peoples.” This should be the foundation for future PC(USA) engagement with Indigenous peoples in the U.S. and elsewhere. Repudiating the Doctrine of Discovery may, so far, be merely a recognition of bad things that happened in the past, while remaining blind [sic] to current thought-and-actions, and their consequences.

The actions of the Governor of South Dakota continue to deny Indigenous people’s basic human rights, REAC says, in the manner of the Doctrine of Discovery by stealing the agency of Indigenous people to protect something as critical and basic as their own health and well-being on their own land. As Presbyterians, we have committed to working against such acts.

The Racial Equity Advocacy Committee (REAC) affirms the sovereign right of the Oglala and Cheyenne River Sioux Nations to take all necessary steps to protect their nation and their territories from all threats including the current deadly pandemic known as COVID-19 which has, to date, killed more than 297,000 people worldwide.

In solidarity with the Oglala and Cheyenne River Sioux Nations, REAC calls on all Presbyterians to advocate for the basic human rights of our Indigenous siblings by writing to or calling Governor Kristi Noem of South Dakota.