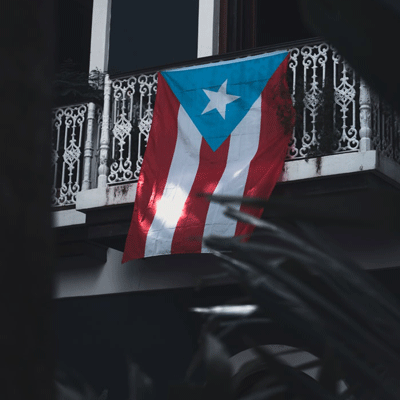 Photo by Luis Santiago via Unsplash

LOUISVILLE — For decades we have experienced violence against women and throughout these years we continue to see the increase in violence in our Puerto Rican society. The events of Hurricane Maria, earthquakes and the COVID-19 pandemic have exacerbated the situation.

For years, activist groups have been raising their voices against this evil. For more than a year, a declaration was requested by the government which would declare an emergency due to this evil. It was not until January 2021 that Pedro Pierluisi, the governor of Puerto Rico, declared such an emergency.

During this year, the most notorious cases included that of Keishla M. Rodriguez Ortiz, 27, who was brutally murdered by her partner for being pregnant and not wanting to end her pregnancy. The second case was that of Andrea Ruiz Costa, 35, who asked the Department of Justice twice for protective assistance and restraining orders for harassment against her partner and was denied by the judge on duty. She was murdered and abandoned, with half of her body burned.

The fact that a state of emergency was declared in Puerto Rico for this evil of violence and femicides has not stopped the wave of violence that continues to be generated. In recent weeks we have seen an increase in infanticide which relates to this evil of gender violence and unequal treatment against women.

On Aug. 9, 8-year-old Jayden E. Santiago Figueroa was killed. The little boy was removed from his mother’s home due to allegations of sexual abuse by a maternal uncle about two months ago and handed over to his father. This case was not investigated by any of the agencies and custody of the child was transferred to the father.

In the last few weeks, we saw in the news a mother begging through newscasts for the return of her children ages 4 and 1. The children were taken away from her simply because she was unable to attend a court date where child support would be worked out.

These situations of violence and abuse cannot be silenced or left unattended. For this reason, different groups of the church have risen to carry out activities, orientations, Bible studies and everything available to change this situation and improve the quality of life in Puerto Rican society, as well as achieve a future eradication of this evil that threatens us.

The Presbyterian Church (U.S.A.) in Puerto Rico is joining forces to work on this. The Presbytery of San Juan has issued an open letter calling on the Church to “unite our voices against gender-based violence in Puerto Rico both in public demonstrations and from our pulpits.”

The Presbytery of Northwest Puerto Rico has begun working with a group of leaders, organized by the Christian Education Committee of its presbytery and its moderator, the Rev. Madeline Álvarez. This group includes pastors and elders who are making efforts to bring resources, guidance and help to churches. The group serves as support, accompaniment and help for the victims, spreading the word about the problem to provoke a change in thinking and attitudes. 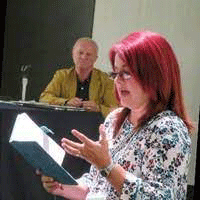 Álvarez, together with José Valentín, the Rev. Evelyn Torres, Sonia Milán, Migdalia González Guerra, the Rev. David Cortés and the Rev. Iris-Dalila Santoni Ortiz have scheduled a conference beginning at 8 a.m. on Saturday, Oct. 9.  The purpose of the conference is to reach pastors, leaders and affected groups to talk about gender violence and the biblical and institutional aspects and the psychological aspect of the victims. The resources that will assist us in this event include:

The committee urges the entire PC(USA) to join in these efforts. Gender violence not an exclusive situation in Puerto Rico and there is enough news and evidence to demonstrate that this is an evil that abounds in every society.

Gender violence can be seen in churches in the United States and in places such as Afghanistan, where violence against women is now intensifying within that culture. It’s also happening in other places that do not recognize the equality and importance of women, who are created in the image and likeness of God and have rights and dreams as well as great virtues and talents, which bring life and well-being to society.

ACWC asks for your solidarity as siblings in this fight. We ask for help from voices to join us. We want to be a church of action that professes and practices justice in equality for all people, women and men, boys and girls, old men and old women. We are all God’s people and we deserve to be treated with dignity, respect and justice. We all deserve safe environments of peace and love, as our Lord Jesus Christ wants.

As we read in James 3:17: “But the wisdom from above is first pure, then peaceable, gentle, willing to yield, full of mercy and good fruits, without a trace of partiality or hypocrisy.”

To God be the glory forever.