Award to be presented at 224th General Assembly in Baltimore 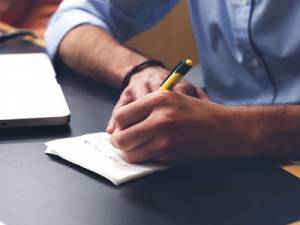 LOUISVILLE — The Presbyterian Writers Guild (PWG) is accepting nominations now for its 2020 Best First Book Award, honoring the best first book by a Presbyterian author published during the calendar years of 2018–2019.

The award is given biennially and will be presented June 25, 2020, during the 224th General Assembly of the Presbyterian Church (U.S.A.) in Baltimore.

Books may be of any type: fiction, nonfiction, theological, how-to, photos with commentary, poetry, etc.

Entries may be submitted by the authors or by others on their behalf. Three copies of the book and a brief statement attesting to the author’s current active membership in a Presbyterian Church (U.S.A.) congregation or presbytery should be sent to the First Book Award Committee, c/o Jerry Van Marter, 2220 Woodbourne Ave., Louisville, KY 40205.

The book needs to be the author’s first book and has to have a publication date in 2018 or 2019. Include an email address if the sender wishes to be notified that the books were received. The three copies of the book cannot be returned.

Questions about the award or entry process may be directed to Jerry Van Marter by email at jerryvanmarter@gmail.com or by phone at 502-565-6757.