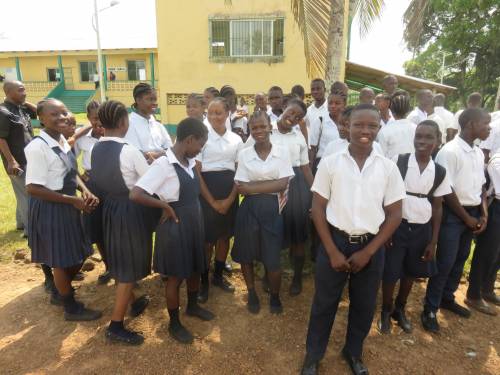 The delegation heard about plans to reach out to the indigenous ethnic groups of Liberia, who comprise about 95 percent of the population, and to establish a Liberian Presbyterian University, with programs geared to educating teachers and health workers. The church dreams of being at the forefront of efforts to provide leadership and service for the country of Liberia. 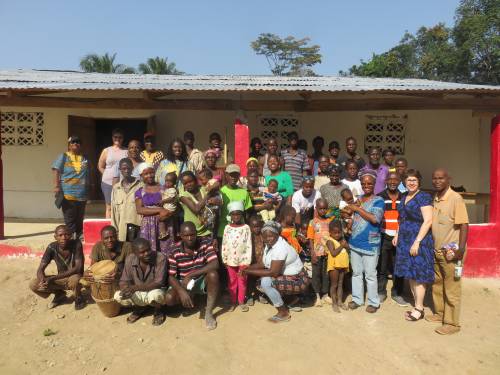 Earlier this month, the congregation of Gbansue Nyankai hosted a number of guests from the PC(USA). (Photo by Joshua Heikkila)

World Mission director the Rev. José Luis Casal, who was also part of the delegation, said a new partnership would allow for the exchange of people and resources so that both the Presbyterian Church of Liberia and the Presbyterian Church (USA) are strengthened by the God-given gifts of the other. He said he believes that in addition to what the PC(USA) can do for Liberia, there is a great opportunity for PC(USA) congregations to learn from the vibrant and resilient faith of Liberian Presbyterians.

The history of the Church’s relationship with Liberia reaches back to 1831, when the General Assembly of the Presbyterian Church, meeting in Philadelphia, passed a resolution asking congregations to take up a collection on the Sunday closest to the Fourth of July. This collection was to support “the free blacks of this country [settling] on Western coast of Africa.” Two years later, the Presbytery of Pittsburgh responded by sending a young graduate of Princeton Seminary to the territory’s new capital, Monrovia. It became the very first international mission effort of the Presbyterian Church in the United States.

That Princeton graduate, the Rev. John Brooke Pinney, had a short but distinguished career in Liberia, founding the First Presbyterian Church of Monrovia, serving as governor of the American Colonization Society and helping to establish the University of Liberia. In later years, African American Presbyterians came to play an important role in Liberia, comprising 59 of the 75 missionaries in the country by the mid-1800s.

In 1848, one year after the Liberia declared its independence, the General Assembly created the Presbytery of West Africa, which encompassed the newly independent state, and attached it to the Synod of Philadelphia. By 1894, the presbytery was self-governing, and in 1931 it became the independent Presbyterian Church of Liberia.

Over the past 30 years, life for Liberians has been especially difficult.  A brutal civil war, lasting from 1989 until 2003, took the lives of as much as 10 percent of the country’s population, and the 2014 Ebola outbreak killed almost 5,000 people. At the time Ebola hit, only 51 doctors were serving the entire Liberian population of 4.5 million people. The state of Kentucky, which has a population of almost 4.5 million, has about 10,000 doctors. 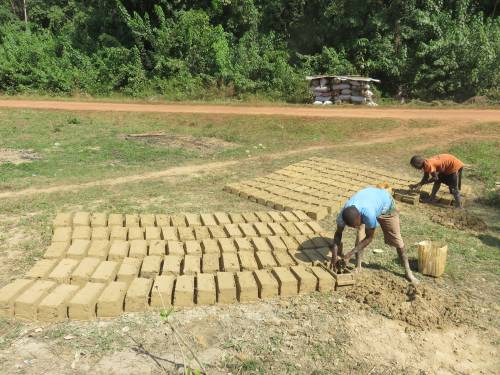 Members of the Gbansue Nyankai congregation molding concrete blocks for the construction of a community health center. (Photo by Joshua Heikkila)

Even before the civil war, the Presbyterian Church of Liberia was a small denomination of about 25 congregations in and around the capital of Monrovia. Its membership rolls drew mostly from the descendants of the free African Americans who settled in the country.  Many of these congregations collapsed during the war, and the denomination has been able to reopen only 15 of those churches in the years since.

While the challenges facing the country are great, the members of the Presbyterian Church of Liberia are filled with anticipation about how the Spirit is leading them to rebuild their church and their country.