Three organizations will receive more than $9,000 each as the justice group closes 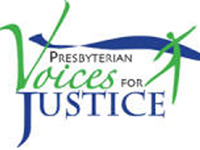 LOUISVILLE — As the writer says in Ecclesiastes, “to everything there is a season, and a time to every purpose under heaven.”

“A consideration of stewardship of resources has led to the decision for Presbyterian Voices for Justice to celebrate its history by donating its financial resources to three social justice causes,” said the Rev. Bear Ride, a board member. “We are delighted to be giving a donation of $9,431.35 to each of these: Presbyterian Peace Fellowship, the Office of Public Witness of the Presbyterian Church (U.S.A.), and to the Rev. Dr. Katie Geneva Cannon Scholarship Fund.”

Presbyterian Voices for Justice was formed in 2008 as a result of the merger of the Witherspoon Society and Voices of Sophia. Its mission: “We are a spirited and compassionate community of women and men in the Presbyterian Church (U.S.A.) who are called to proclaim the gospel vision of God’s extravagant love and justice in church and society. We seek the wisdom of the Spirit for following Christ’s example and for living into hope of sustained gender equality, racial reconciliation, full human rights for LGBT persons, economic justice, environmental wholeness, an end to war and all forms of violence, and a justice-loving shalom over all the Earth. We commit to risking the transformation of our own selves and our organization to live into this vision, even as we invite both church and society to meet this challenge.”

In keeping with the history of Voices of Sophia, Presbyterian Voices for Justice sponsored a breakfast program at General Assemblies featuring women theologians and biblical scholars — and in keeping with the Witherspoon Society’s history, the organization provided extensive analysis of issues coming before each General Assembly and sponsored the annual Witherspoon Dance, a highlight at GA for many. Presbyterian Voices for Justice also operates a Facebook page with nearly 6,000 followers.

The name of The Witherspoon Society was chosen because of its symbolism. The Rev. John Witherspoon was the moderator of the first Presbyterian General Assembly in 1789. Before that he had been the only clergyperson to sign the Declaration of Independence, and he wore his clerical “tabs” throughout the deliberations of the Continental Congress; in both ways he was clearly advocating church involvement in the society of his day.

Voices of Sophia was the manifestation of a dream of creating a community that would be a forthright voice for women in the church.  The inspiration of the Re-Imagining Conference and subsequent assault on those who claimed the identification of “Christian feminist” were catalysts for its formation. Voices of Sophia was organized in May 1995.

Voices of Sophia called the church to respond to liberationist theologies, reclaiming the fullness of God’s image, embracing the diversity of the world, and welcoming the voices of women as we entered the 21st century. Voices of Sophia stood boldly in the tradition of the Reformation, calling the denomination to its own motto of being “reformed and always reforming.”

Members of Voices of Sophia expressed their faith and celebrated the voices of women who were articulating their faith in fresh and challenging ways — feminist theologians, womanist theologians who speak out of their African-American experience, mujerista theologians who give voice to their Latina experience, and Asian feminists who spoke about their experiences of faith. Members and supporters believed that women have much to share about being Christian in different racial and cultural contexts.

Presbyterian Voices for Justice said it’s grateful for the vision and mission of these three faith and social justice causes designated to receive these donations from the remainder of its financial resources of nearly $30,000. “It was the stewardship of our financial resources and the urgent need of social justice work during this time of global pandemic, racial injustice and financial distress that called us to provide support to the Presbyterian Peace Fellowship, the Office for Public Witness, and the Katie Cannon Scholarship Fund,” the board said in a statement.

“We are grateful for all of the members and supporters of Presbyterian Voices of Justice and its predecessor organizations, the Witherspoon Society and Voices of Sophia,” said Manley Olson, a board member. “Our history goes back 47 years, to the founding of the Witherspoon Society in 1973.  As this chapter closes, we know the intersectional work of faith and social justice continues within and through the Presbyterian Peace Fellowship, our Office of Public Witness in Washington, D.C., and the Katie Cannon Scholarship Fund.”