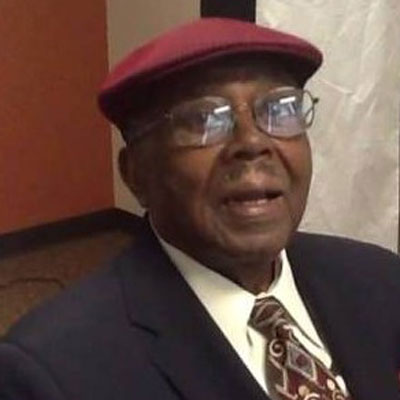 LOUISVILLE — The Rev. Dr. George Walker Smith, described as “a giant” who “could be the most humble person you’ll ever meet” by a longtime parishioner and personal secretary, died Feb. 15 in San Diego. He was 91.

According to a news obituary published in the San Diego Union-Tribune, Smith was being remembered as “a titan in San Diego civic life” who “leaves behind a legacy that started in the pulpit and extended into public education and politics.”

“He was a very caring, kind, gracious man,” his daughter, Carolyn Smith, told the newspaper, “who stood up for those who couldn’t do it for themselves, regardless of how that impacted him.”

“He had a clear-eyed and uncompromising view of the evils of racism,” the newspaper reported, “and an equally abiding belief that if people simply committed to speaking with each other civilly and got to know one another, they would realize they were far more similar than different.”

By winning a race for the school board in 1963, Smith became the first African American elected to office in San Diego. In 1970 he started the Catfish Club, a weekly lunch meeting on civic affairs. The Union-Tribune called the luncheons “a mandatory stop for aspiring politicians, elected officials and the quiet power brokers in the city.”

Smith was born April 28, 1928 in Hayneville, Alabama. He was a student who stood out amid impoverished, segregated schools. The white owner of the land on which Smith’s parents farmed sent the young scholar to a church-run school in a nearby county. From there he attended Knoxville College in Tennessee and Pittsburgh Theological Seminary.

Following his graduation from seminary, he and his wife Elizabeth Irene moved to San Diego in 1956 to start a Presbyterian church in the Golden Hill neighborhood south of Balboa Park. A few years later the congregation moved to Christ United Presbyterian Church in the South Park neighborhood, a church he led for decades. He retired from the ministry in 2000.

He served on San Diego’s Board of Education for 16 years and was president four times. He worked to diversify the district’s faculty and in 1976 was elected president of the National School Boards Association. During the mid-1980s he was the first president of the then-Citizens Advisory Review Board, which monitored police practices in San Diego.

In addition to his daughter he is survived by his son Anthony, four grandchildren and a great-grandson. He was preceded in death by his wife; another daughter, Joyce Smith Yeldell; and a grandson, Dmaj Smith.