Ohio church among those participating in January 21st event 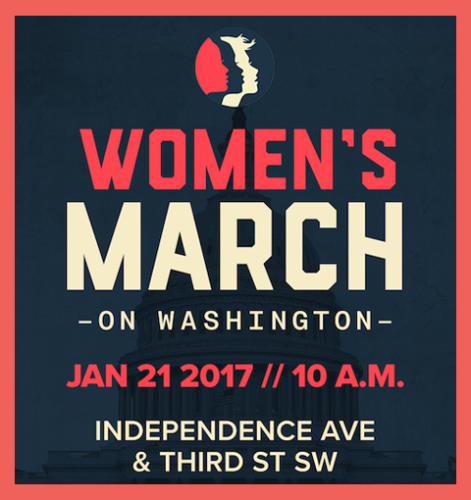 LOUISVILLE – Hundreds of thousands of people will be making their way to the nation’s capital in the coming days, not to take part in the presidential inauguration, but to send a clear message to the new administration that “women’s rights are human rights.”

The Women’s March on Washington is scheduled to take place Saturday, January 21st, one day after the inauguration of President-elect Donald Trump. Organizers say the event is not intended to target the new president, but about being proactive on women’s rights as well as other social justice and human rights issues from race, ethnicity and gender to immigration and healthcare.

Among those planning to attend is a group from the Westminster Presbyterian Church in Wooster, Ohio, also home to the College of Wooster. Emily Oshinskie, a Young Adult Peace worker at the church, is among those making the trip.

“How do we as women stand up when we feel powerless in a lot of different ways?” asked Oshinskie. “It’s a great way to locally and nationally reframe our context by engaging in a national Women’s March. It helps bring the community together.”

The church is partnering with the local NAACP chapter, the Unitarian Universalist Fellowship, as well as the Office of Interfaith Campus Ministry and Center for Diversity and Inclusion on the college campus.

“Women are often left without a model in our larger political world. So I think this is a great moment for women to come together from across the nation and feel connected,” she said. “Women are being asked to reshape what leadership looks like and you have various identities coming into play including women of color and the LGBTQ community.”

Oshinskie says they’ve experienced a growing sense of purpose in the weeks leading up to the march.

“It’s cool to see a bus of women doing this and also have the support of men in our community. It’s really wonderful and encouraging. If you give women an opportunity to step up to the plate, they will,” said Oshinskie. “Even high schoolers in the community are getting excited. We see this as a self-esteem booster at a very trying time in our country for women.”

Oshinskie is hopeful the march will lead to some major shifts in thinking when they return home.

“How do we as a mostly white, traditionally male denomination bring up women leaders and women of color?” she asked. “This march will be a good springboard for a community to reflect and look back at ourselves and how we as a community, celebrate women leaders.”

Recognizing the significance and the importance of this historic event, Jewel McRae, Associate for Women’s Leadership Development & Young Women’s Ministries with PC(USA) Racial Ethnic & Women’s Ministries said, “In the words of Maya Angelou ‘Nothing will work unless you do,’ and as women we must be on the forefront and be advocates for justice.”

“I think this is a great opportunity for all women to stand in solidarity and support one another,” she added. “We must let our voices be heard. As women leaders in the church we have the power to make a difference. As disciples of Jesus Christ, we are called to a new way of life and to be bold enough to speak against all injustice.”

Organizers are hoping to model the event after the August 1963 march on Washington, where Martin Luther King, Jr. delivered his “I Have a Dream” speech. Their plan is to march on Independence Avenue at the southwest corner of the U.S. Capitol building and continue along the National Mall.

“We don’t have to stay in our own corners or in hiding. This allows us to be more vulnerable with each other and say what bothers us,” Oshinskie said. “To find encouragement and support from each other and bring these issues to the surface. In our digital society, we tend to isolate ourselves and I think it’s great to bring folks together physically.”

Helen Siegel is a College of Wooster senior and geology major who is also attending the Women’s March. She attends UKirk and campus ministry activities and is involved on campus with the student-run Living Wage Campaign, which advocates for workers on campus to be paid a living wage from the college.

“While attending college, I was challenged to think about my beliefs and what it means to be a faithful follower. Is it enough to be sympathetic to a neighbor’s plight or does God require something more? How active do we really need to be? Putting your faith to the test and acting against injustice is a necessary part of building a relationship with God,” she said.

“In order to grow, the church needs to reach out to college communities and encourage social activism,” continued Siegel. “Acting on faith helps to challenge and enrich the existing church community as role models and examples for young adults, giving them the guidance and insight to make meaningful and sustainable change.”