On Saturday the 225th General Assembly confirmed the re-election of the Rev. Dr. Tom Taylor 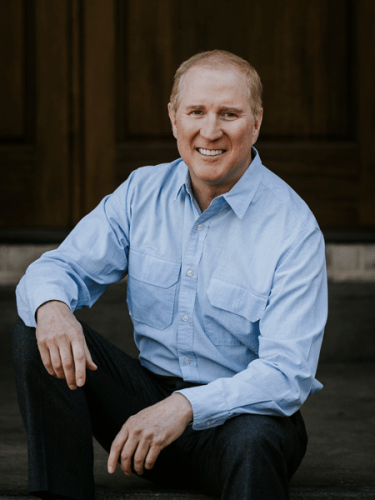 The Board of Trustees of the Presbyterian Foundation unanimously re-elected Tom Taylor as President and CEO at a December board meeting, making him eligible for a fourth term. The election was confirmed by the General Assembly.

“I am humbled and honored to be re-elected to serve as President and CEO for another term,” Taylor says. “I care for and admire deeply the many faithful pastors, congregations and ministries across the Presbyterian Church. I am grateful for this opportunity to continue this important and energizing work, along with a remarkably talented staff.”

Outgoing Foundation Board of Trustees Chair Rev. Dr. Neal Presa and Incoming board chair the Rev. Wonjae Choi presented the overture to the committee, highlighting Taylor’s record of success, theological grounding and deep understanding and knowledge of the church.

Presa pointed to Taylor’s record of gathering, stewarding and distributing gifts for ministry. Under Taylor’s leadership, “the Foundation did not merely grow in new gifts. Tom helped to reverse an 11-year downward trend in giving, increasing new gifts and investments between 2010 and 2021.” That resulted, Presa noted, in the largest amount of new gifts in the 223-year history of the Foundation, which was slightly more than $146 million in 2021.

Choi referred to Taylor as a dynamic leader who has a unique set of skills to lead in today’s PC(USA). “The Foundation board believes that Tom Taylor’s background as an experienced ordained pastor, an attorney, a professor, a published author, and his experience in missions having traveled, studied, or worked in over 55 countries worldwide — these attributes uniquely qualify him to lead the Foundation in its combination of missional and business complexities for another term of office,” Choi said.

Taylor came to the Foundation in 2010 as President and CEO. Under Taylor’s leadership, multiple indicators of success have dramatically increased. When Taylor began, the Foundation’s annual gifts had declined to $18 million. Ten years later, in 2020, the annual amount received was over $100 million. An even higher total is anticipated when 2021 calculations are complete.

Serving churches and the PC(USA)

Beginning in 2012, the Foundation created an online giving tool for congregations and ministry organizations that takes in electronically donated funds and handles all administrative and accounting services for them. In 2020, when COVID-19 required many churches to suspend in-person worship, the annual number of gifts given through the online giving tool more than tripled from the previous year, and the number of donors who gave that year to their churches and ministries through the Foundation quadrupled.

Most heartening, according to Taylor, is that since he took leadership in 2010, the Foundation has distributed over $828 million to ministries and missions nationally and around the world.

In addition to several quantitative indicators of success, the Foundation has come to shepherd several key programs in the PC(USA). The Foundation is partnering with the National Ghost Ranch Foundation to oversee the facilities and programming of Ghost Ranch Camp and Conference Center in Abiquiu, New Mexico. The Foundation also manages the Theological Education Fund, which raises funds for PC(USA) seminaries, and the Jarvie Commonweal Service Program, which provides elder care in the New York City region.

The Rev. Tom Taylor, J.D., Ph.D., has served as an attorney, a theologian, a professor, an author, a pastor, and the Deputy Executive Director for Mission at the Presbyterian Mission Agency just before joining the Foundation.

At the time of Taylor’s hiring, the Board noted that his broad set of experiences and skills made him uniquely qualified to lead the Foundation, especially during this time of dramatic change in philanthropy and culture.

Taylor began his career as an attorney in Salt Lake City, Utah, practicing in litigation with the law firms of Snell & Wilmer and with Snow, Christensen & Martineau. Tom has taught courses and educational seminars for Princeton Theological Seminary, Azusa Pacific University, the University of Illinois—Urbana-Champaign, and Fuller Theological Seminary.

Taylor has published numerous academic and popular articles on the interaction of religion, law, and culture. His books include the award-winning “Seven Deadly Lawsuits: How Ministers can Avoid Litigation and Regulation” (Abingdon Press, 1996) and “Paradoxy: Coming to Grips with the Contradictions of Jesus” (Baker Books, 2006).

Robyn Davis Sekula is Vice President of Communications and Marketing at the Presbyterian Foundation. She is a ruling elder and member of Highland Presbyterian Church in Louisville, Kentucky. She can be reached at robyn.sekula@presbyterianfoundation.org.